If You Can't Make It, Fake it 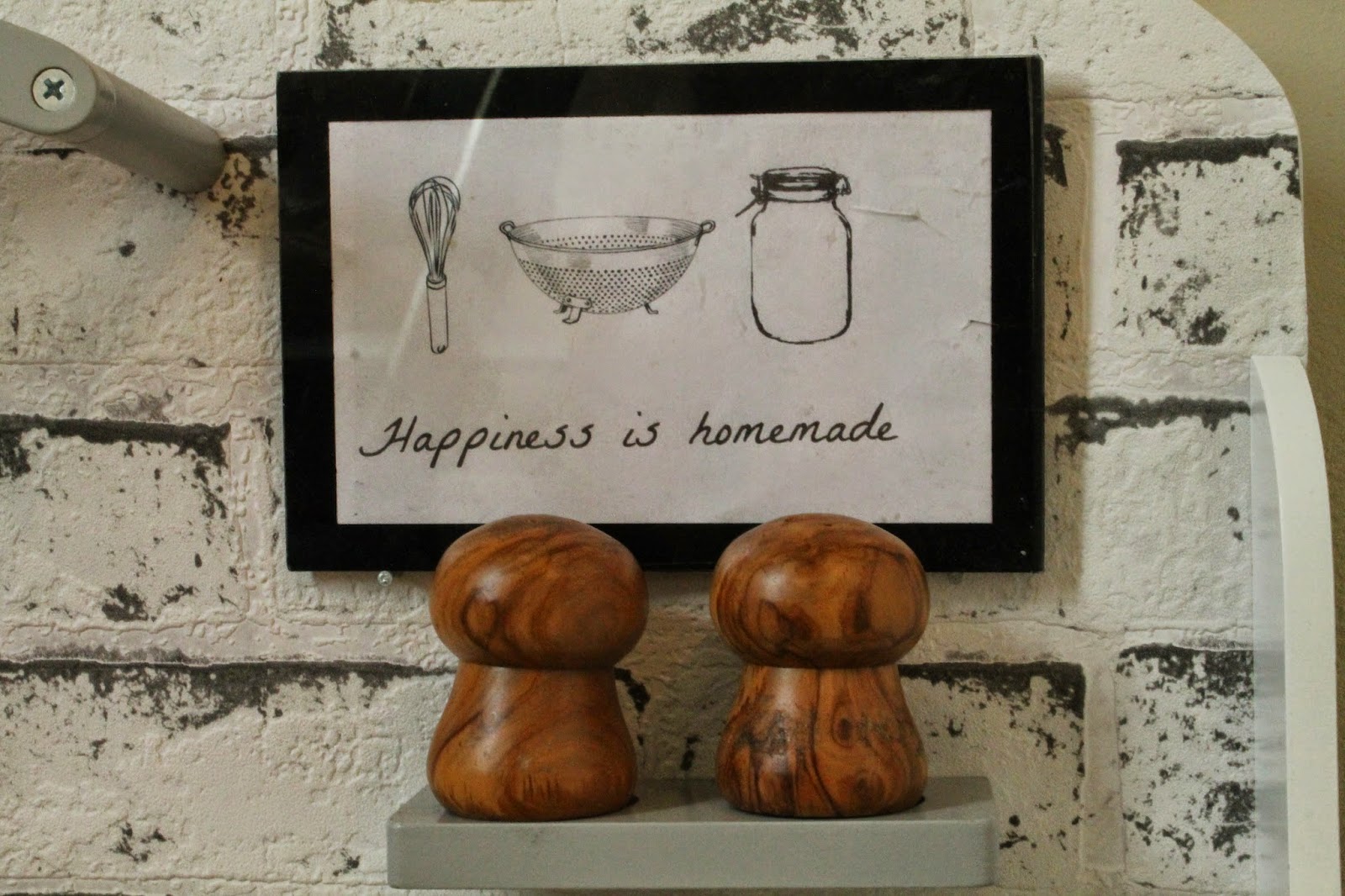 I'm not gonna lie. Before Livia was even born, I was dying to get a play kitchen for her. The play opportunities are endless and they probably rank on the cuteness scale somewhere around small puppies and newborn toes. This past Christmas I couldn't resist any longer. Pinterest (curse you Pinterest and your wily, addictive ways!) was chock full of the most adorable DIYed play kitchens known to motherkind and I just could not say no any longer. Livia I had to have a play kitchen. Always the one to make things simple on myself I decided that I especially needed to have a DIYed one. There are lots of premade ones out there that get the job done but I wanted one that would be uniquely ours. Visions of entertainment centers or nightstand tables turned genius play kitchens began to dance before my eyes. And thus came my first snafu: I don't own a saw. Nor do I really know how to use one. Nor did I want to go to the effort of acquiring one and attempting to keep all my limbs in their original places. Sigh. It took awhile, but rather than accepting DIY defeat it occurred to me that rather than starting from scratch (or practically) I could start with a base and go from there. Thus, lil' red came into the picture: 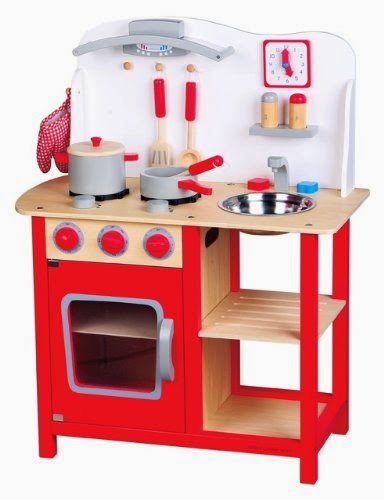 Now while very cute in it's own right, there were two things it just didn't have going for it. For one, it was just a little too generic for my liking.Why make it simple when you can make it complicated, right? Number two, it's red. Not that I have anything against red, but nothing in my home is red these days and I didn't see making an exception here happening. The beauty of ordering it online however was that when it all arrived in pieces, they were just begging me to put a little DIY stamp on them. So before putting it all together, I started changing pieces to my liking: 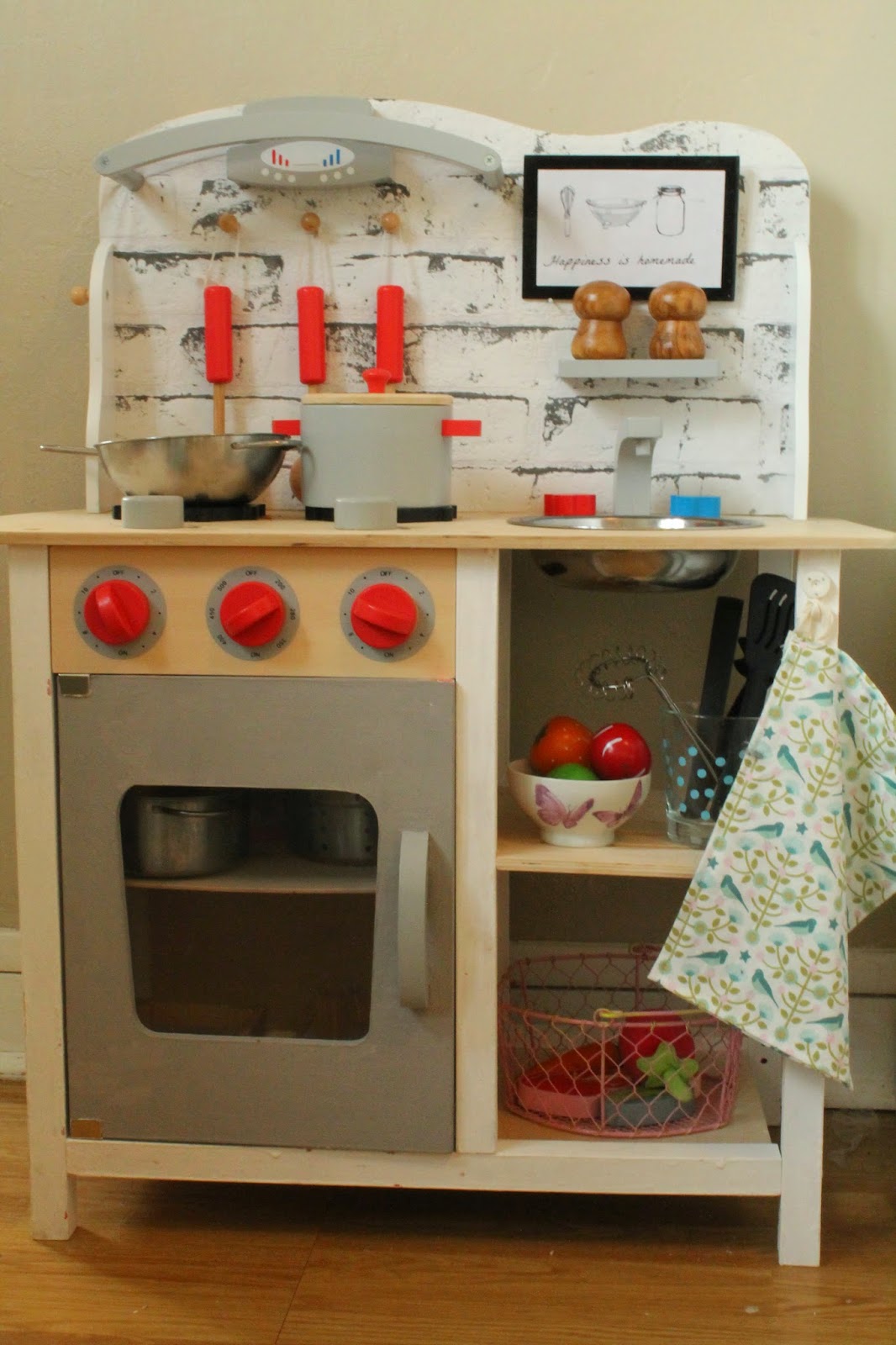 I began by painting all of the red parts either white or gray (a bit more living room friendly). I decided to leave the knobs and handles the original color to give it a little extra pop of color. The backsplash was made with some leftover wallpaper that I had on hand from the kitchen redo I did awhile back. I just traced out the shape of the backsplash onto the paper, cut it to size and duct taped it on. (And poked some holes for the knobs/shelves to screw into later) 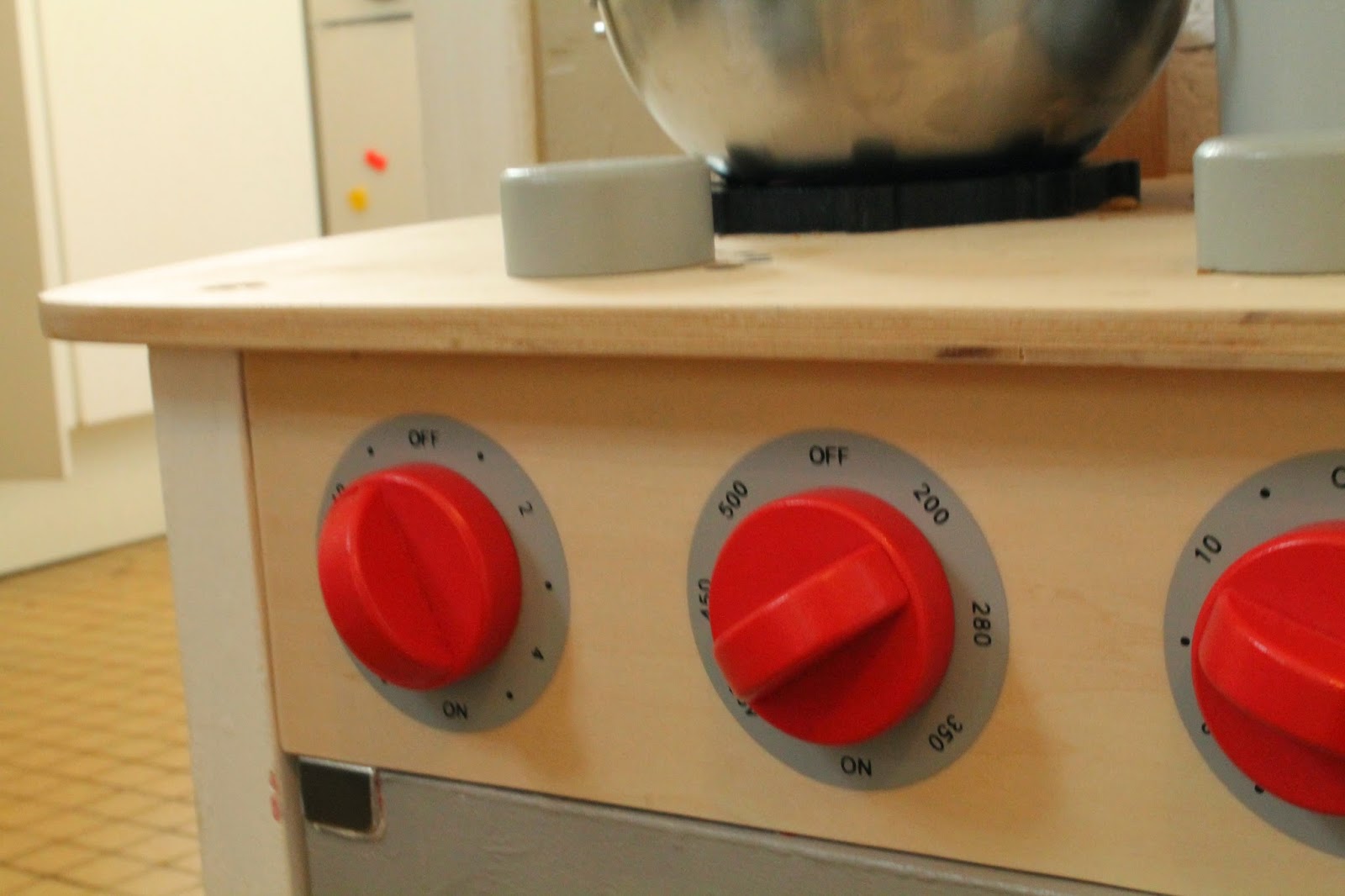 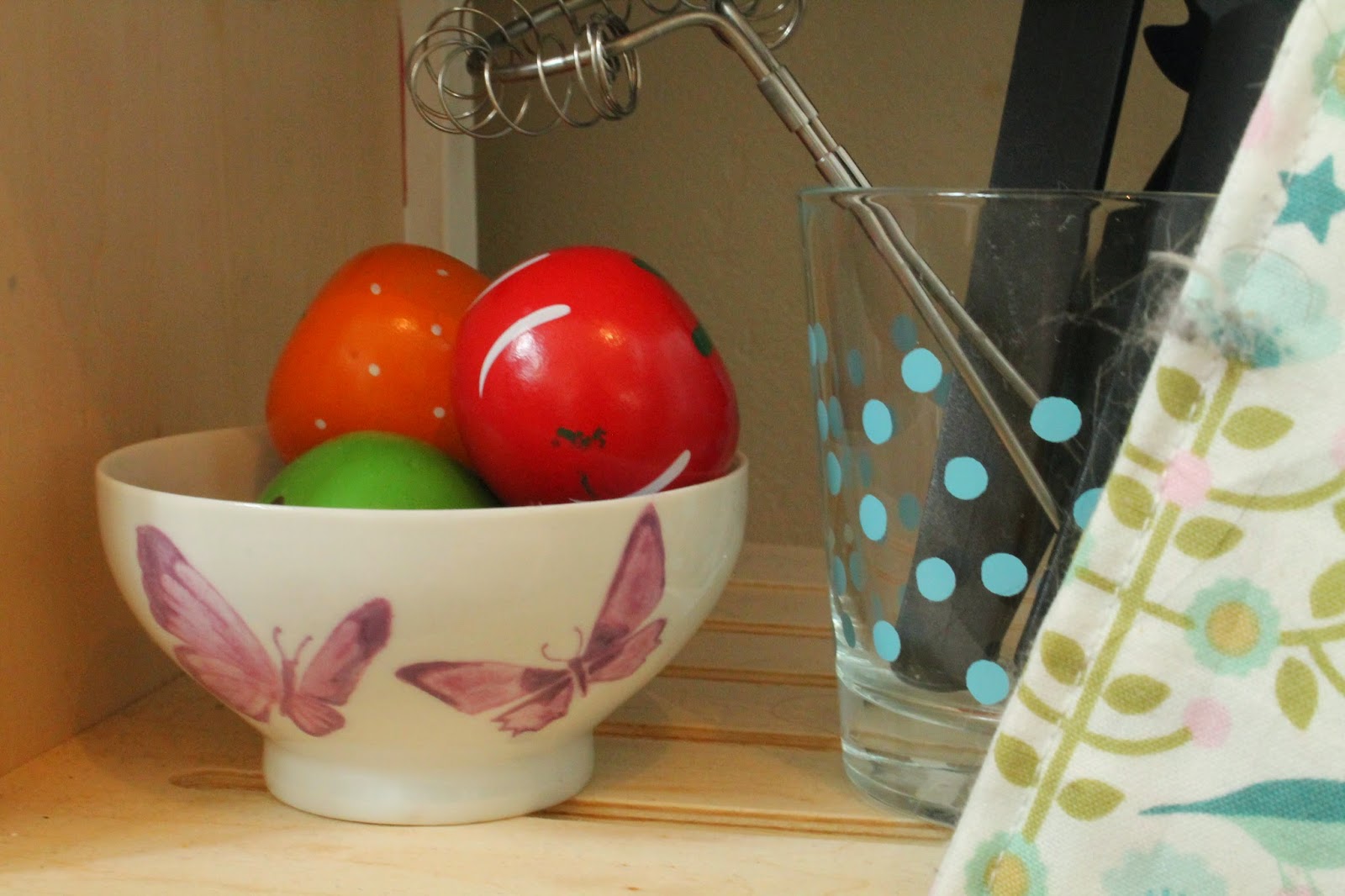 The happiness print I found randomly by doing a Pinterest search for free kitchen printables. It was so fitting so I decided to go for it. I made the towel (yes, that's correct--I actually sewed something successfully) was made from some fabric I already had on hand from back when I was toying with the idea to make an infant skirt for Livia (you can see how on top of that idea I was). Then I just swapped out the salt/pepper shaker for some pretty wood ones and added in a few Ikea appliances to add a little bit of shine to her pots and pan collection. 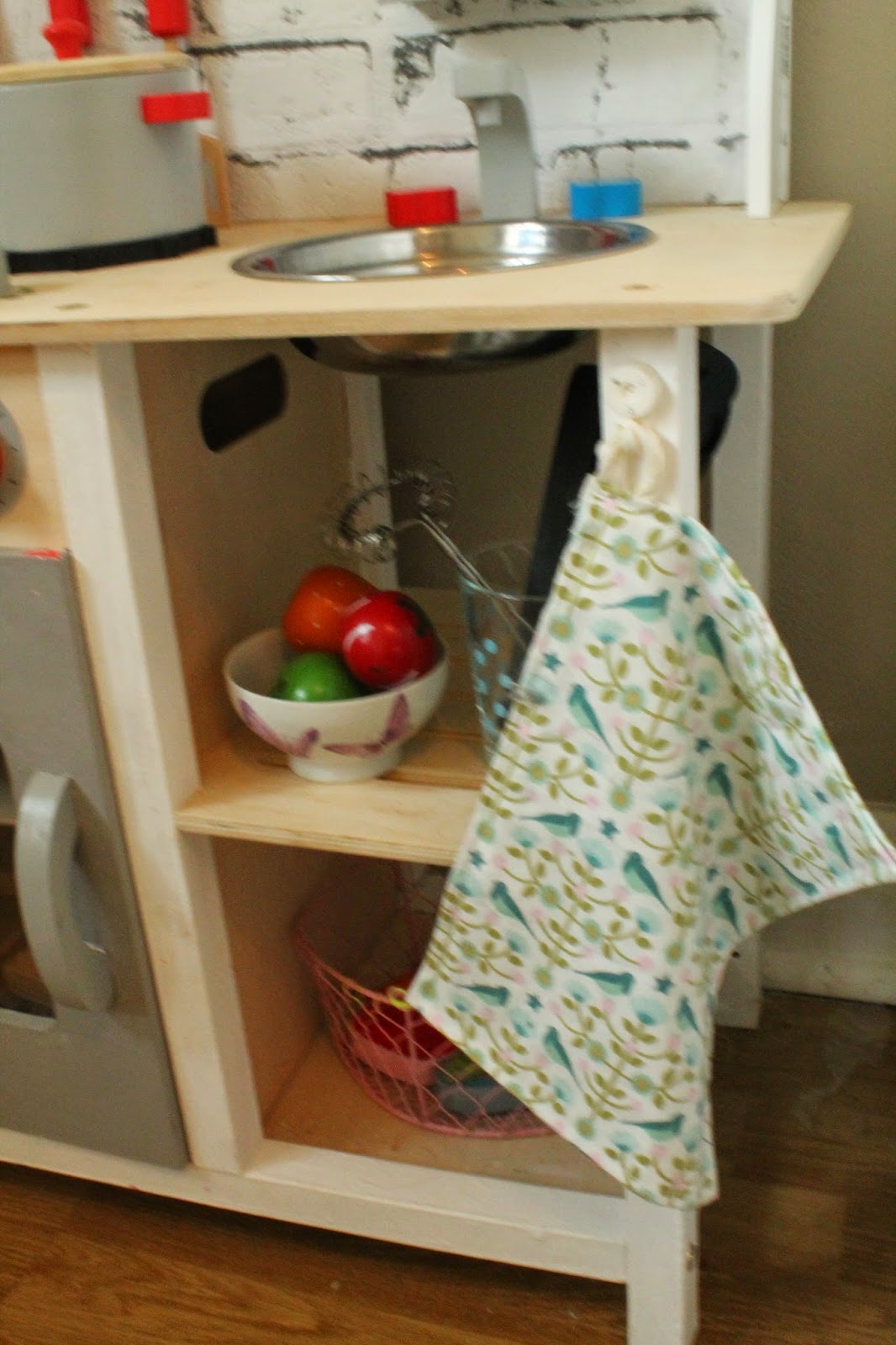 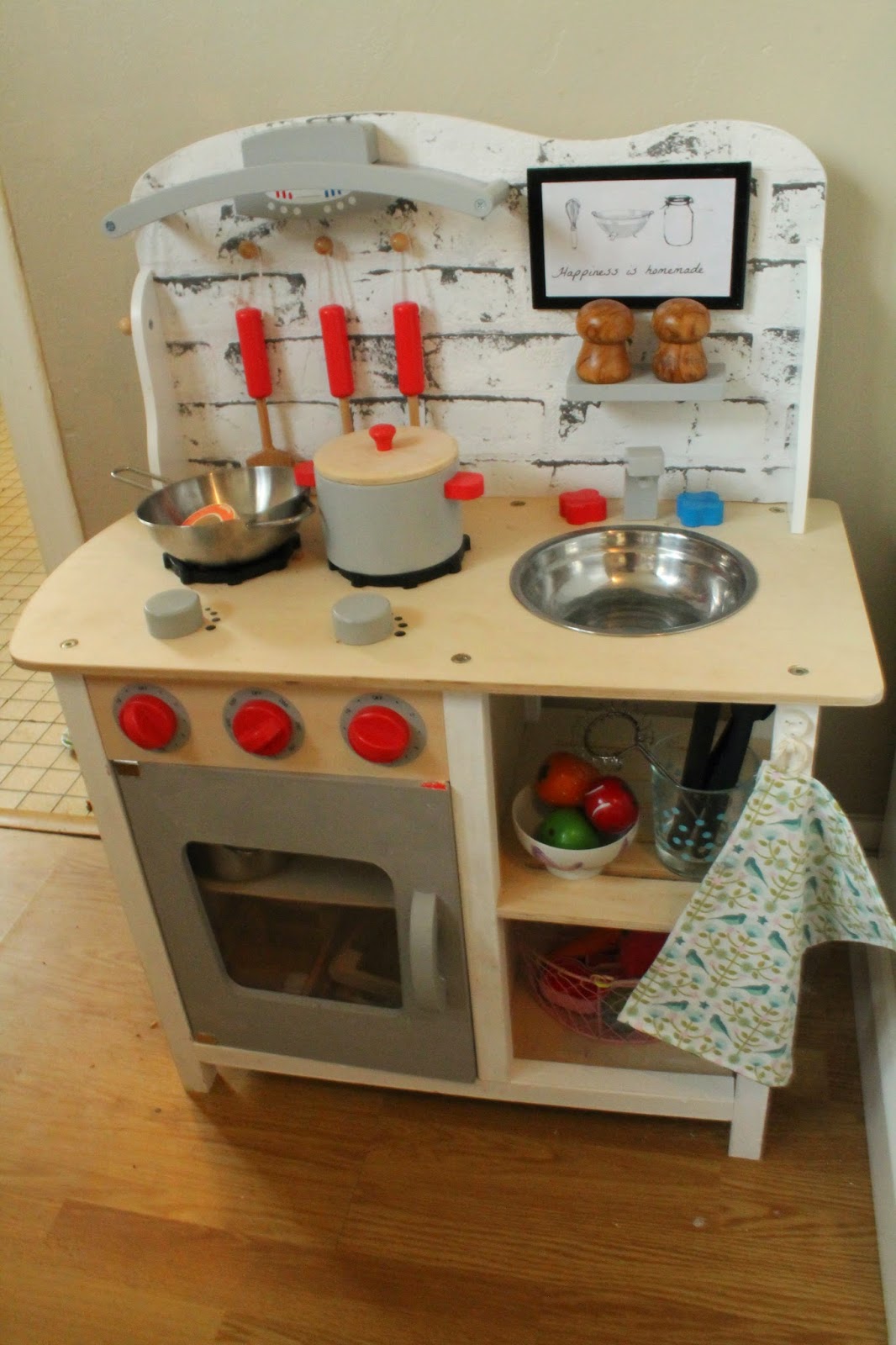 I look forward to adding to it as time goes on--I'm thinking I might attach a chalkboard grocery list on the side at one point. Also, more storage next to it would be nice so maybe I can find some fun vintage crates to stack or whatnot. We'll have to see! 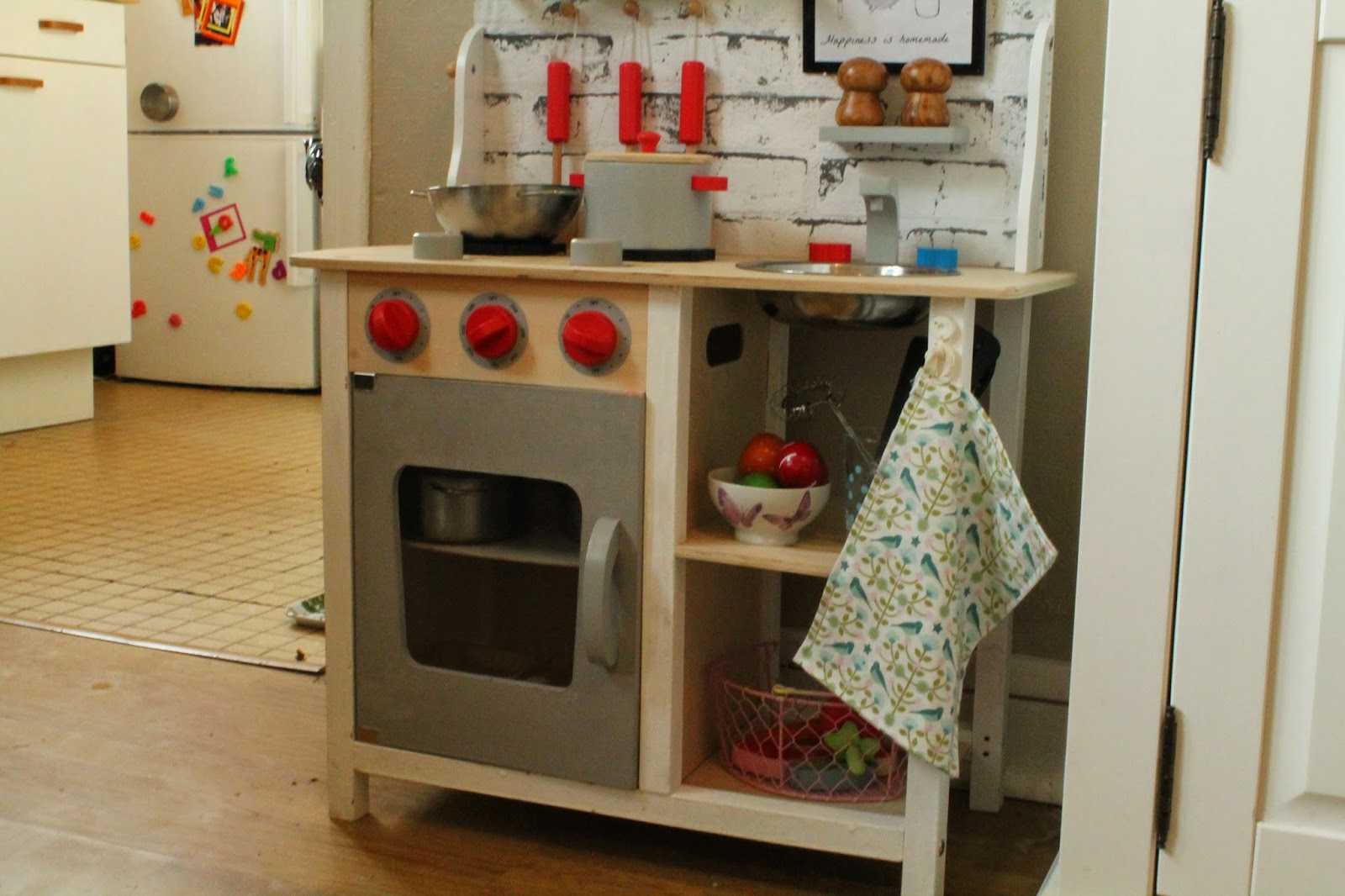 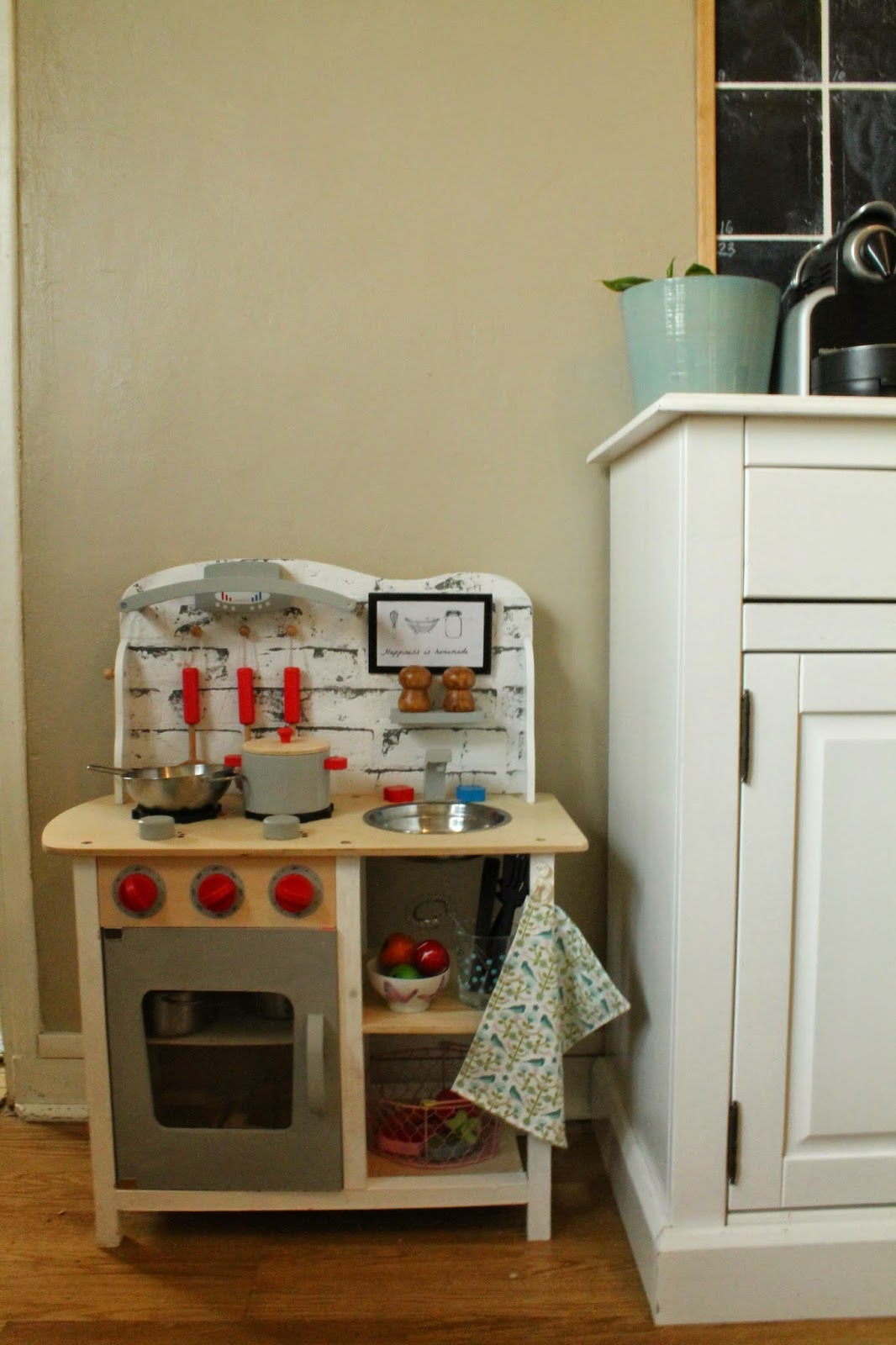 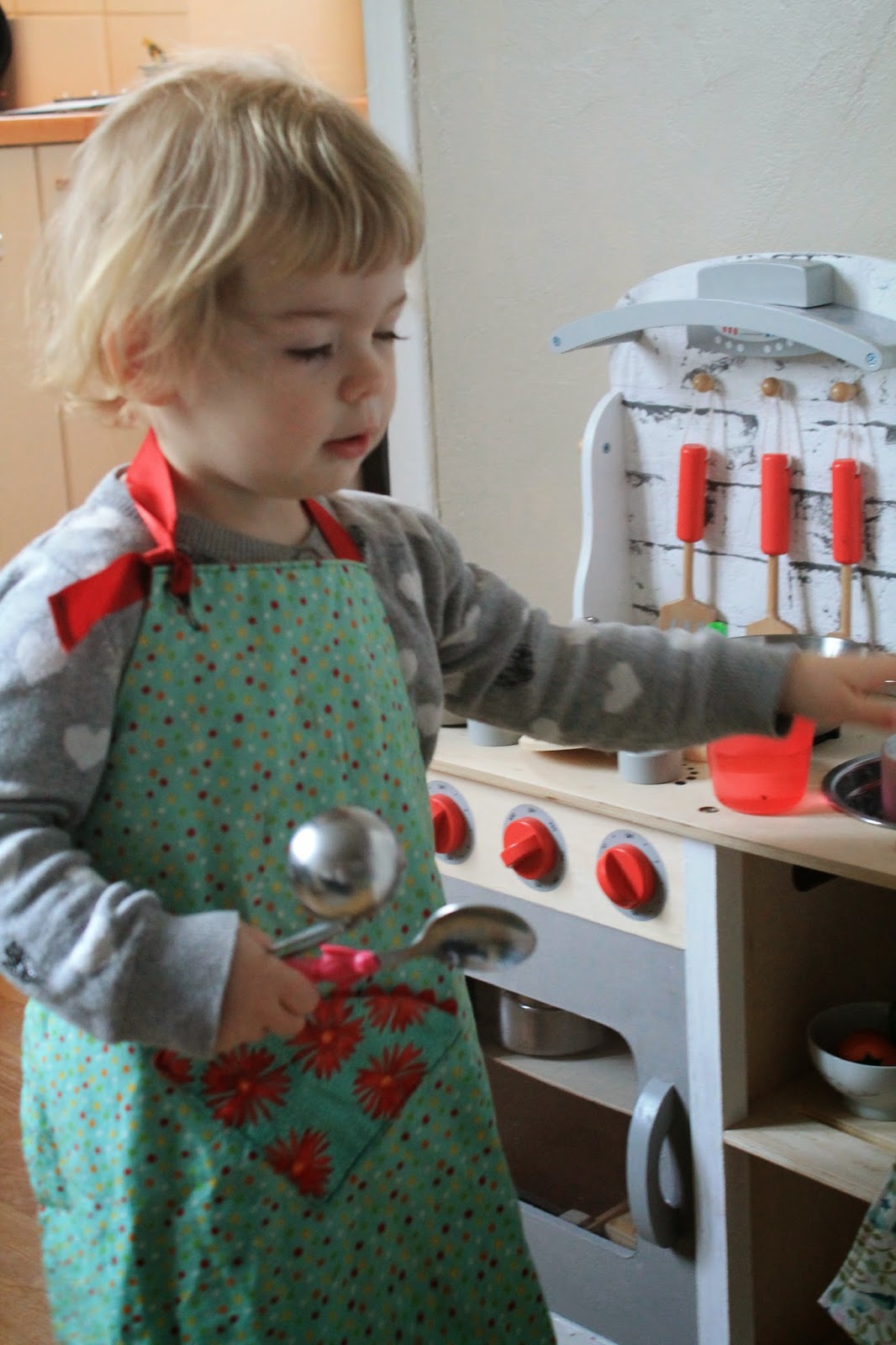 This kid loves it. So far she does a lot more pantry organizing than actual cooking but hey, not all master chefs happen overnight, right? Livia is also modeling a lovely reversible apron given to her for Christmas by her bestie Julia and made by Julia's grandma, Joyce. Needless to say she loves it and even though the photo doesn't show it, it has definitely been put to good use, currently being covered in cookie crumbs. 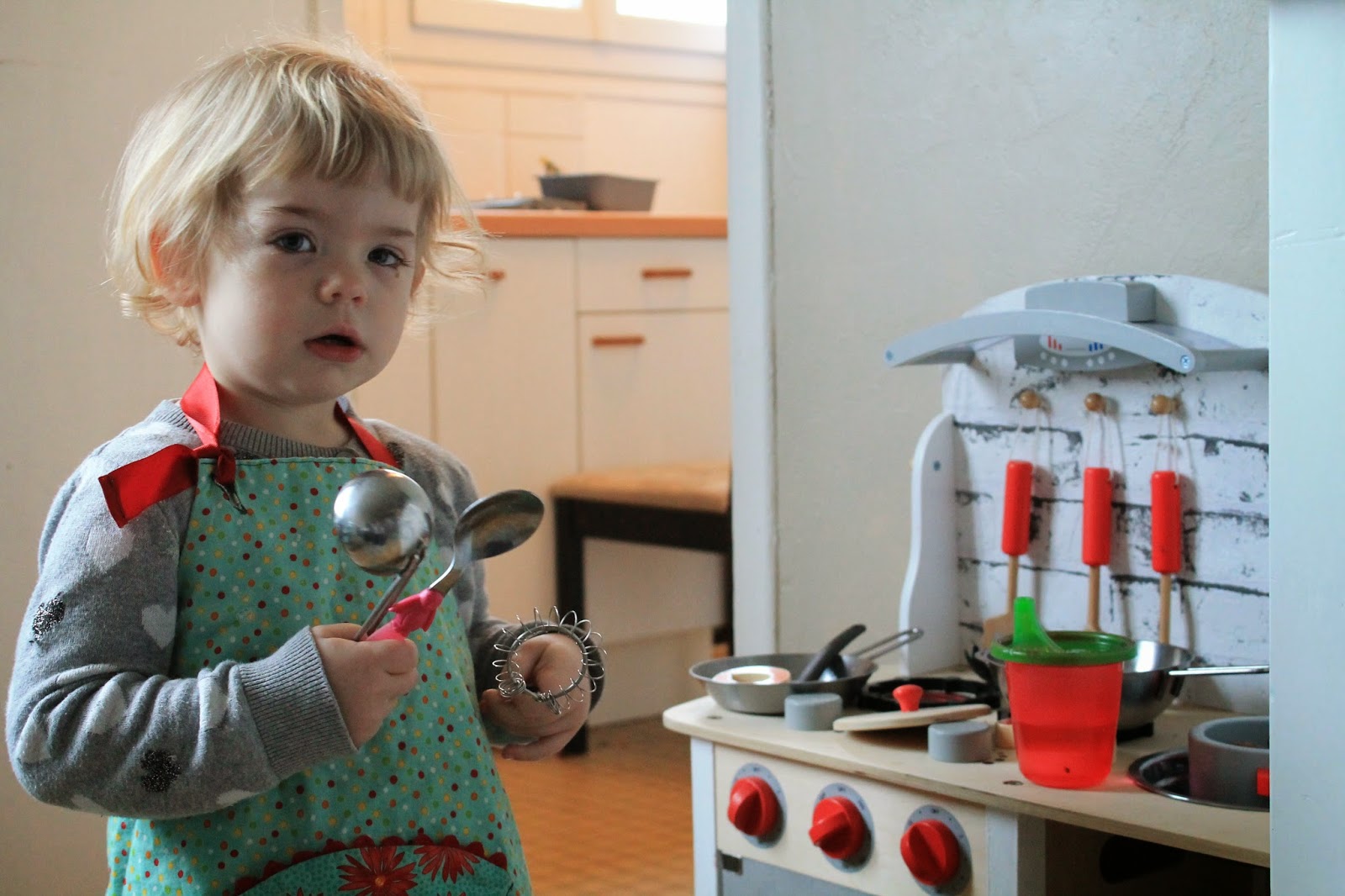 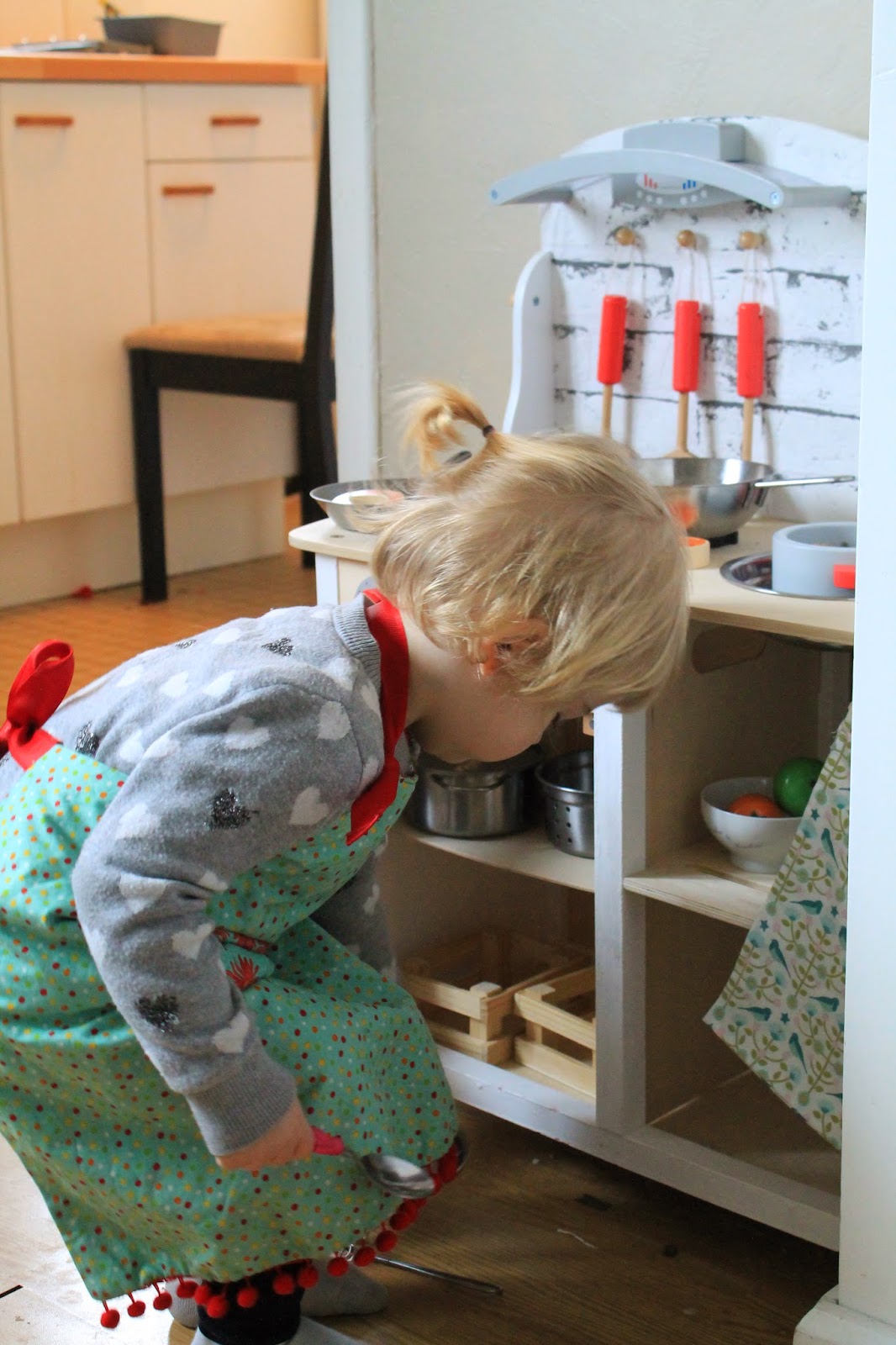 She looks so cute! And happy! Success!