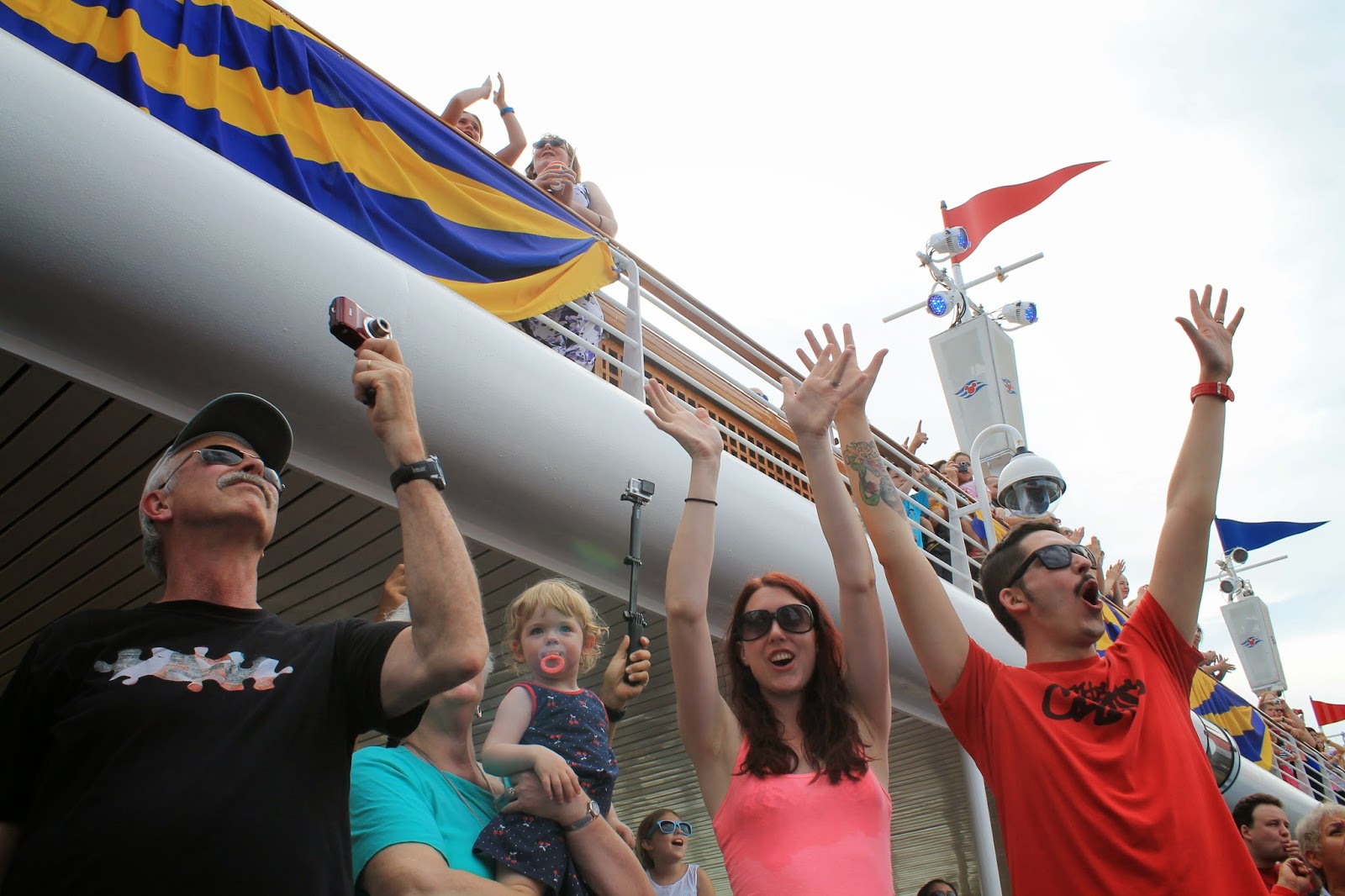 Greetings! We are currently soaking in as much sunshine as we can get while overlooking the gorgeous Lake Geneva on the french border in the town of  Evian (yes like the bottled water). It's been quite the traveling whirlwind lately and I have to admit that it was a bit mind blowing the other day as I was doing an early morning jog while looking at the Swiss shore and realizing that less than a week ago I was doing my jog while on a Disney cruise ship overlooking the Grand Cayman shore. Did I say cruise ship? I did, didn't I. Yep, my parents super generously provided my sister and I and respective adopted family members with a week long cruise in the Caribbean. It was amazing. Although I have to admit, as a mom to a toddler and wife to a busy man in ministry, I'm not sure if the best part was the exotic setting or the fact that I didn't have to cook or clean for a whole week. (Can I get an amen? They even made my bed twice a day...heaven!)
It was a 5 day cruise, starting in Miami and making it's way first to Grand Cayman island and then Castaway Cay before heading back to port in Miami. Castaway Cay is Disney's own private island in the Bahamas and I guess if anyone is going to have a private island, it would be Disney. Here are some of the highlights:

1. 24 hour beverage station: can we say free refills anyone? I'm sure I probably took a few years off my life with the amount of Diet Cokes I consumed.

2. Tons of activities: we took a cooking class, there were toddler art activities for Livia, ping-pong and shuffle board galore, aka no reason to get bored aboard (pun intentional).

3. Pirate night (see below).  Otherwise known as an excuse to get my husband to put an eye patch and a bandanna on. Too bad I couldn't get him to say 'arrrgh'. Not sure it would have been believable anyways considering his tee shirt says 'enjoy and smile today.' Just sayin'.... 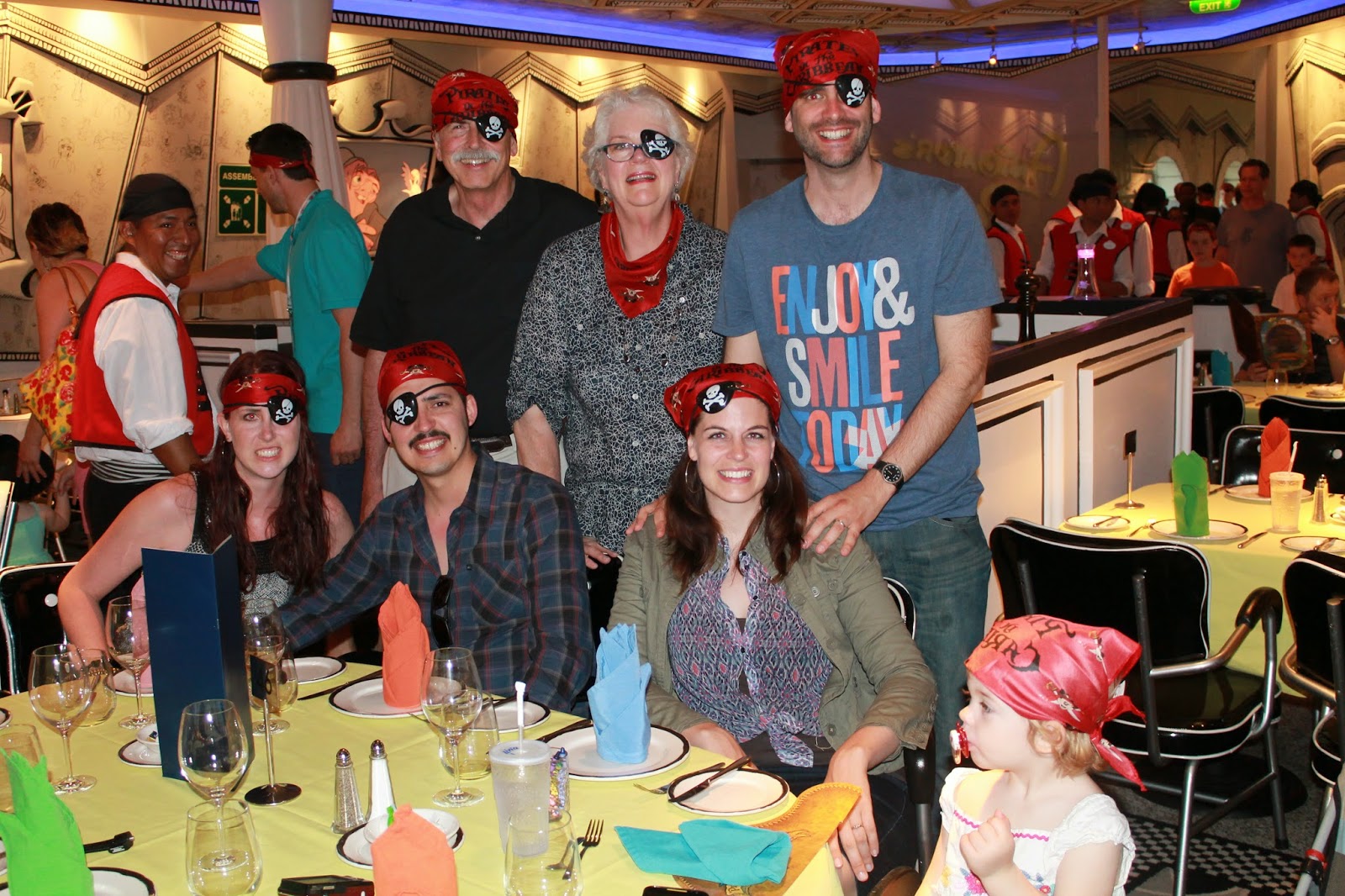 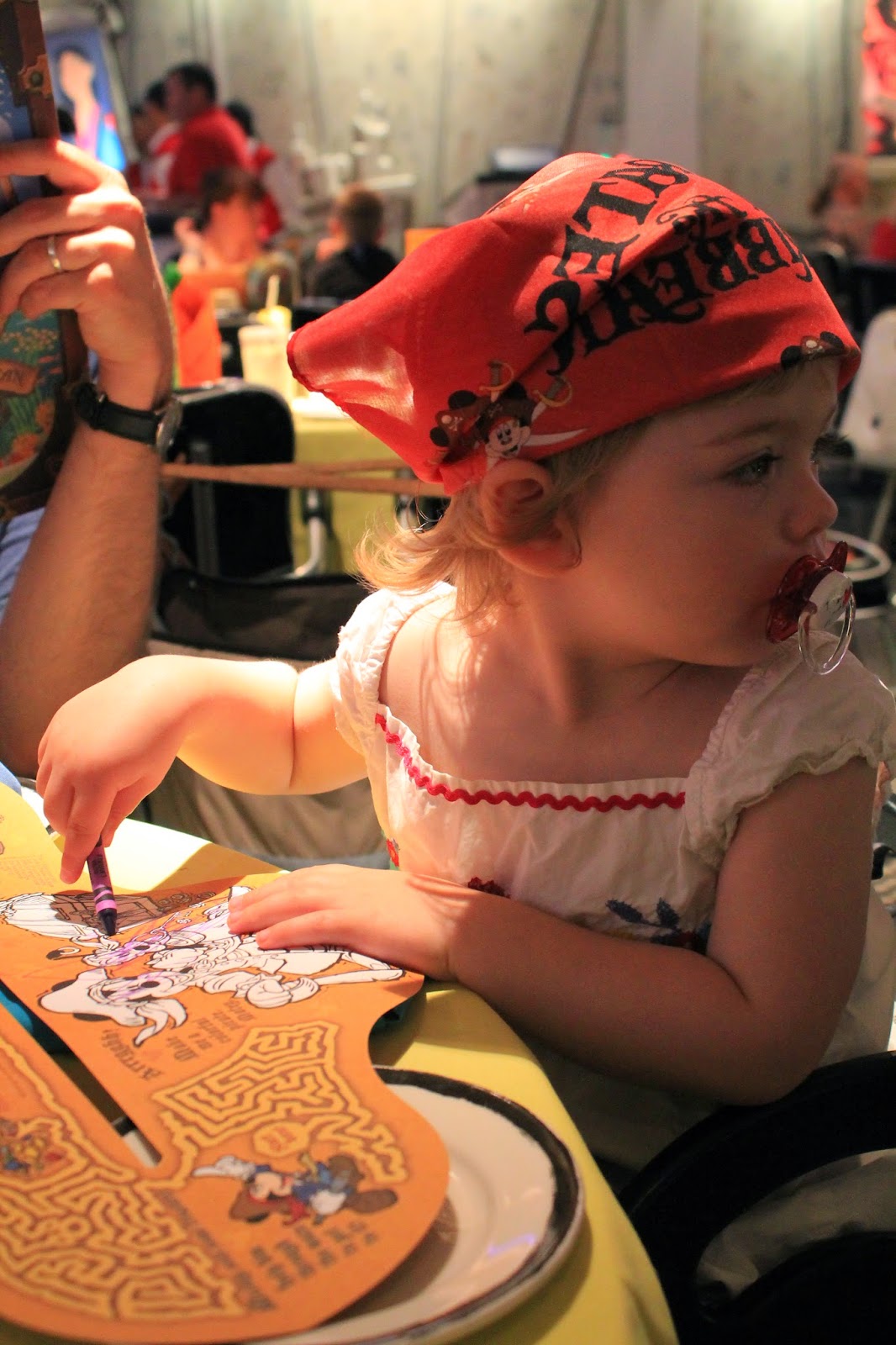 The cutest pirate in the room and with matching pacifier.

4. The fireworks show after Captain Hook takes over the deck party and Mickey saves the day. 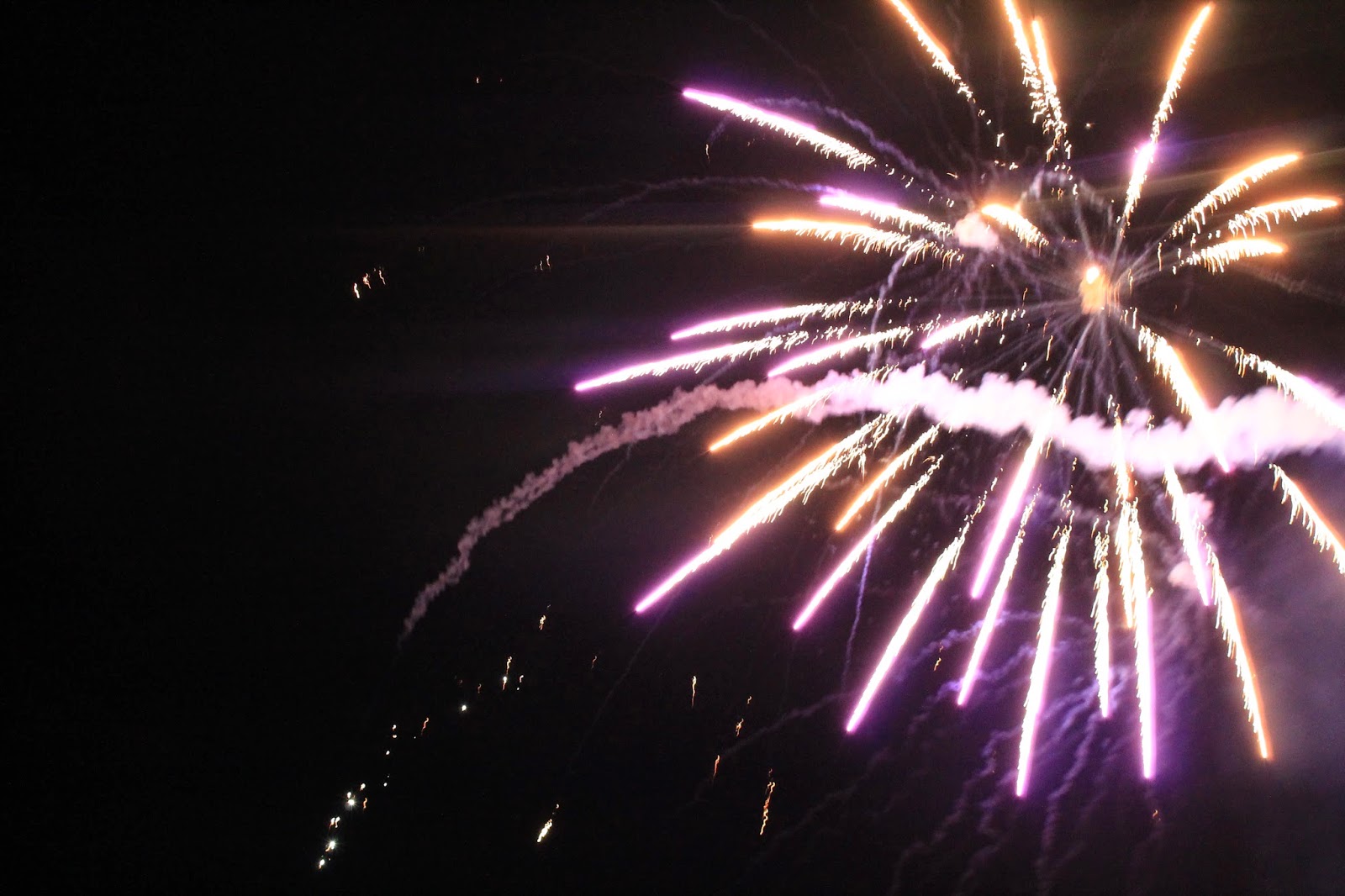 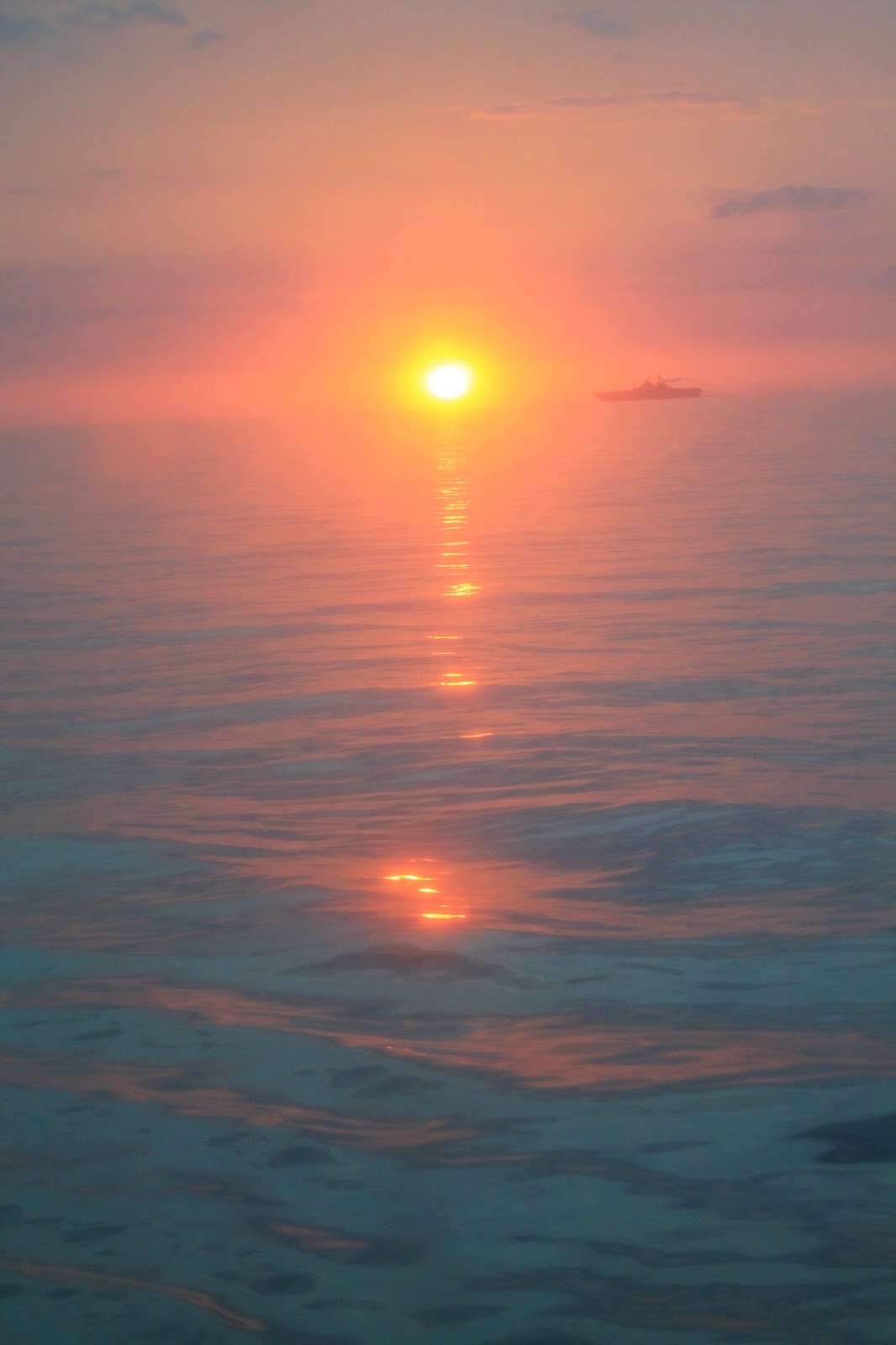 6. Our awesome semi-submarine ride. Minus the last 20 min when seasickness kicked in. Who doesn't love seeing Nemo fish close up? And taking pics in super weird lighting? 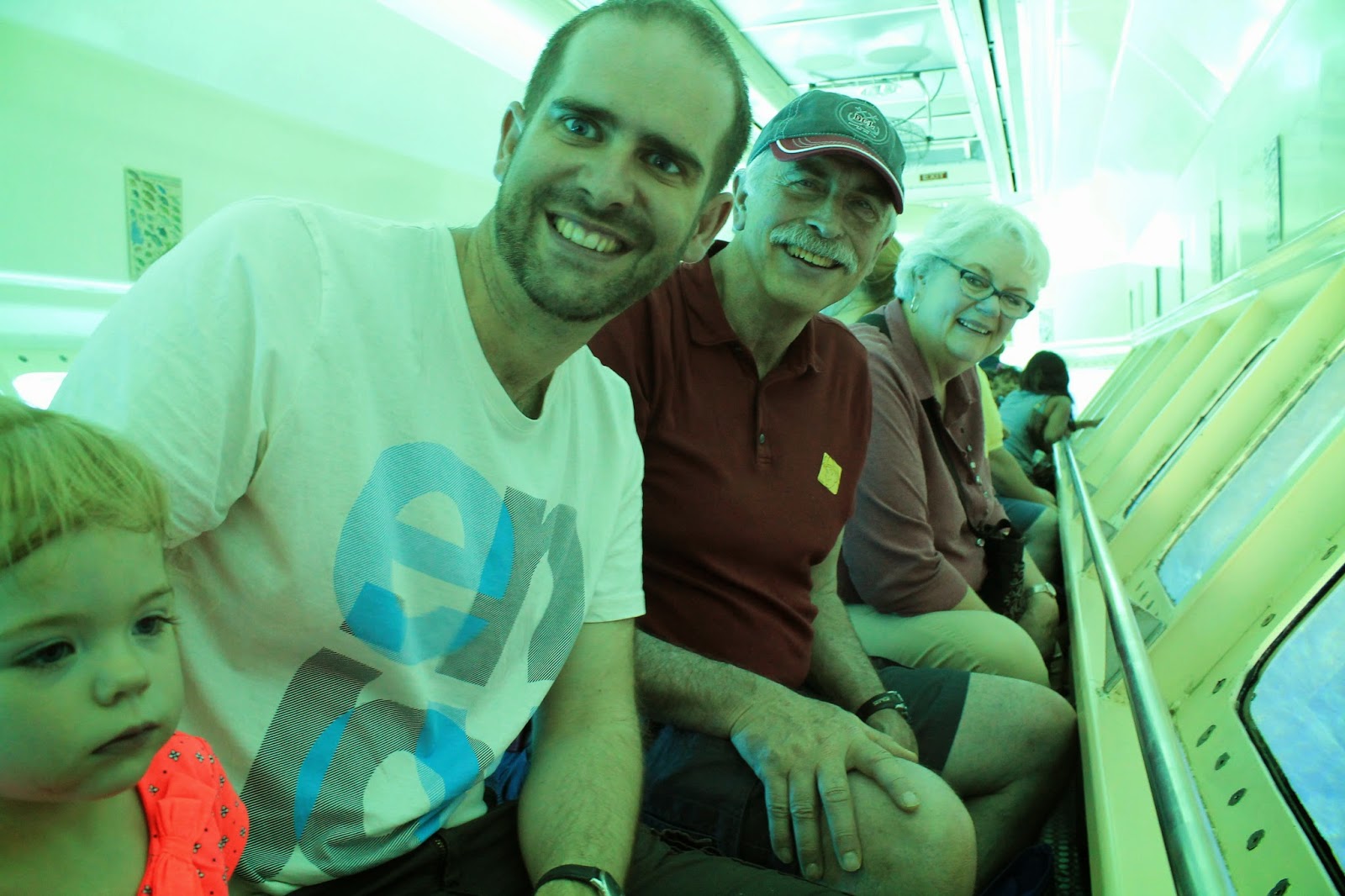 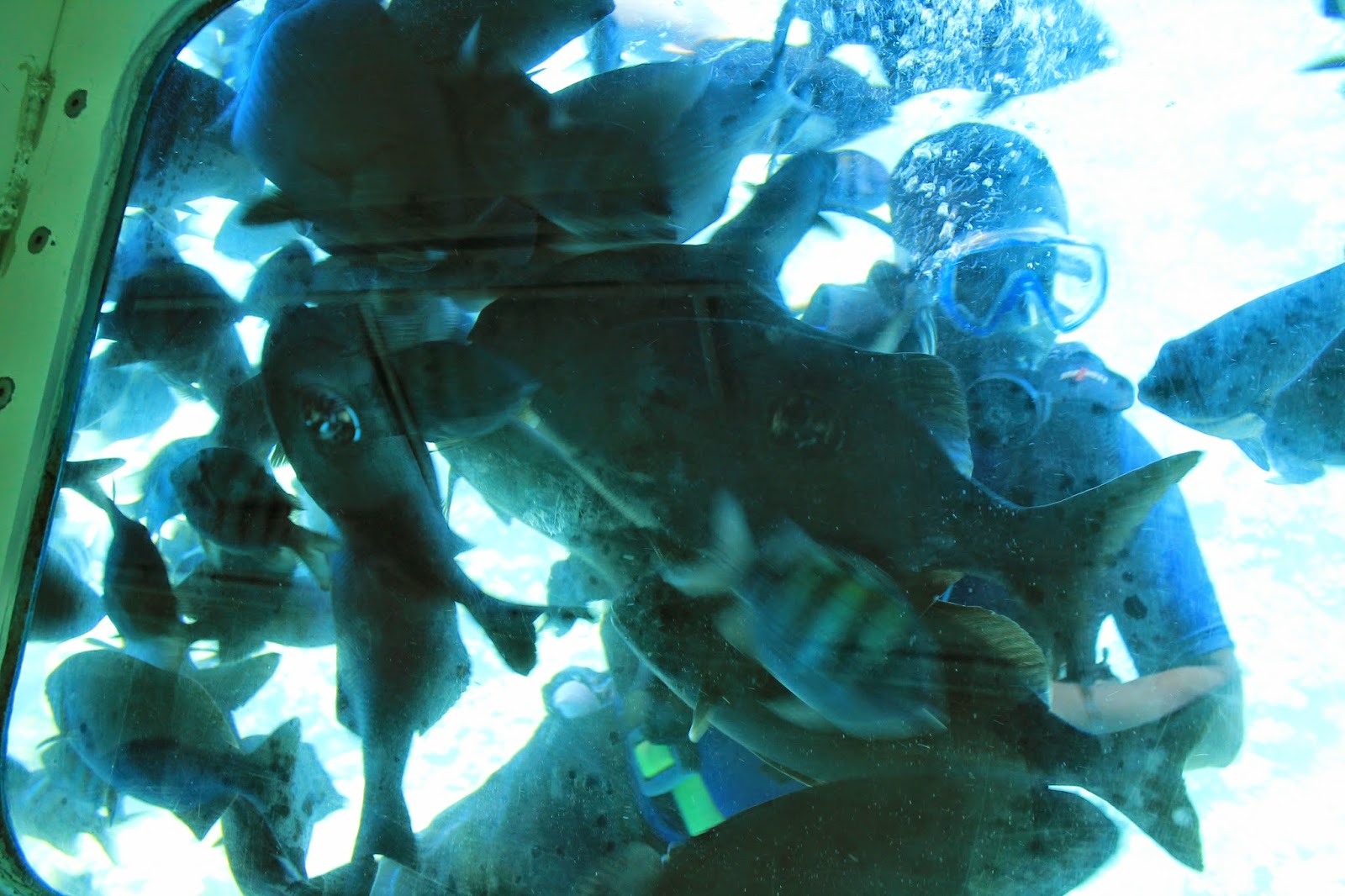 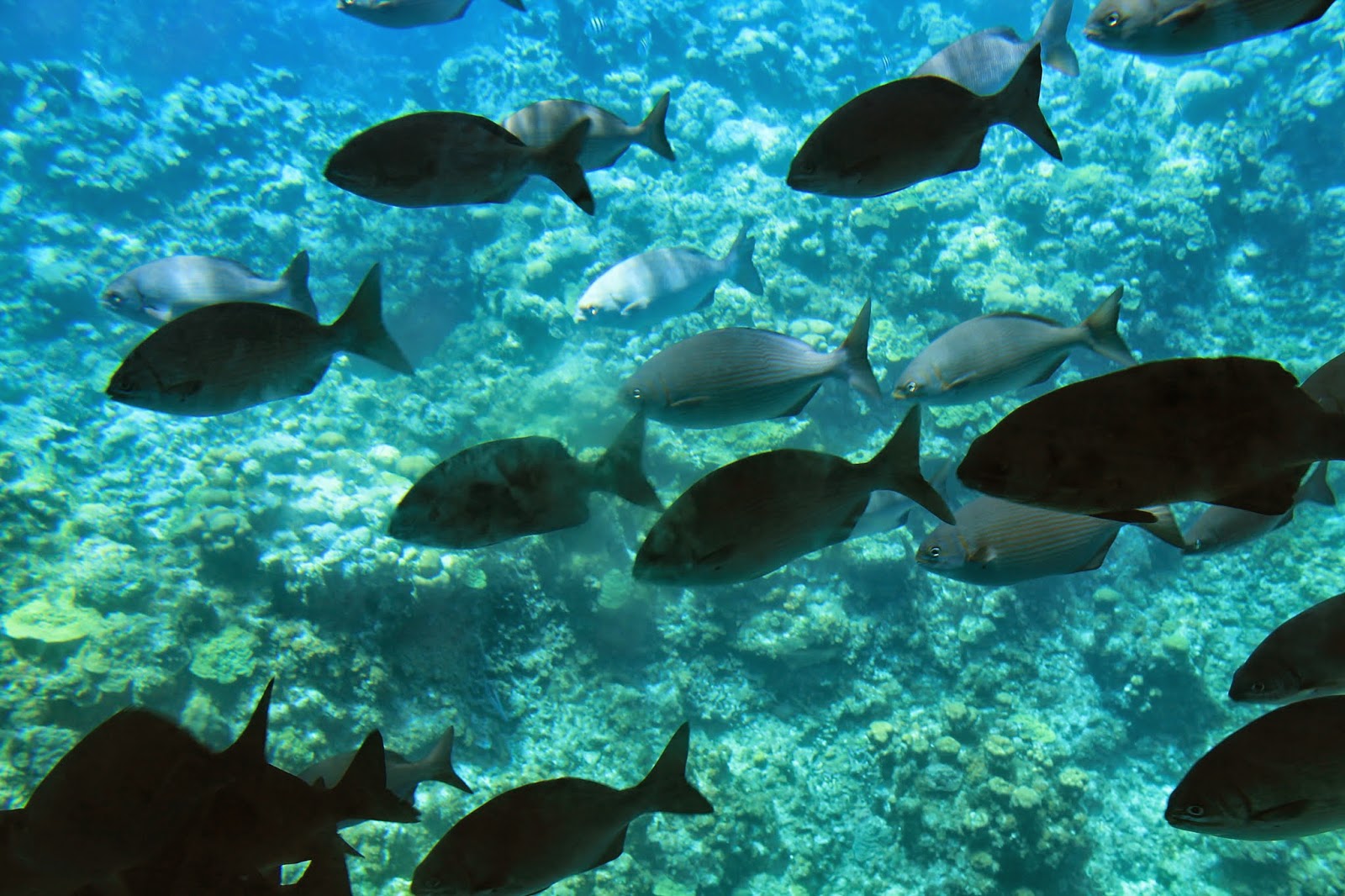 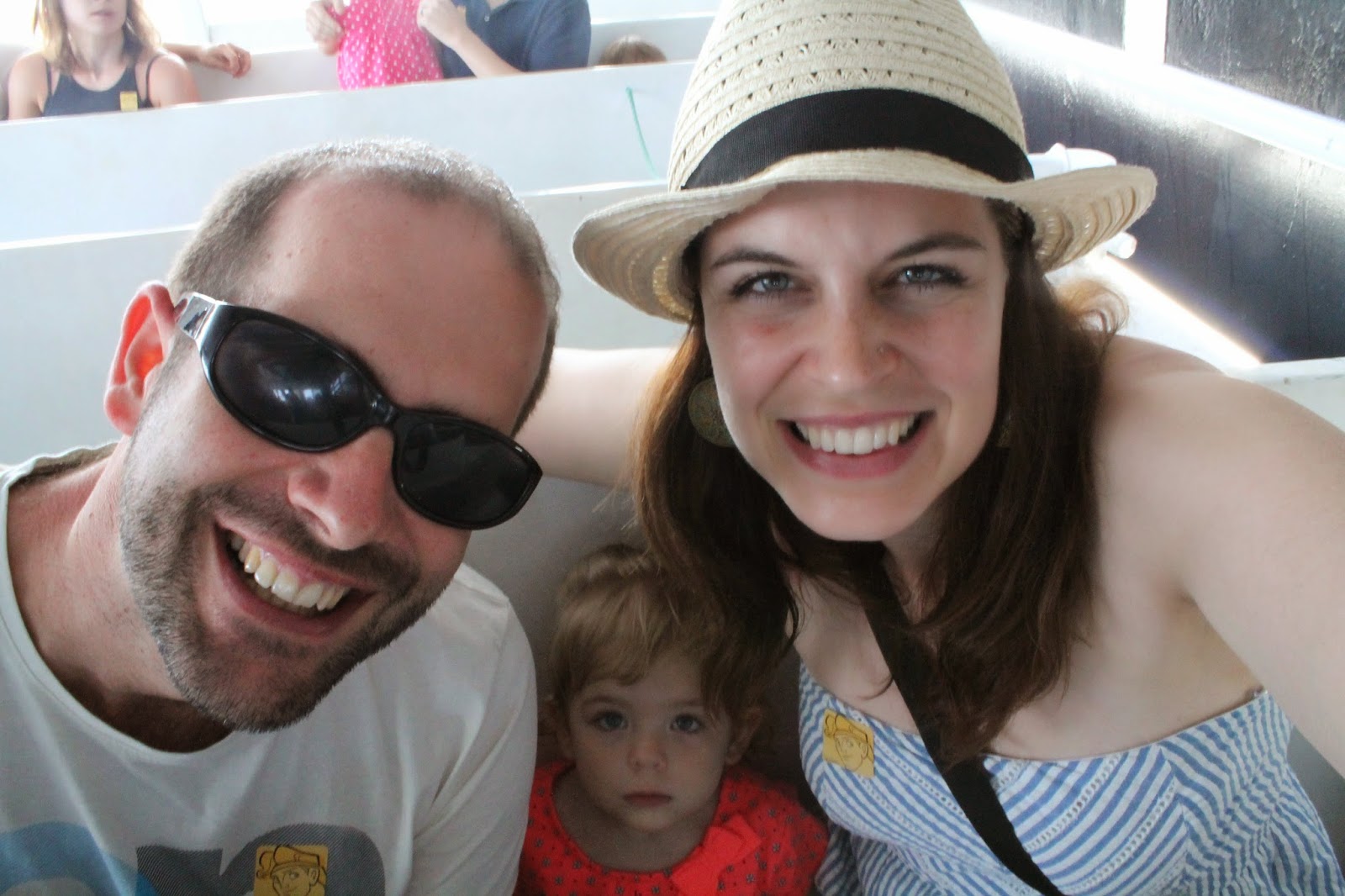 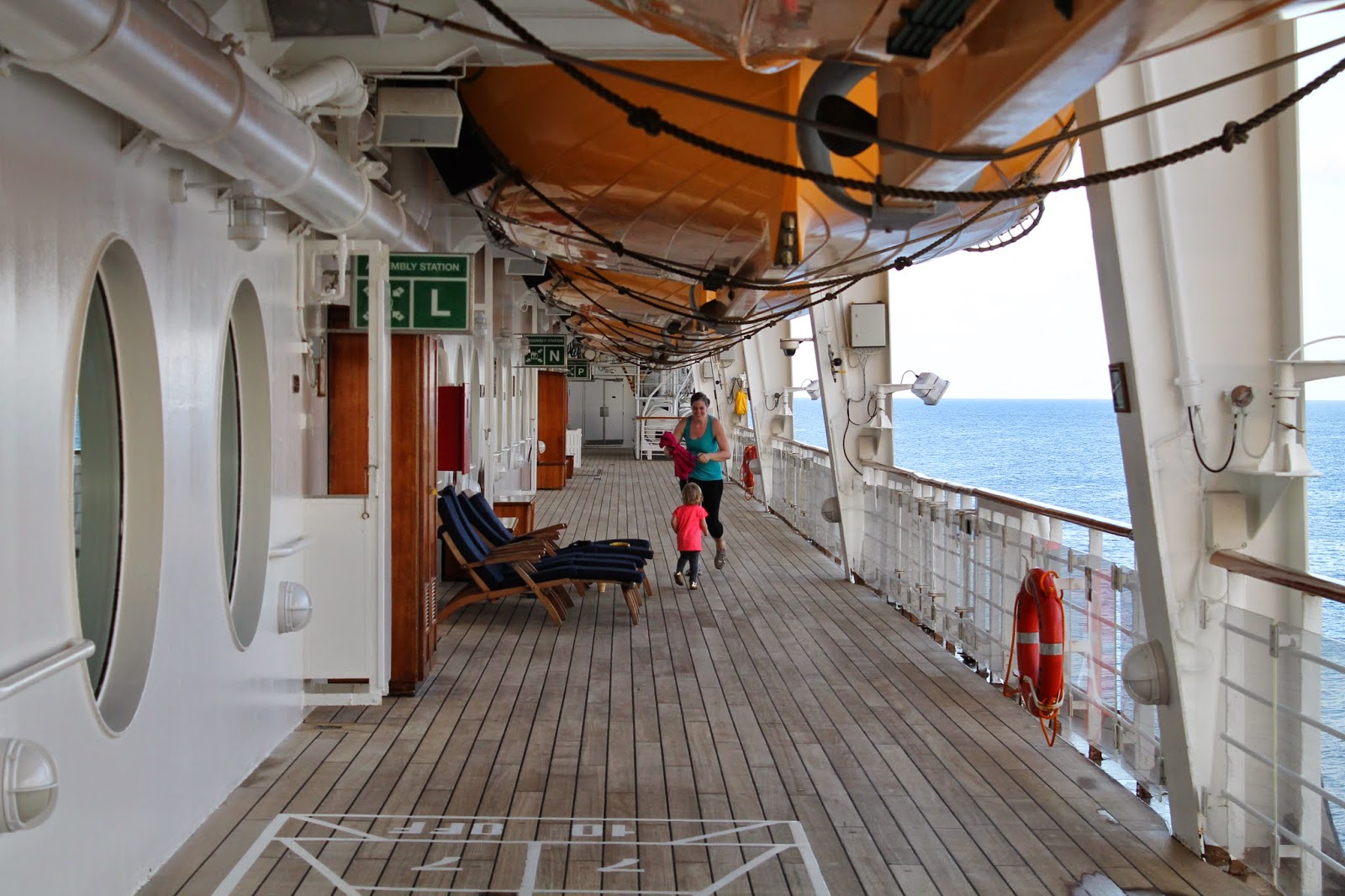 Yeah the whole Livia watching me run by thing didn't last long since she thought I was abandoning her every time Mommy ran to the other side of the ship...

8. Swimming in the ocean. I had no idea how hard it would be for me being on the sea and yet not being able to swim in it! Thank goodness for Disney and their private island. Livia whipped out her Minnie suit just for the occasion. 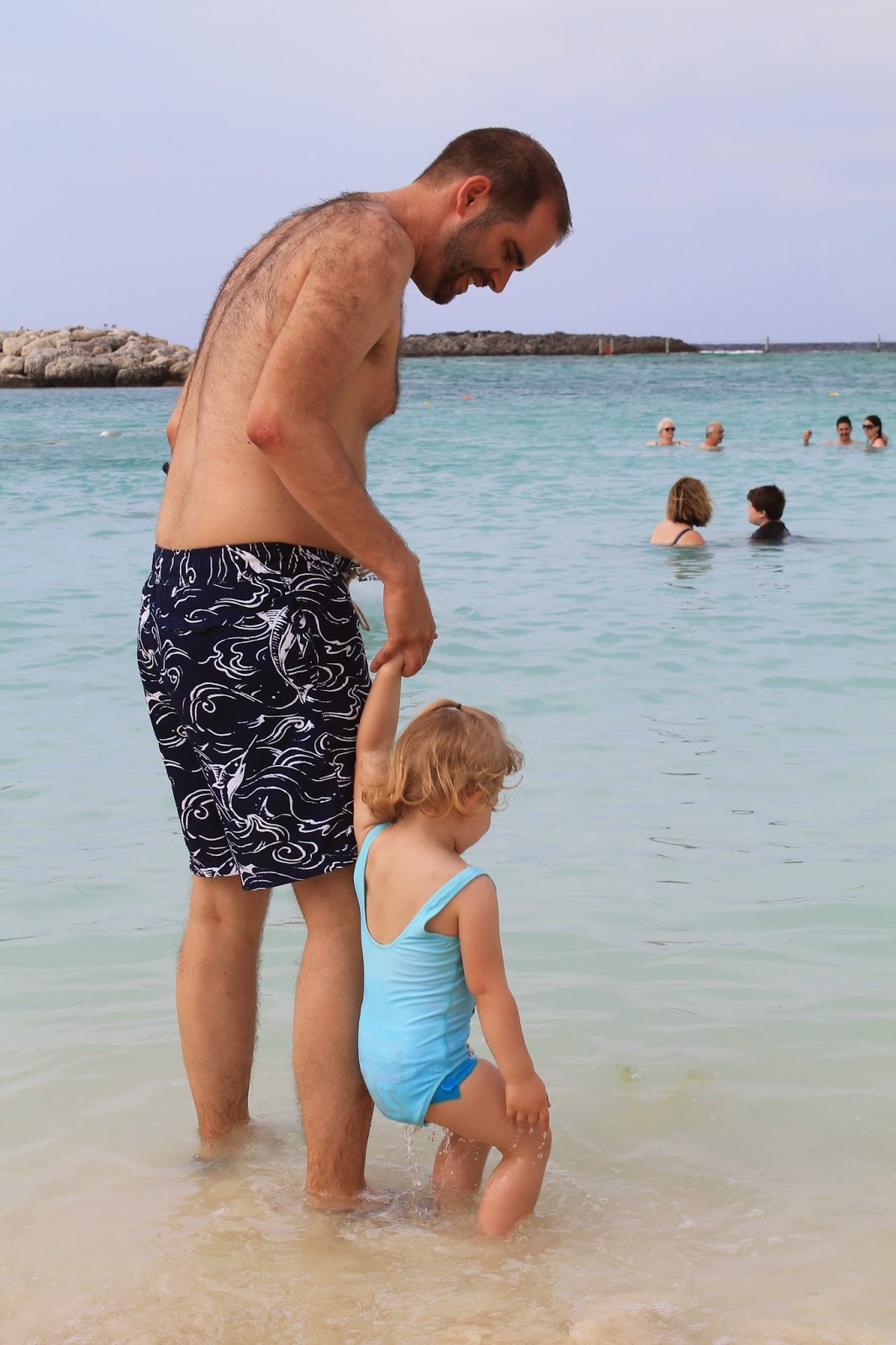 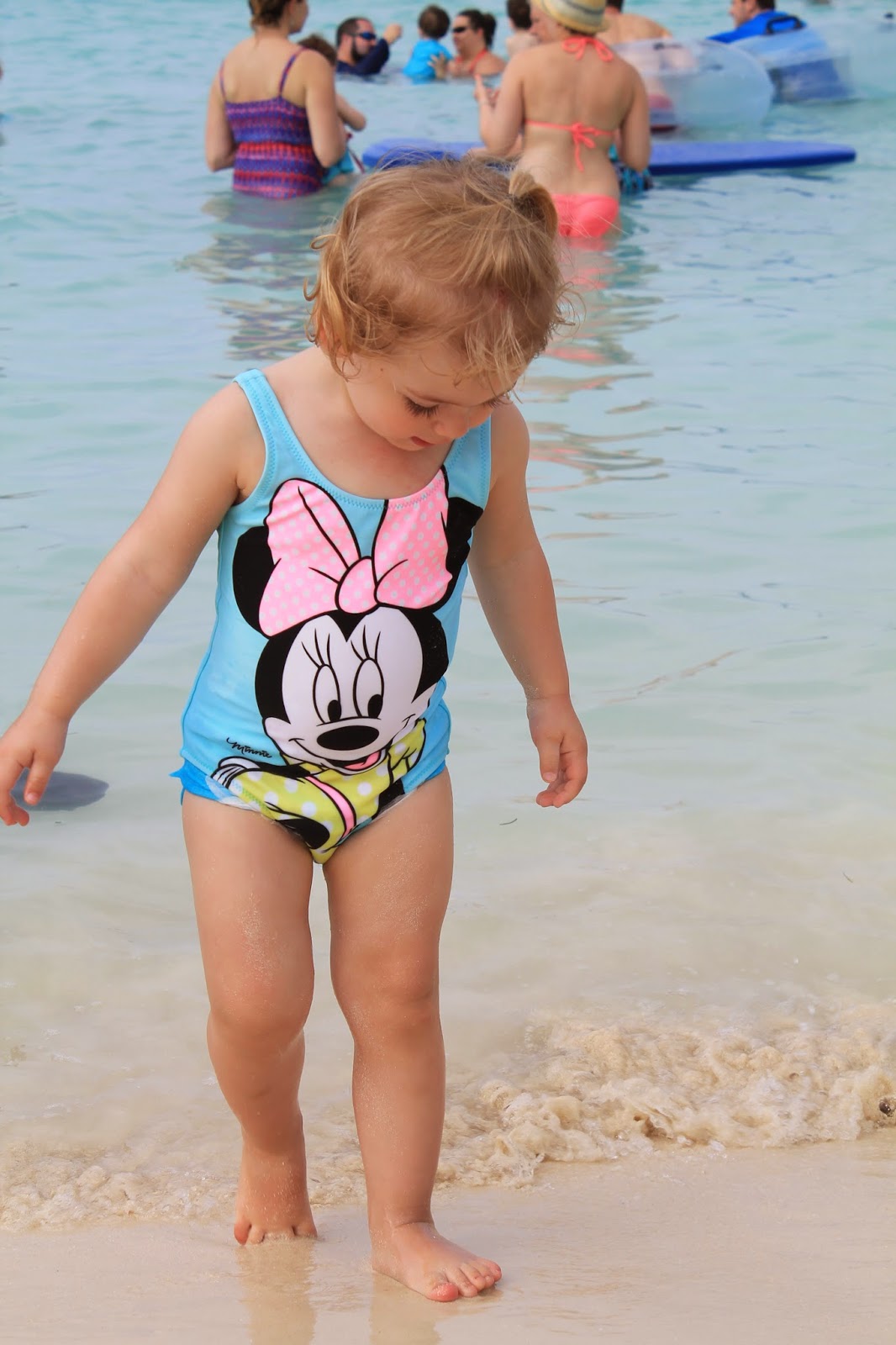 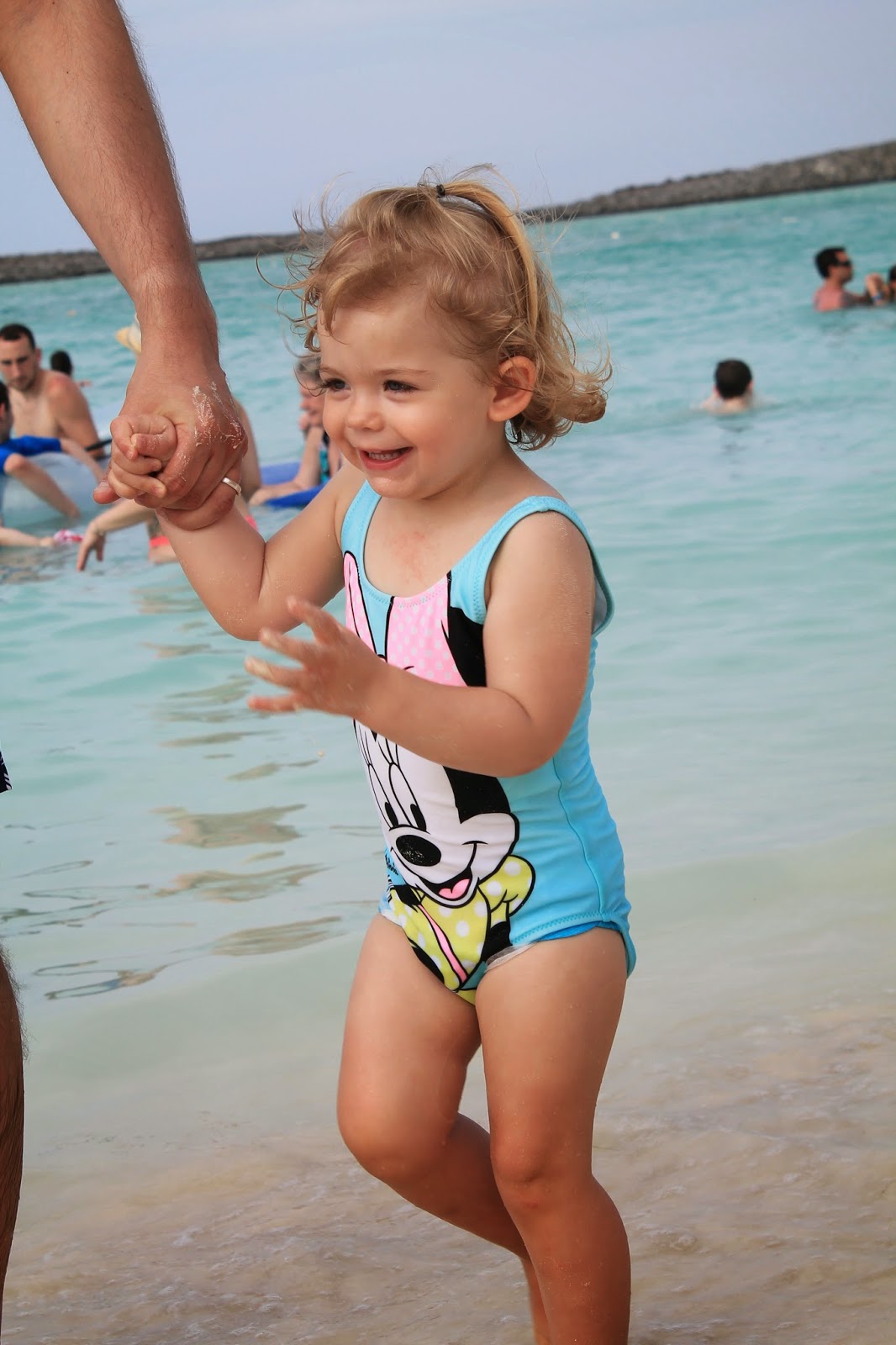 9. Biking around Castaway Cay with these crazy kids. I mean, seriously, who doesn't love a good cruise through a tropical island on a banana bike? 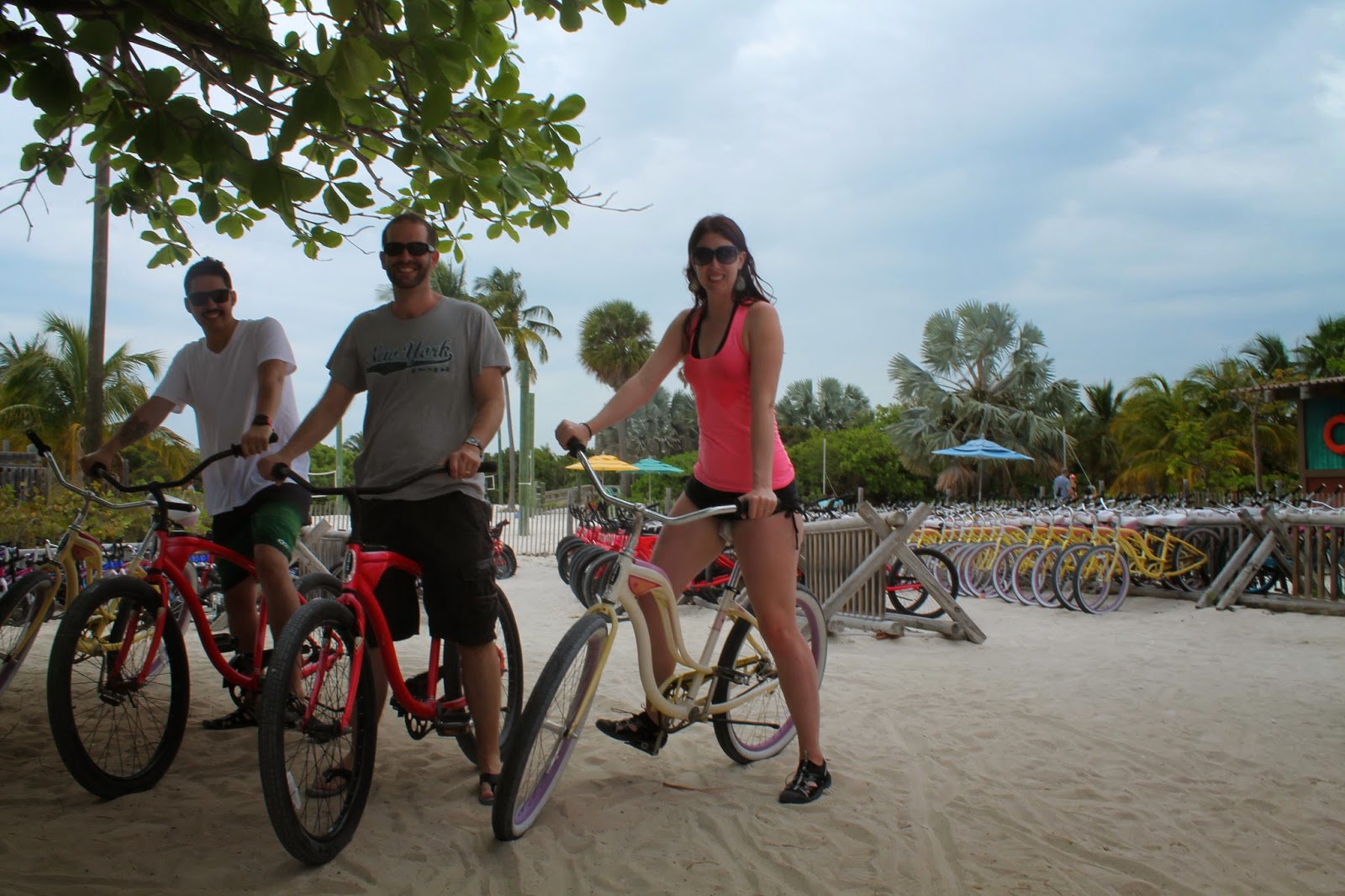 From left to right: bro-in-law Ray, hubs Matt, sista from the same motha Natalie (DMS by those on the in) 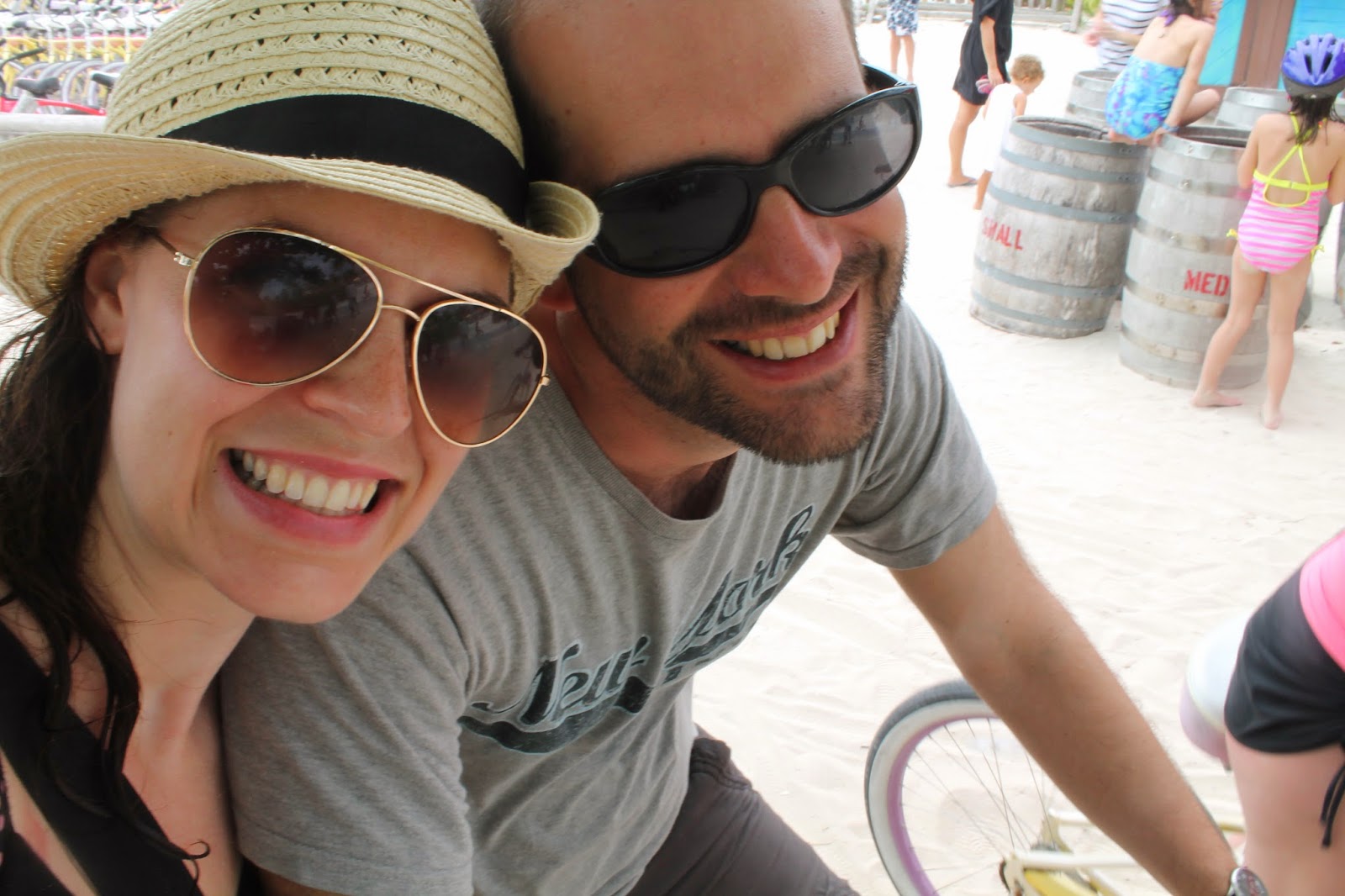 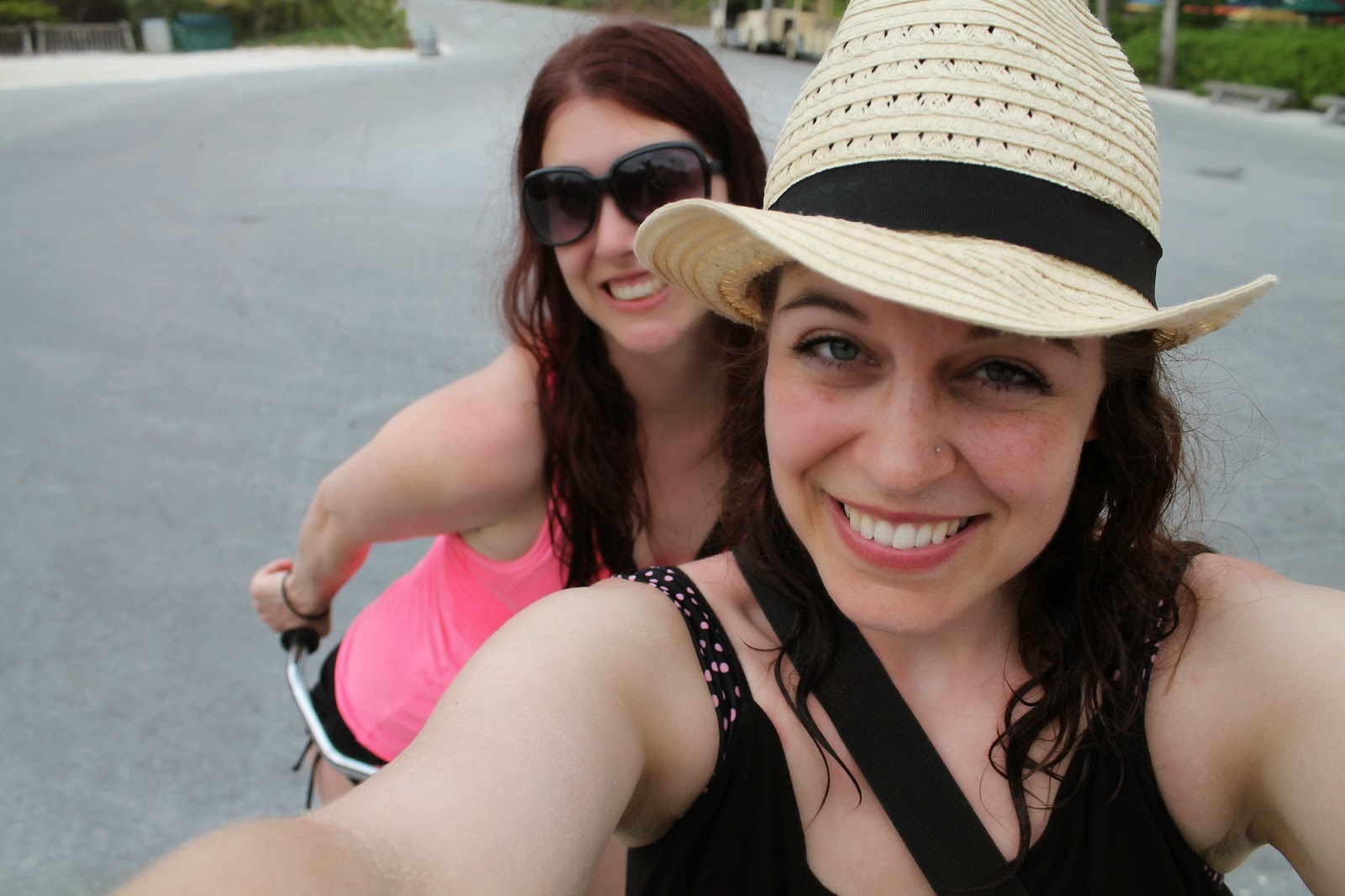 Below: this is what happens when I attempt taking pictures while bike riding... 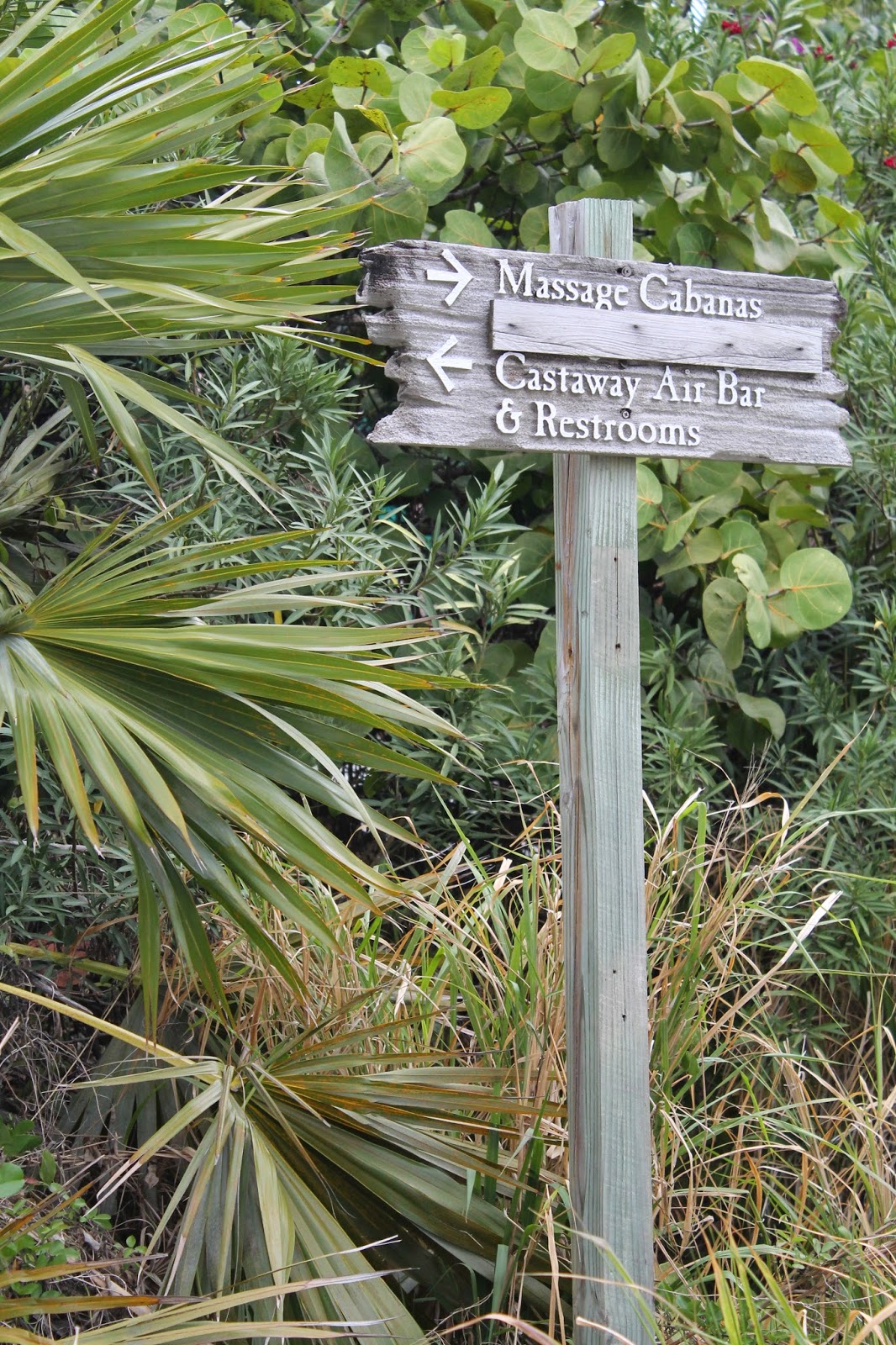 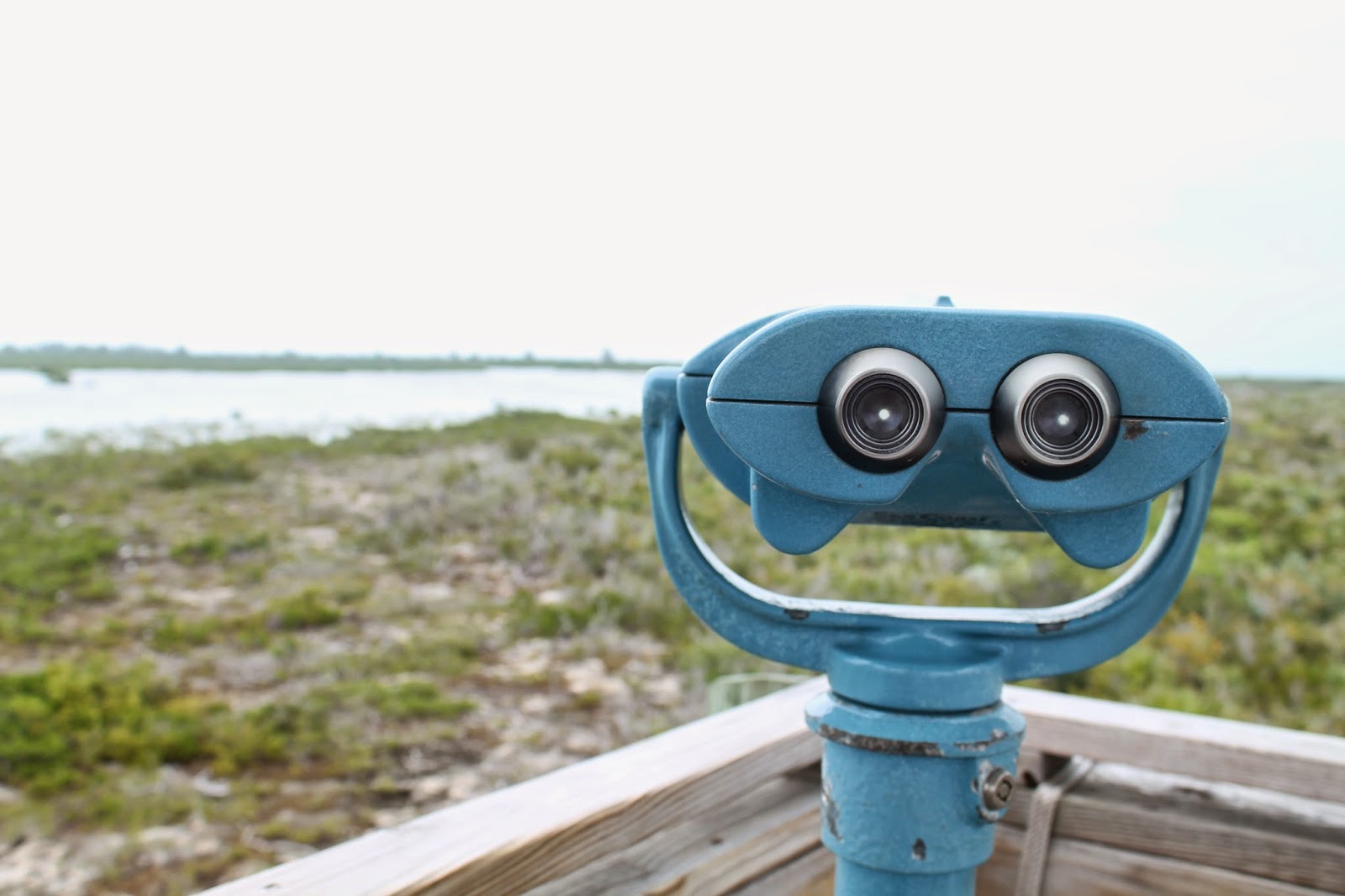 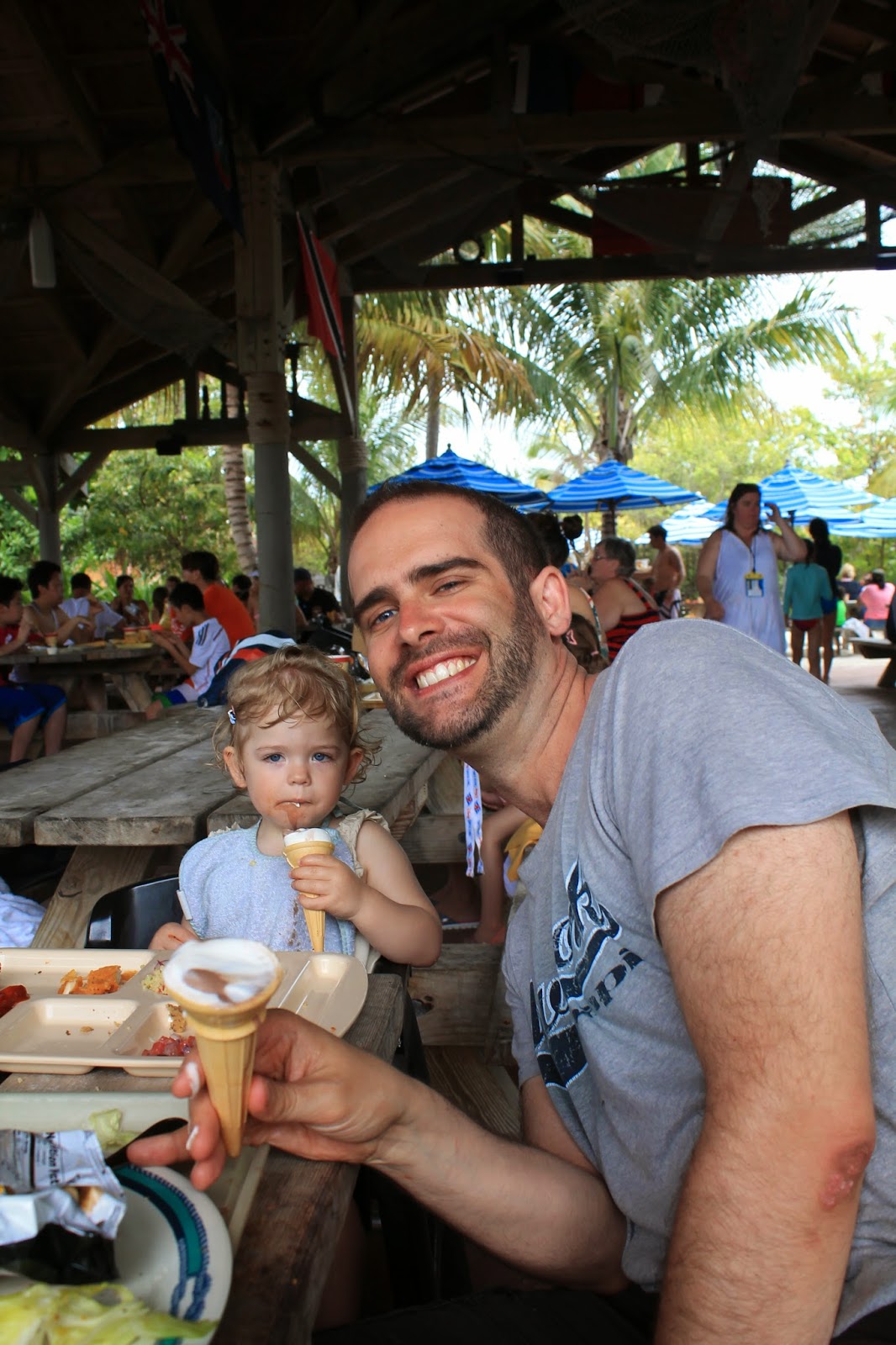 12. Not pictured but I would be remiss not to add the food. I'm talking about you, 3 course and deliciousness on a plate.

And now for less than nice but equally memorable moments during the week:

1. Attempting to wrangle a toddler with lots of exciting temptations around. 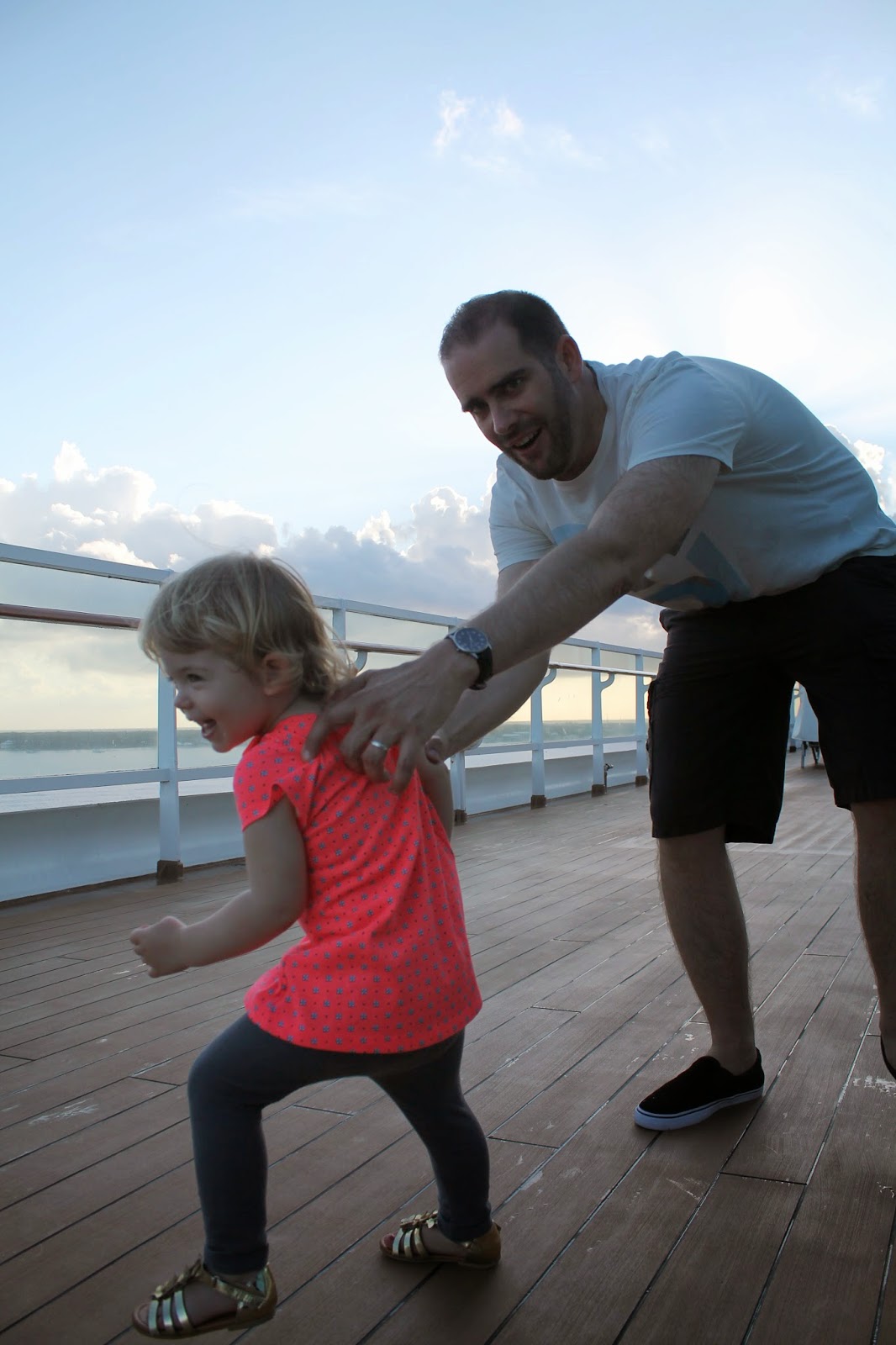 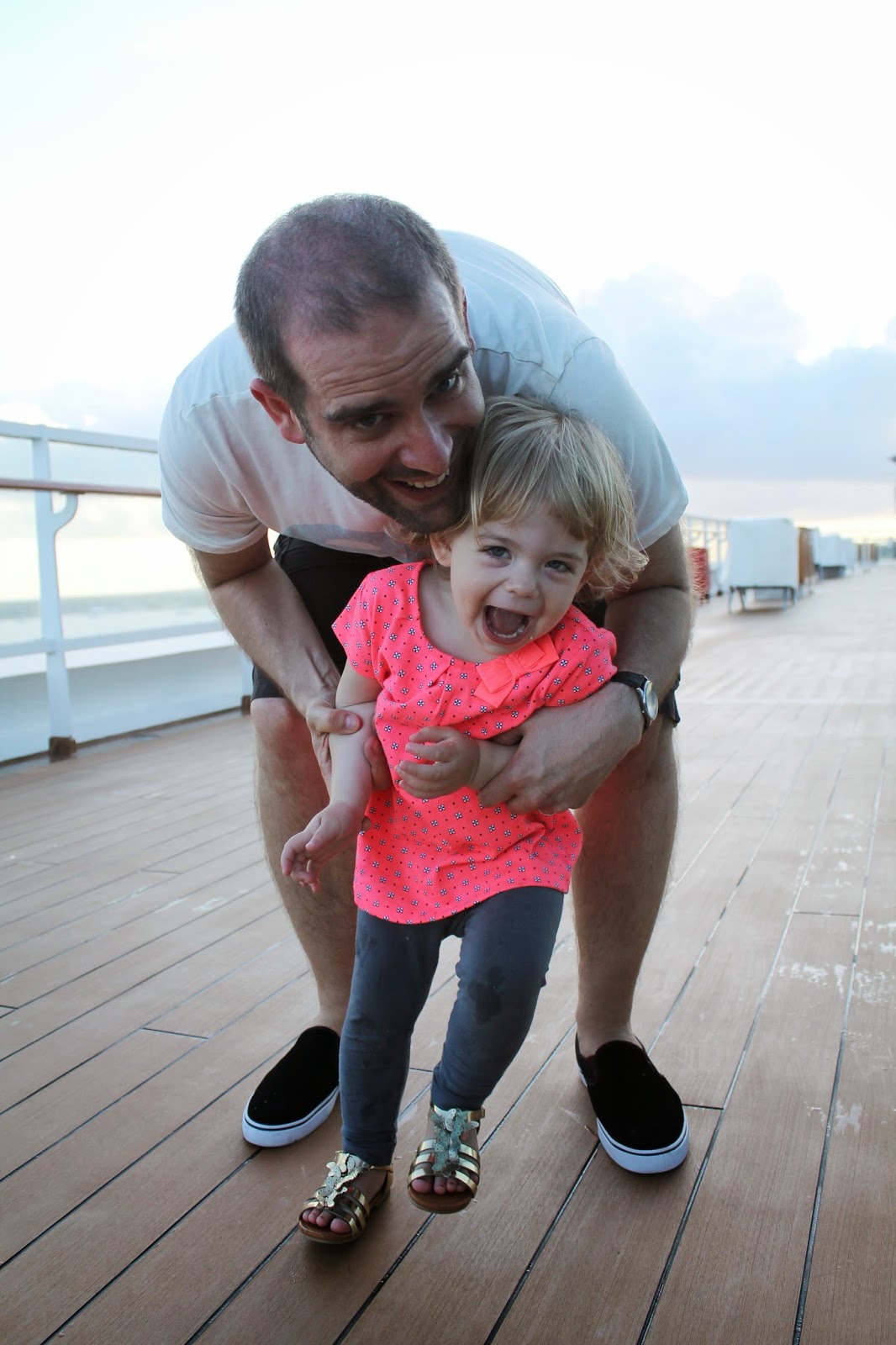 2.  Attempting to to take kodak moments of said toddler. 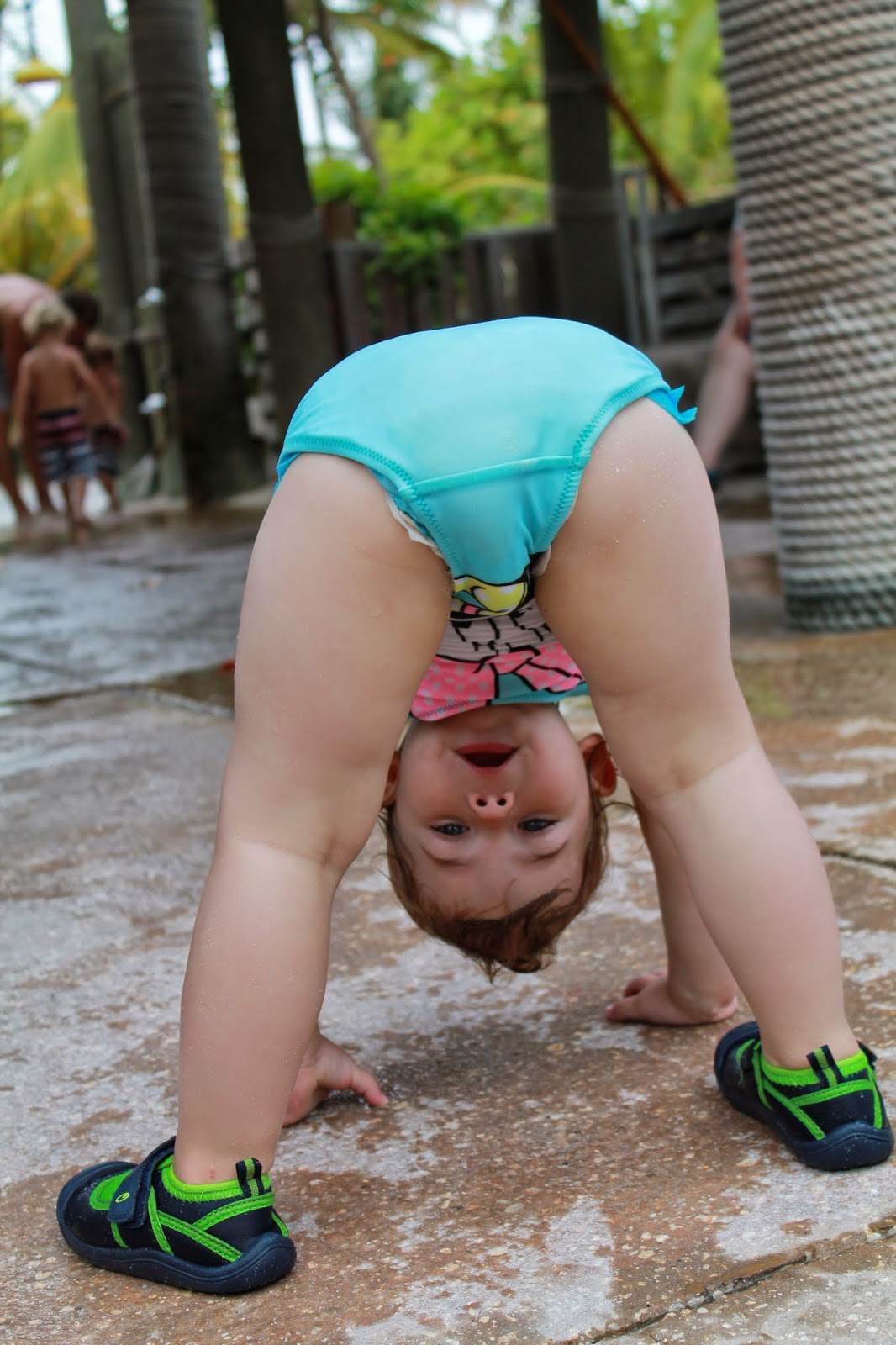 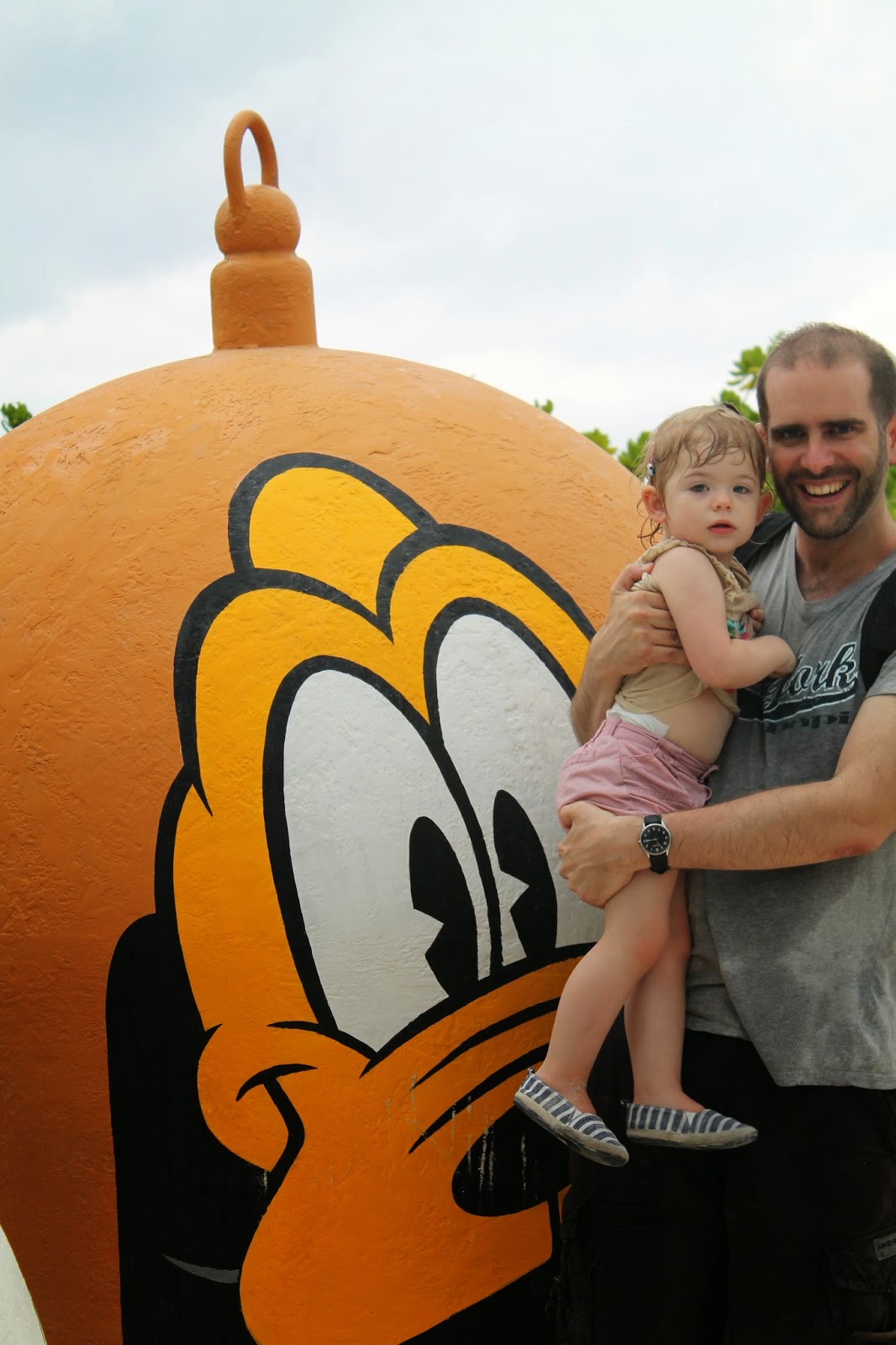 3. While everyone else is attempting to do the exact same thing. 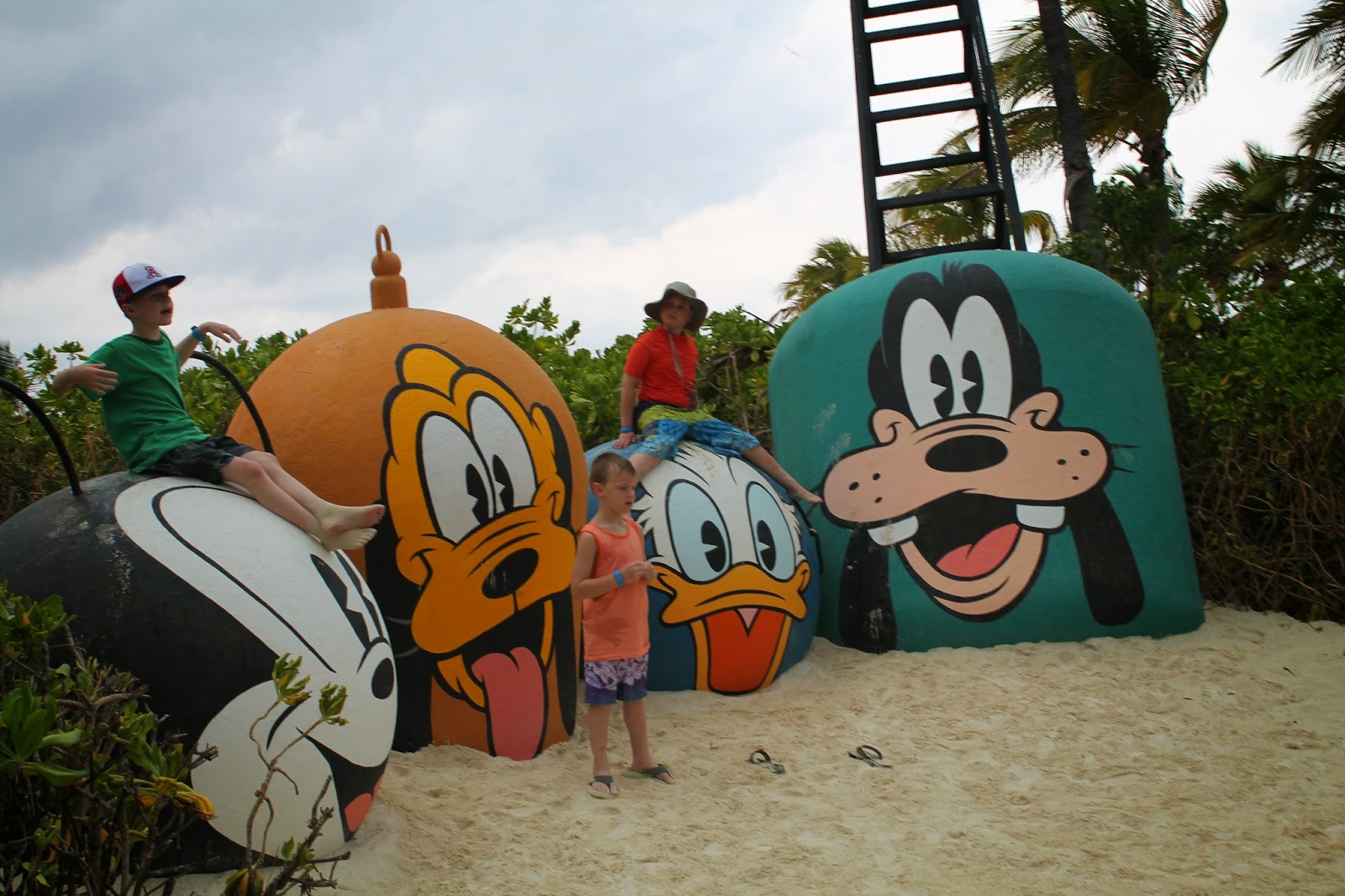 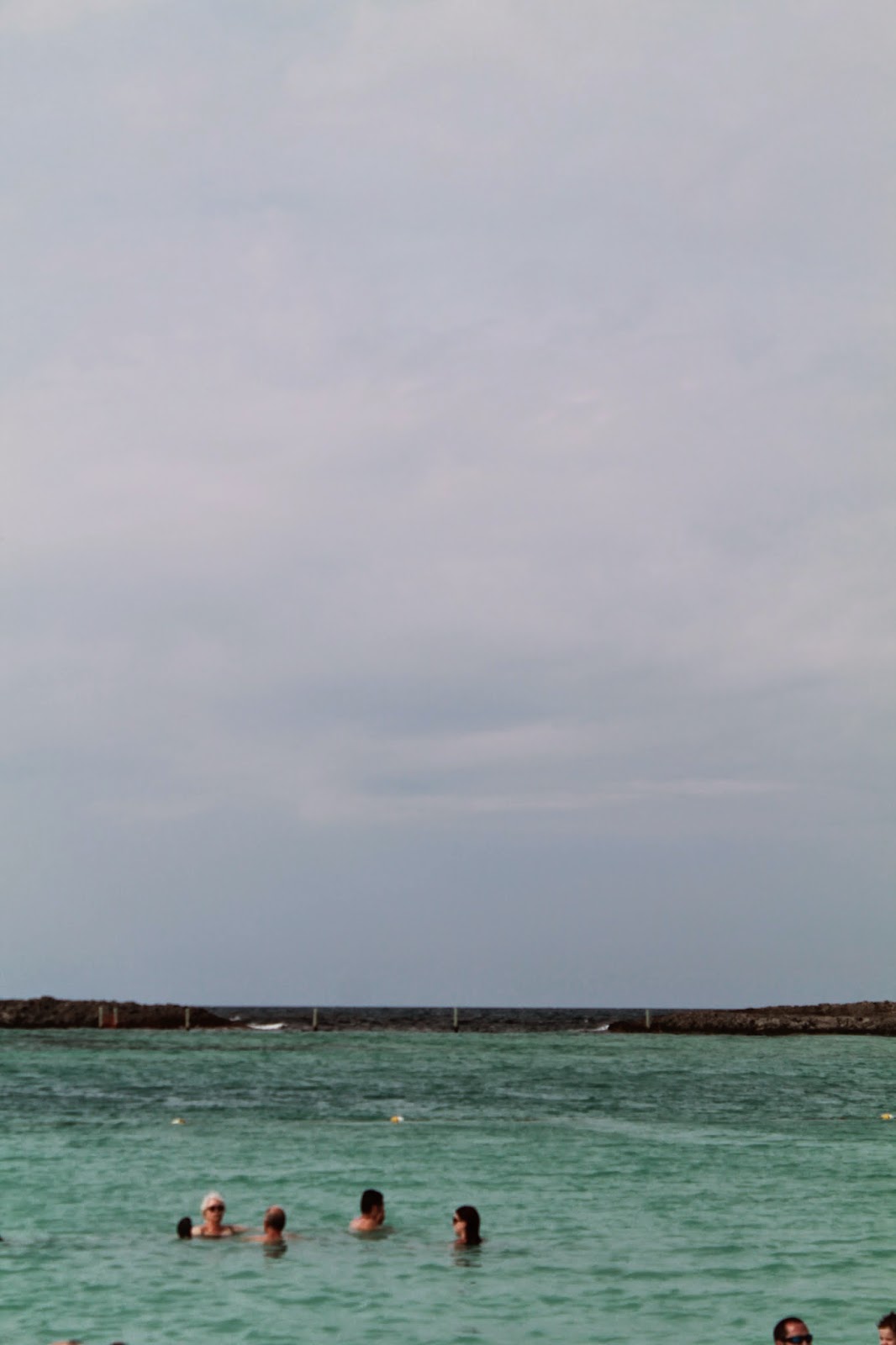 4. Matt accidentally kicking me in the head Hitch-style as he swings his leg around to get up on the inner tube. I was holding it down so it made things very interesting for him when I was propelled off. No worries though folks; I came up laughing. He, however, came up sputtering. 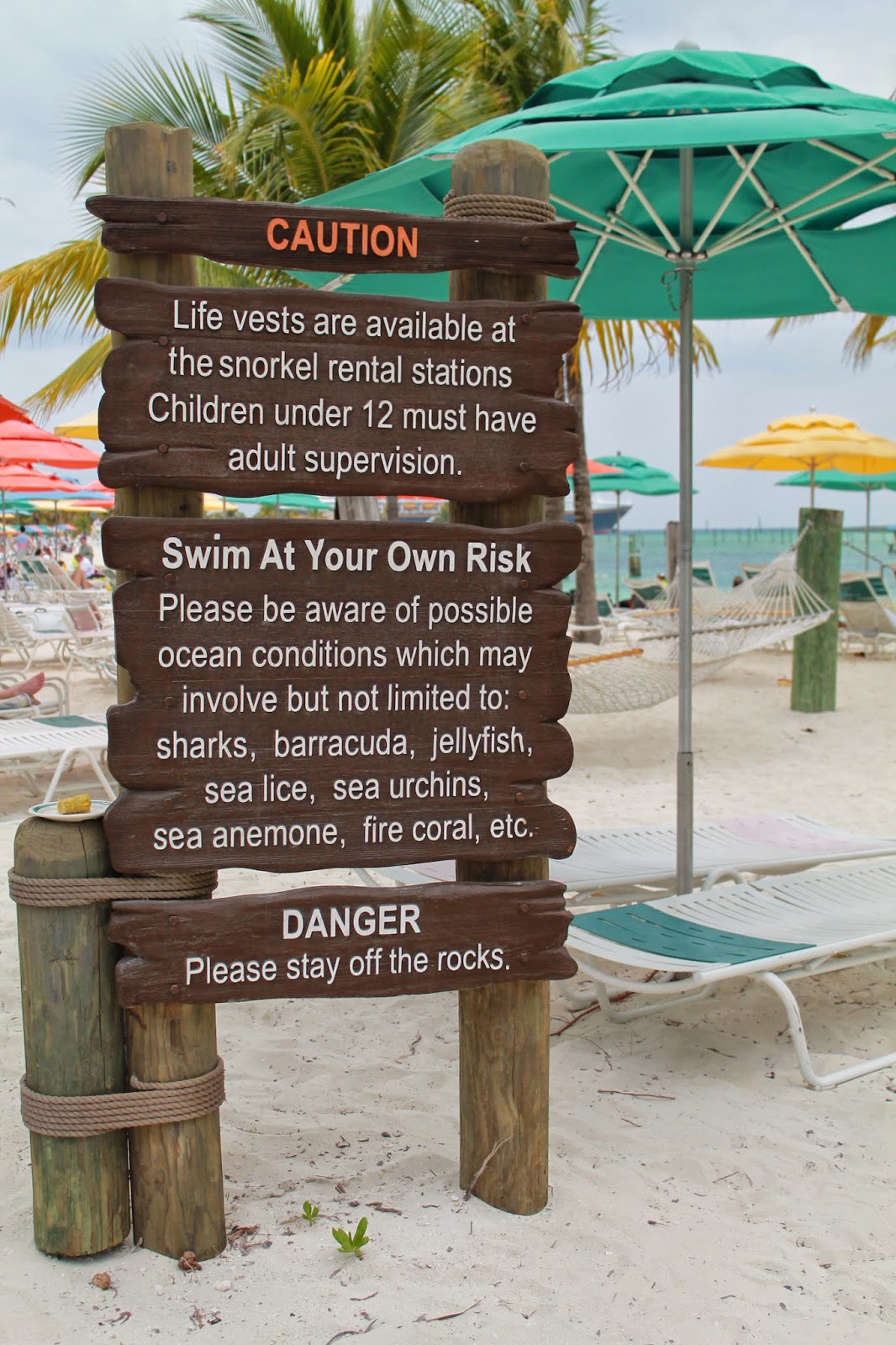 5. There are a whole lot of things that can maim and kill you in that water according to Disney. Of course, the real danger lurking in those pristine waters was not the sharks, jellyfish, or even sea lice (seriously??). Who thought it would be the adult sized human excrement that floated past our inner tube while we were frolicking like dolphins in the water? Yes you heard me. One minute I'm contemplating ways to flip Matt off his inner tube and the next I'm running for my life from the log of poop lulling towards me.


The crappy times aside (once again, pun intended) on the whole it was a fabulous vacation and we are so thankful that we got to make fun memories with my family. And so it's back to reality now! (With a quick jaunt to the Swiss border to help with the transition of course!) 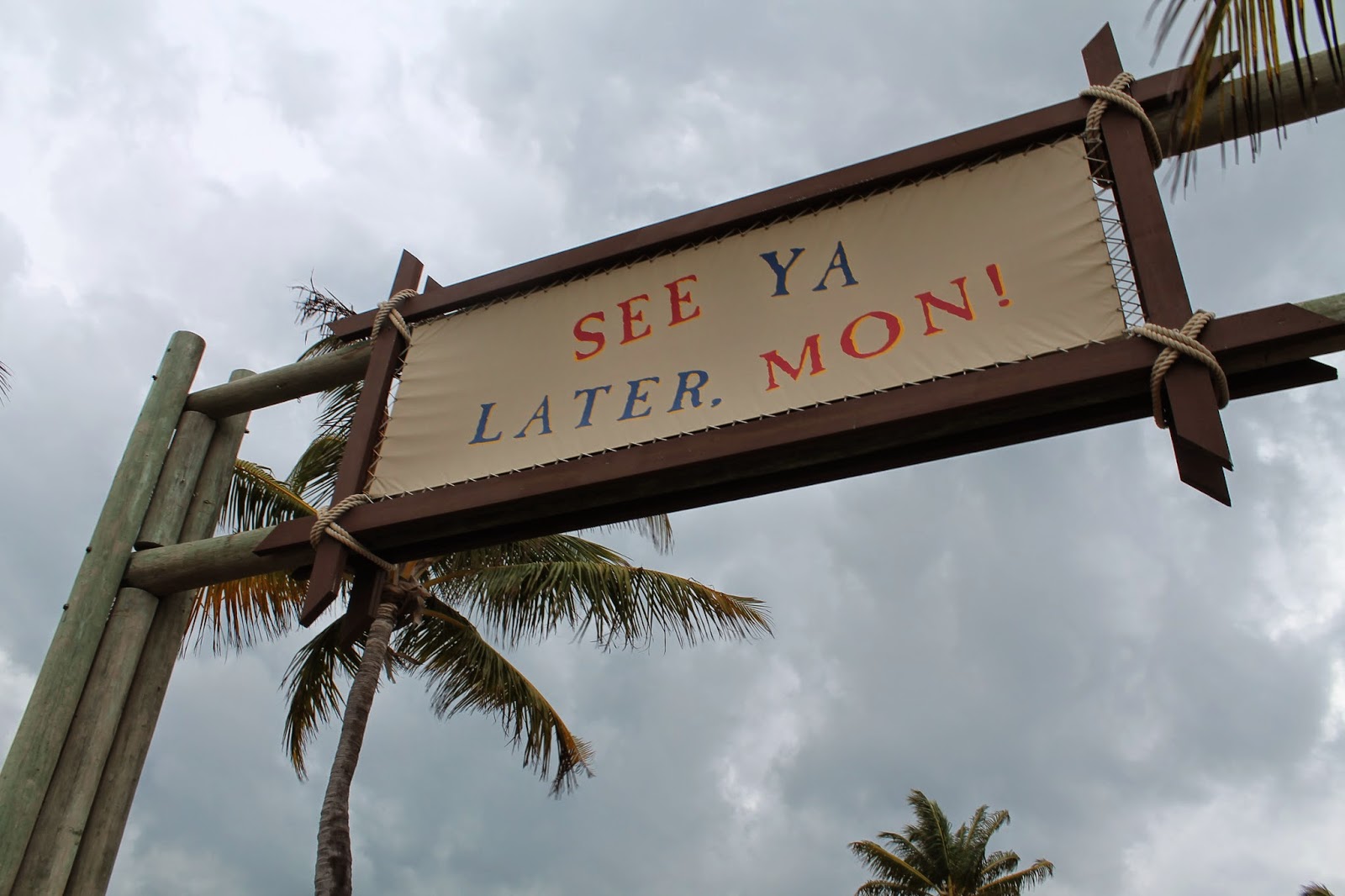 I'm going to Grand Cayman for 2 weeks next December. What did you do there?