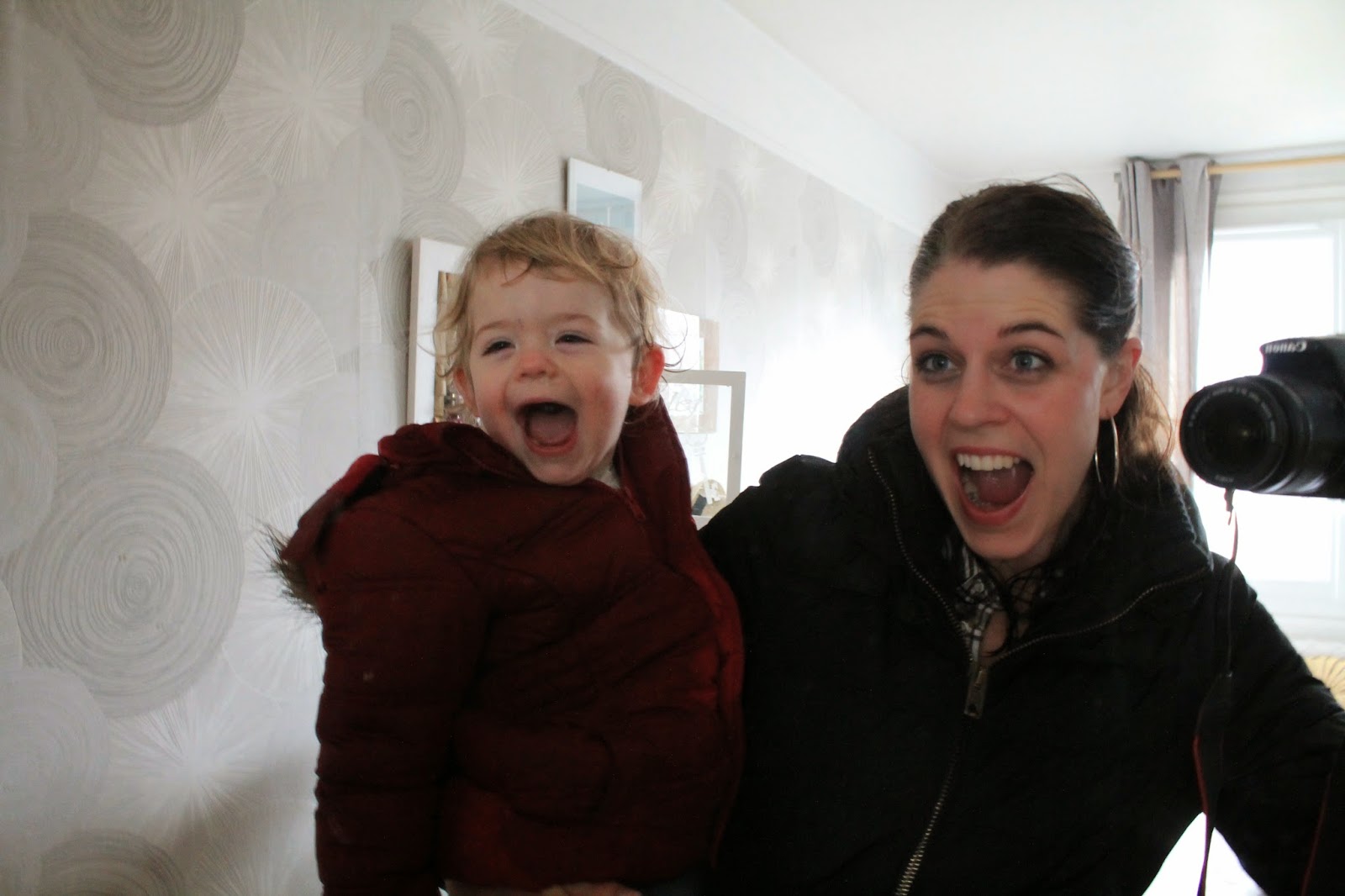 If only life were boring sometimes around these parts. Just today I found Livia's tub of pink finger paint in the washing machine. The freshly washed full of white shirts washing machine. Cyber sigh. But I can't blame it all on my toddler. (ps I'm pretty sure they lied when they wrote 'washable' on the packaging!) I am blessed (or cursed!) with an inability to avoid randomly awkward situations. Here are my most recent:

Story #1:
It's 4 pm. Livia is up from her nap and bad weather has cooped us up all day long. We are dying to get outside. So imagine my delight when I look outside and actually see some patches of blue sky out there. I cook up a plan: I will load her up on the bike, grab a jumbo bag filled with donation stuff to drop off at our neighborhood site, and we'll end our little jaunt with a nice trip to the park. Cue clapping for this amazing part-time stay at home mom. Or so I thought. While the jumbo bag of stuff to give away was a little precarious hanging off of my handlebars, I knew that the drop off site wasn't very far from our place. I pull up to the church on my bike and knock on the door only to have an irritated lady come and tell me that they don't take donations during school vacations. Fine. At least we will go to the park and make something of this trip. Cue large, very large, raindrops. Before today I would have sworn that this only happens in the movies: Mom's donation stuff is rejected, she stands with forlorn expression just as the sky opens up and dumps forth its fury. Only, for real, it actually happened.
I start peddling away and literally as if someone flipped a switch typhoon type rain starts pouring down. Now not only am I not the awesome mom taking her kid to the park but I happen to have become what they call here a maman indigne who is dragging her kid around in the pouring rain. And I mean pouring. Not only pouring but as if that's not enough, now it's also part hail and windy like crazy. We pull up to a stoplight and as I'm sitting there trying to think of happier times, I literally see a large metal newspaper/magazine stand blow away in the wind. Then a bike that is locked up to a metal pole blows into the street and I have to swerve to avoid it. What's gotten into this place? All I wanted was a nice little outing and instead I got an episode of Survivor, Hurricane Style. Thankfully, drowned but safe we got home another 10 minutes later. Of course still with donations in hand and no trip to the park. You know the worst part? The second we walked into the building, the sky dried up and turned blue again.

It's hard to see, but we're soaked in these pics! 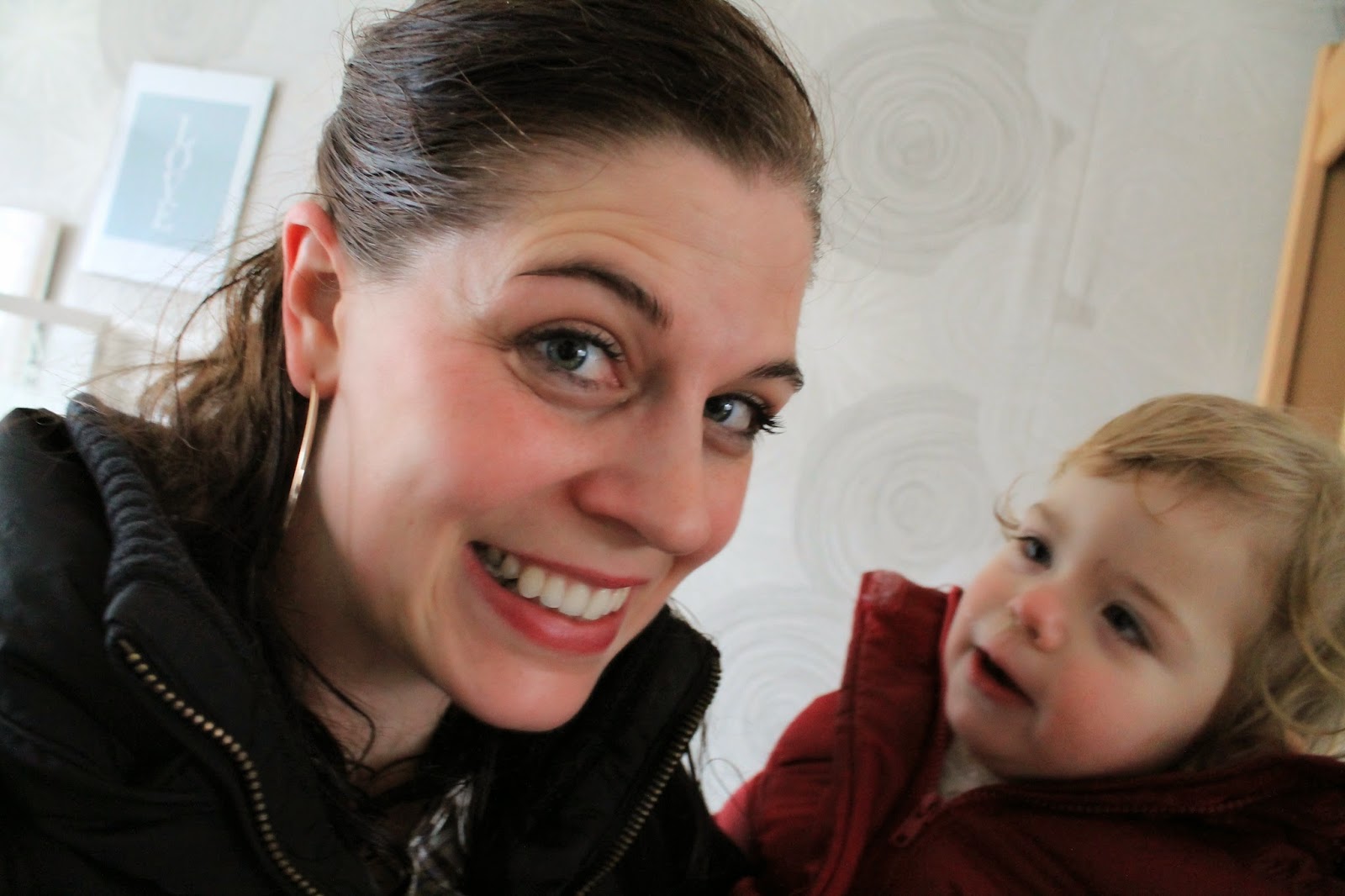 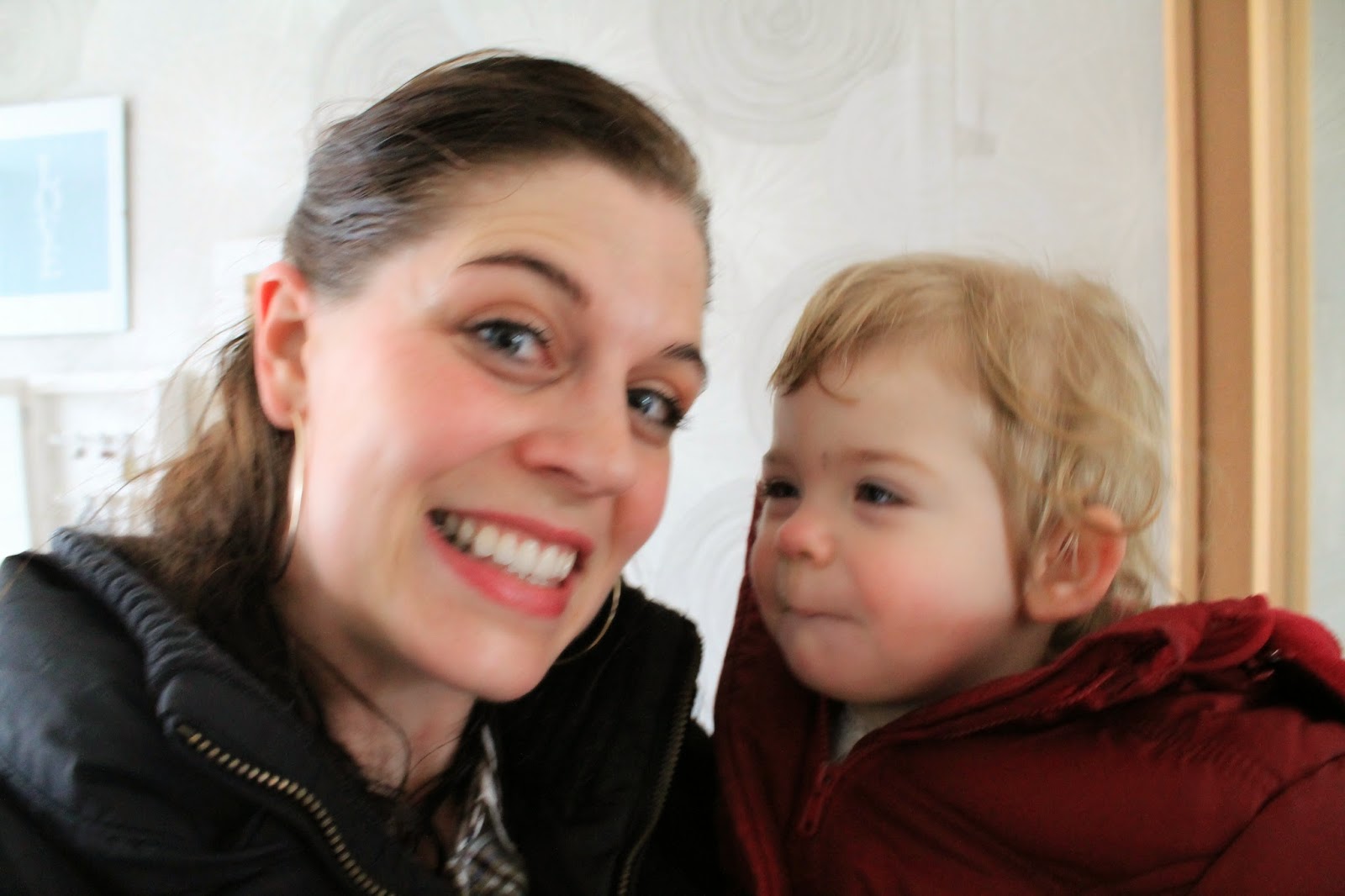 Story #2:
It's the weekend, and Matt, Livia and I have just come from somewhere in Paris and are now taking the metro. Not just any line though, line 14--Matt's favorite (only a Parisian would have a favorite metro line, lol...) and the newest, automated line. Ironically, even though young children depend on you for just about everything and at every moment of the day, there are still occasionally moments when the good ol' single days instinct kicks in and you behave as if you weren't now this rational, responsible, role-model of a human being. And when that instinct is combined with the Pavlovian reaction of any Parisian (even adopted ones!) just moments before the doors to the metro are about to shut you might just have a problem. Livia was experiencing one of those 'big girl' moments and had decided that she would walking holding Matt's hand. I saw that the doors were just about to shut and hurriedly pushed the empty stroller and myself into the metro so that I could block the doors for Matt and Livia.
About this time I realized three things: 1) while a common practice done by adults, probably not the best idea when you have a toddler along with you 2) this is the automated line, thus when the doors shut, they shut. 3) Matt and Livia were no where near being close to the door as they had finally just made it down the stairs. Thankfully, I don't usually panic in split-second stressful situations. I quickly deduced that it was sheer stupidity to stay trying to hold the open the doors. Unfortunately, I came to these realizations a split second too late and the light bulb clicked just at the doors were starting to shut. Having made my decision, I was right to jump out of the metro. The problem is, my empty stroller had a harder time jumping with me. I was now fighting the doors for the right to keep it. Thankfully some good Samaritans came to the rescue and helped me push out my stroller and imaginary baby before the line could start moving (remember, it's automated!). Unfortunately, I forgot that I had a real baby. Baby Jenna. Baby Jenna is Livia's doll and one of two that she just can't live without. Baby Jenna currently found her neck stuck in between the platform sliding doors (meant to prevent suicides) and could very soon find herself decapitated. Hmm...not looking good for Mom of the Year Award. After  a bit a lot of pulling, yanking, grunting and tugging on her grandmother's part (that would be me btw) at last Jenna, head and all, was freed from the evil doors (with quite possibly a black mark...or two...). Just as the metro pulled away I happened to notice a guy and his girlfriend doubled over in laughter at my miserable metro fail.

Story #3:
It's the weekend again. Livia and I are hanging out with our fabulous friends Kelsey and Julia. Kels and I have decided to take the girls to an aquatic center in my neighborhood for some H2O fun. As we're walking to the bus stop we rather unfortunately see the bus pass by. Oh the joys of city living sometimes. We hang out for awhile at the stop then decide to check the time for when the next is coming. 8 minutes. About this time I'm starting to doubt my decision not to bring Livia's stroller (she's at that point where she doesn't always use it because she likes to walk). We decide that with 8 minutes to spare and my apartment close by, there's no real risk in running upstairs and grabbing it. Just in case, in the very unlikely scenario that the bus were to come early, she'd get on it anyways and just meet me there. So feeling a little silly, I run back to the apartment, sprint up the stairs and grab ol' trusty. Now I'm running with the stroller in hand (folded up and stuck under my armpit if you must know) and feeling even sillier because I have a whole 8 minutes and I'm running with an empty stroller and no kid.

And just when I'm at that point where we saw the first bus pass by, I see the second one pass by. No way. I mean really, no way. How does this happen? Now I'm running as if my life depended on it, trying to keep the stroller still under my armpit, and I round the bend to see Kelsey helping Livia onto the bus. Not having had expected to have to get both girls on by herself, the break to Julia's stroller wasn't on. So as Kelsey is helping Livia on, Julia starts rolling backwards. Kels naturally turns to stop her traveling baby (who by now has gotten a few feet away) and now Livia is on the bus by herself. All this is happening as I've got an umbrella stroller stuck under my armpit and am channeling my inner Prefontaine. Thankfully, super moms that we are, we were able to get both girls settled in with only a few looks, a bit of help from complete strangers, and a lot of panting on my part. Who knew taking the bus could be such a good workout?
Posted by Talia at 9:09 PM

Another edition for your future book! And we made it in! Haha. Liv looks like a happy little trooper in those pics. :)

Good stories, I only knew the last one. Thank you for making me laugh!