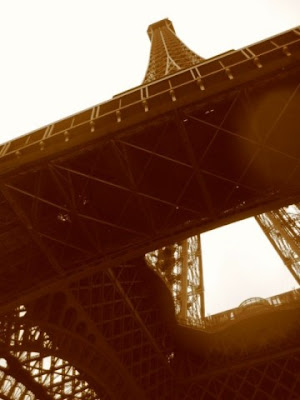 What can I say about these last couple weeks amidst the holiday craziness? Well, a lot; believe me. Let's start with my return home for Christmas:

I'll begin by saying it was both the worst and best cross-Atlantic trip I've ever had. Some wonderful people (you know who you are!) treated me to a hotel room at the airport the night before, since the earliest Paris metro would be cutting it close to my departure time. So I packed up my stuff, checked into my room, and leisurely helped myself to all the free shampoo bottles and handouts I could get my hands on. All seemed to be going well (yes, I actually made it through security with no bag search and speaking French the whole time!), we were reaching the last segment of our looooong journey, when suddenly the airplane path on the screen took a sharp turn and we all found out (contrary to what the airline stewardess had told us about it just being a technical glitch) that Portland just wasn't safe to land in and we'd all be vacationing in Minneapolis for the night.

Did I forget to mention that I'd actually been randomly selected for an upgrade in Amsterdam and had been bumped up to first class this whole time....? Hmm, must have slipped my memory... So up until the big flight projectory change, all had really going fabulously well. Upon 3 minutes of arriving, my coat was taken and hung up for me; my “waiter” asked if I'd like some champagne to drink; and I was thrust the menu of the flight; where I chose a light chicken entrée with steamed vegetables, mashed potatoes and red wine....ah, c'est la vie baby... Of course, in the mean time, while waiting for those fabulous things to arrive, they kept me occupied with bubbly water and the most fabulous airline chair that I've ever seen (I mean, we're talking built in back massage/pressure and 10 different controls to specify the exact incline wanted).

So when I saw that our flight path had changed, while pretty disappointed that I wasn't going to immediately see my family, I wasn't quite as cranky as some of the other passengers...i.e. economy class. I was, however, tested a bit with the 3 hour time period it took to obtain our hotel vouchers, go through customs (part of that was my fault because I had forgotten to eat the apple in my bag and as a result therefore got stuck in the agriculture line), re-check my baggage, go through security again (to get those darn vouchers!), and then wait for my shuttle to come. And of course the shuttle finally came, to take me out into freezing Minneapolis where it was 0° Fahrenheit (not including wind chill) and the only time I left the hotel was once to walk three blocks to a Walmart and I nearly thought they were going to have to amputate an ear or some other small, helpless appendage due to the cold.

But then, again, being at a nice hotel, with a family suite (literally a king size bed and then a separate room for kids with 4 bunk beds included) and all the hotel/food vouchers I could ever hope for, I just about forget about the previous mayhem. The only thing really missing [insert sappy voice here] was someone to share it with, as it's a little awkward eating a plateful of grande nachos in a restaurant all by your lonesome self.

Of course, by the next morning I remembered all of the previous hassles when I attempted to take the first shuttle to the airport and realized that everyone else from the plane had the same idea as me. Thankfully, I managed to get one of the last standing places on the shuttle and survived the bumpy drive to the airport. Apparently, the driver would have gotten fined $100 for each person standing in the shuttle (which numbered to about 15) if he had been caught. At the airport we were given yet another round of vouchers and attempted for the second time to land in Portland. This time we got a whole heck of a lot closer, and made it 30 miles out before they rerouted the aircraft to Seattle. 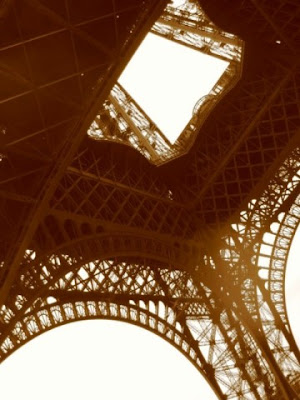 As it turned out, there were some people on the plane with Seattle as their final destination so that ended up creating some tension, because we weren't allowed to exit the plane at the beginning. When they finally got permission to exit the plane, some other passengers got the bright idea to risk SEATAC airport rather than waiting on ours and decided to make a run for it. They weren't very good escapees, thus getting caught and returned back to the plane. Kinda made me feel like I was in a scene from Titanic or something, ya know? Well, after a couple of catnaps, quite a bit of bonding between passengers (what else was there to do?), and several hours of waiting, we were finally on our way to PDX for our final try....Which got delayed once again, this time as we were hovering in the air above the airport. And that's how we stayed: ever-hovering, ever-hoping, and making a lot of loop-dee-loops in the sky in the mean time...

Of course everyone cheered when we finally landed and were at last in Oregon territory. Never mind that it took an hour and a half to retrieve my luggage and 4 hours to get back down to Albany (normally an hour and a half), I was finally home!

Your experience getting from Paris to home reminded me of my experience with 53 middle schoolers stranded in NYC for two days with no luggage, etc etc. :-) I loved your description of flying business or first class. It's the greatest, huh? :-)

I've been working on your shower favors. Having fun. David's girlfriend, Brooklyn, helped me the other day when they came down to visit. It will be a very Parisan shower. :-) Hope you like it. Invite all your friends!

Anyway, back to writing scholarship recommendations for a former student who is graduating from high school this June.

See you in June!

How about the freezing time at the beach (much different than the last time you were there). Then I suppose if there's time, your "super eventful New Year's Eve" ;-)

Yes, waiting for Part 2. :-) No pressure, you understand.

I had a nice time watching Anna's basketball game yesterday with Grandma and the rest of your family. I'm supposed to tell you (your mom said) that Natalie is wearing your French beanie now. :-)
I am sending them some photos, and they will know how to best send them to you. I'm not very good at posting photos on the web--sounds too techy for me! :-)

I had a little web conference with Brayden today. He just babbles on and on. He seems pretty excited to see Grandma & Prampa. :-) Gavin can sit up now, which is pretty darned cute.

In four weeks, we take off for Chicago. We will be moving a bunch of stuff back there via trailer. WE plan to stay back there for two months. Should be fun. I'm anxious to move stuff into our place back there.

Say hi to Matt for me. How did he like his Christmas video from your family? :-)

Ok guys, I know, I know.... part 2 was ridiculously long in coming and had more to do with January than Christmas really, but hey, it's the thought that counts, right...? ;) Judi--good luck with the moving and you'll have to tell me more about the high school trip sometime--sounds entertaining! And yes, I had a fabulously cold time at the cabin and good times spent with a karaoke machine, milkshakes, and John & Kate + 8... love you guys!