Ok, well it's about time for the next posting... And I kinda thought I might as well share about where I work, since so many of you often ask me questions about just exactly what I do. (yes, occasionally I do more than just sit around living up the good life in France, chowing down on baguettes and french pastries) So for starters, the basics:
Ok, so there's the basics, here's a couple of highlights from the year thus far: 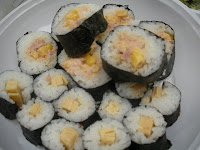 at is it: well, in order to commemorate our term's afternoon theme on Asia, we thought we'd throw a bunch of our Asian moms, lots of good food and a plenty of Indian saris into the same school. End result: a different county in every room, hyper kids, best lunch ever, and a serious sari wedgie. I also learned that Indonesians jump rope with rubber bands and saris are seriously not meant for tall people. check out the pics:


ps. as much as I know you all want to see pics of the kiddos, due to privacy reasons I can't put their cute lil' faces up on the screen. 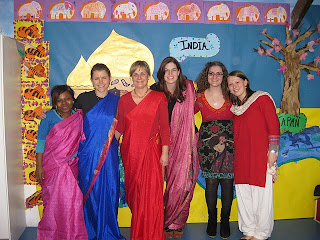 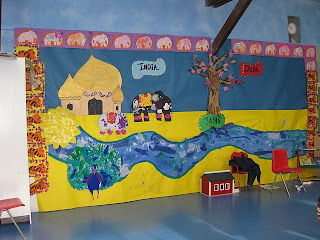 The Asian art mural that I'm working on with my kids 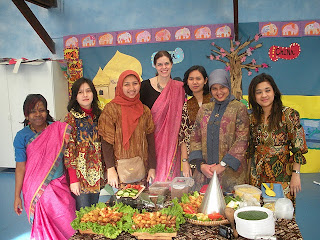 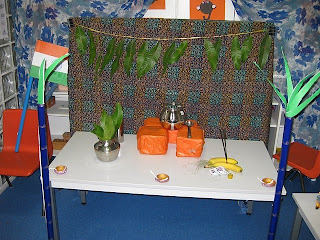 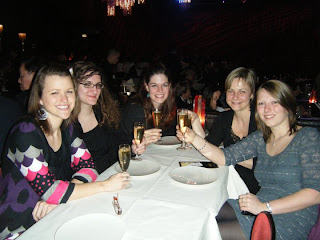 what is it: Paris' most deluxe cabaret show. why? because sometimes being a schoolteacher has it's blingbling connections.

So the real story is that the parents of one of the little girls in my class are performers at the Lido, located on the famous Champs-Elysées Boulevard (in theory the richest street in Paris). Out of their delighted affection for their daughter's beloved teacher (lol), they decided to invite all of us staff at school to go check it out on a very big discount. Given it's 'risqué' reputation, we girls donned our dresses, not quite sure what to expect when we got there (other than lots of feathers and little outfits). The first thing I saw was the most ginormous chandelier I've ever seen--it honestly reminded me of some deluxe beast that was going gobble up the next person that couldn't pay for all this bling. Newho, once seated a table to watch the pre-show act, we were immediately ushered glasses of champagne and had a photographer arrive to take both group and individual shots...only a mere 30 euros per photo at the end of the evening...

Once the show got started we were quickly bedazzled by a glittering display of over the top costumes and various talent acts. The mother of the girl in my class conveniently forgot to mention that she was the star of the show (and here we were asking ourselves if we'd be able to recognize her in all those feathers and makeup when suddenly she comes riding in from the ceiling). The father of the girl in my class is a contortionist and I have to admit I will never think of him in the same way again (after all, is it natural to be able to fold yourself in all those positions?). Other highlights included:
Alas, a rather unforgettable night...

Conclusion: despite the wet pants, tantrums, and occasional throw-up sessions, my job rocks!