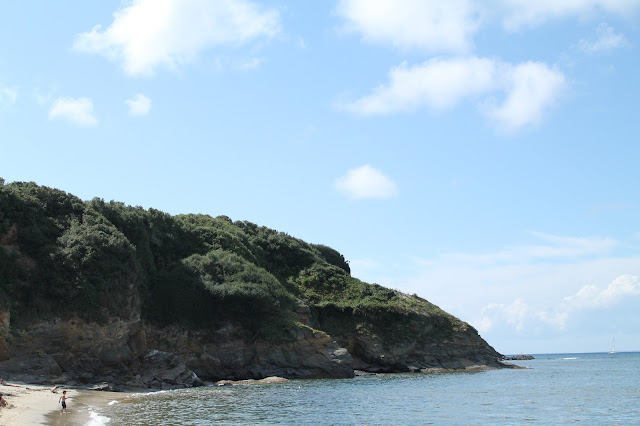 It's hard to believe as I'm scrambling to pull out sweaters and rainboots for my girls that summer was only just one month ago. And yet somehow, despite the pouring rain out our window, not so long ago we were lathering sunscreen and soaking up some rays (okay the soaking up part probably shouldn't be taken literally since there isn't a whole lot of soaking up that goes on with a toddler on the loose!). Like the good adopted Frenchies/real Frenchies that we are, we fled the city this past summer for a little R&R on a little known island called Groix. 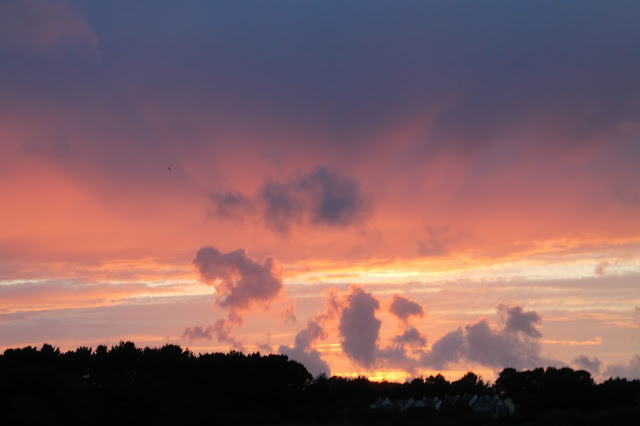 If you're looking for an international travel spot and want to get off the beaten path a little, then might I suggest Groix Island? My husband's French family has been coming to this island for generations and I, for one, totally get why. It's not a very big thing, only 8 kilometers long (roughly 4 miles) and 3 wide (a little over 1 mile) with about 2,300 residents year round. Of course that number changes a lot over the summer months when a ton of Parisians and local Brittany folks flood into town for some summer lovin'. 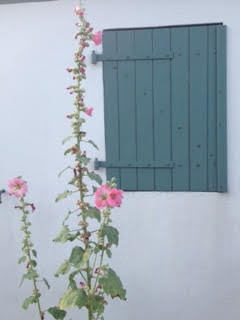 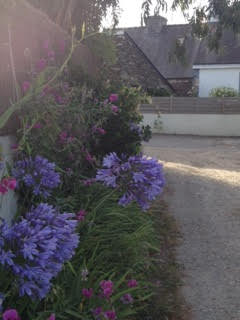 There's just a charm about this island. You instantly feel like you've been transported back to a time when most people ride bikes, sit around a table drinking hard cider and savoring a good book at the beach. People just aren't too busy to have fun the old school way.
So without further ado, some of the best things to do on this island should ever you consider it as a place you might want to go: 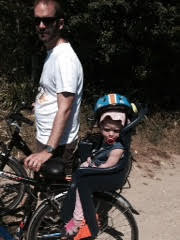 1. Rent bikes. Even if you aren't a hardcore bike rider, everyone does it (cars are pretty expensive to bring in on the ferry) and since the island isn't very big it's very doable via bike (we just did it this last spring with 4 adults and 5 kids 5 and under). Plus it's such a beautiful island that you'll get to actually take it in this way.

2. Go to the beach. There are literally tons of little known beaches all over this tiny island and the discovering is totally part of the fun. If you want the classic sandy beach (aka less rugged) then go to Les Sables) 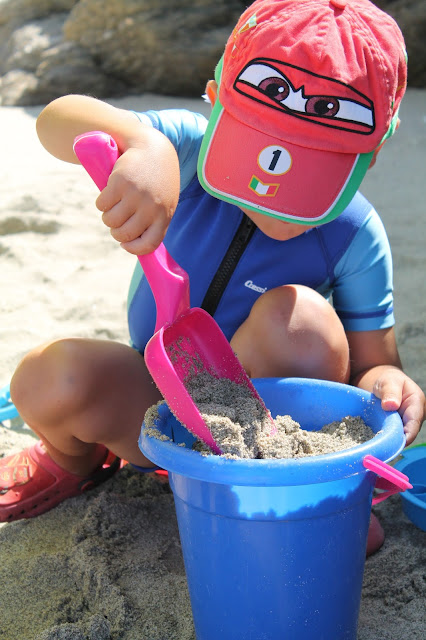 3.Visit Penn Menn. A historic lighthouse on the cliff side of the island, sunset on a clear night is breathtaking. 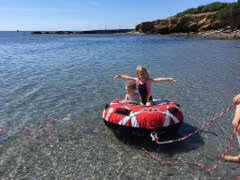 5. Grab soft serve ice cream (a tradition in our family) down by the wharf as the ferry boats come in.

6. Go folk dancing! I've totally done this, and it was really fun. It was kind of like a celtic form of square dancing. This is only available during the summer months though.

7. Picnic! Buy some brie cheese, a baguette and a bottle of wine and go take in a picnic (there are picnic tables all over the island or you could just find your own spot). 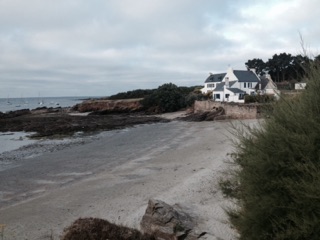 8. Go to a creperie and eat real authentic crepes. A word to the wise: the way it works in France is you order a savory one and then after a sweet one for dessert. They usually come with a light green salad and cider is the traditional drink to order with it.

9. Hike--there are trails all over the place for short walks or more intense endeavors.

10. Go visit the glass blowers shop! It's a boutique as well as artists studio and you can actually watch them make their glass creations right there!

11. Go eat 'moules-frites'. Basically you get a giant pot of mussels along with a big ol' batch of french fries. Personally, I'm not a seafood fan but my husband loves this dish. 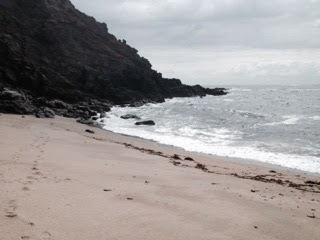 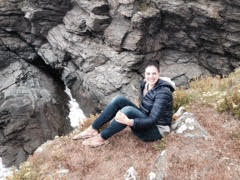 14. Sleep in the trees. Yes, it is as awesome as it sounds. Its a room up in the trees that you can rent by the night. Get your inner Swiss Family Robinson on.
Check it out here.

15. And lastly, go check out Parc a' Bout! It's owned by the same people who own the tree houses and it's all kinds of run. Your inner 10 year old will run rampant.


Some things to note if you go:

1. The only way onto the island is by ferry. Cars are freakishly expensive to bring across so you're better off using bikes. You catch the ferry in Lorient, France. There is a taxi service and a local bus:
taxi: (33)7 68 79 13 80
bus

2. I think the best time to go is in the summer when the island is alive but if you want a more secluded experience, then your best bet is more in the spring.

3. In Brittany there is a saying that you get all four seasons in one day; in summer the weather is generally nice with some rain showers thrown in so if you're looking for Riviera kind of weather, you should probably head to Nice. Basically bring layers and expect anything.

4. There are tons of rentals (from houses to hotels) during the summer months but they book up fast so reserve early. Google "maison de vacances + ile de groix" (houses) or "hotels/chambres d'hote + ile de groix" (hotels and B&Bs) 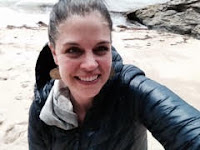