A Cueillette-ing We Will Go!

You guys. I'm in love with a farm. (A husband and daughter too just in case any of your were worried).  But not just any farm, a cueillette kind of farm. It's a good thing I've got friends that aren't as lazy as me otherwise I would have passed all this cueillette-y goodness without a clue (as in, my friend Heidi actually looks up cool places to go even after more than a decade of living in France). I mean, I've lived here for seven years now and just found out about these things the other day. But what is a cueillette farm, you might just be asking yourself? So glad you asked. Below, ladies and gentlemen, is a cueillette: 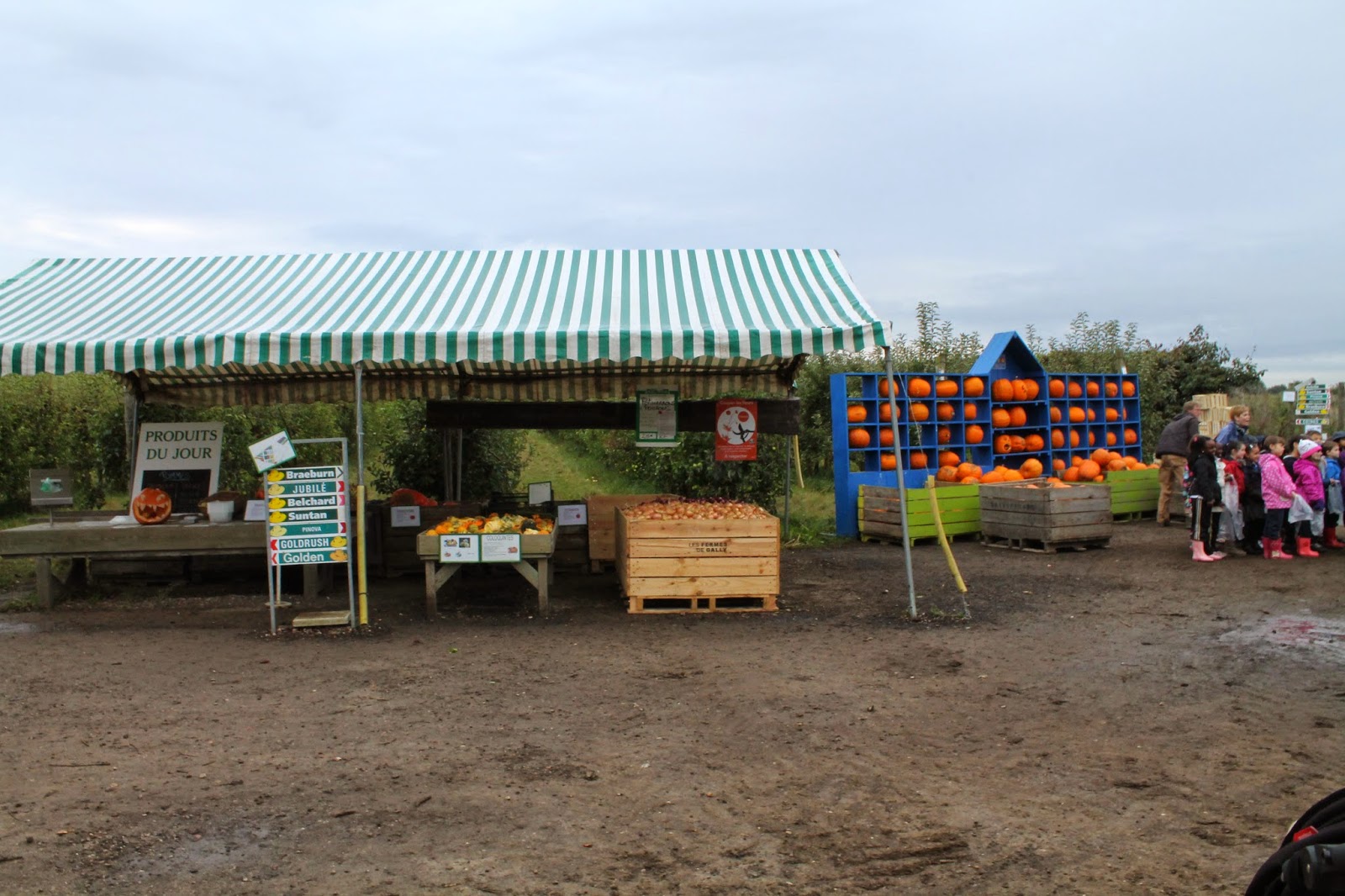 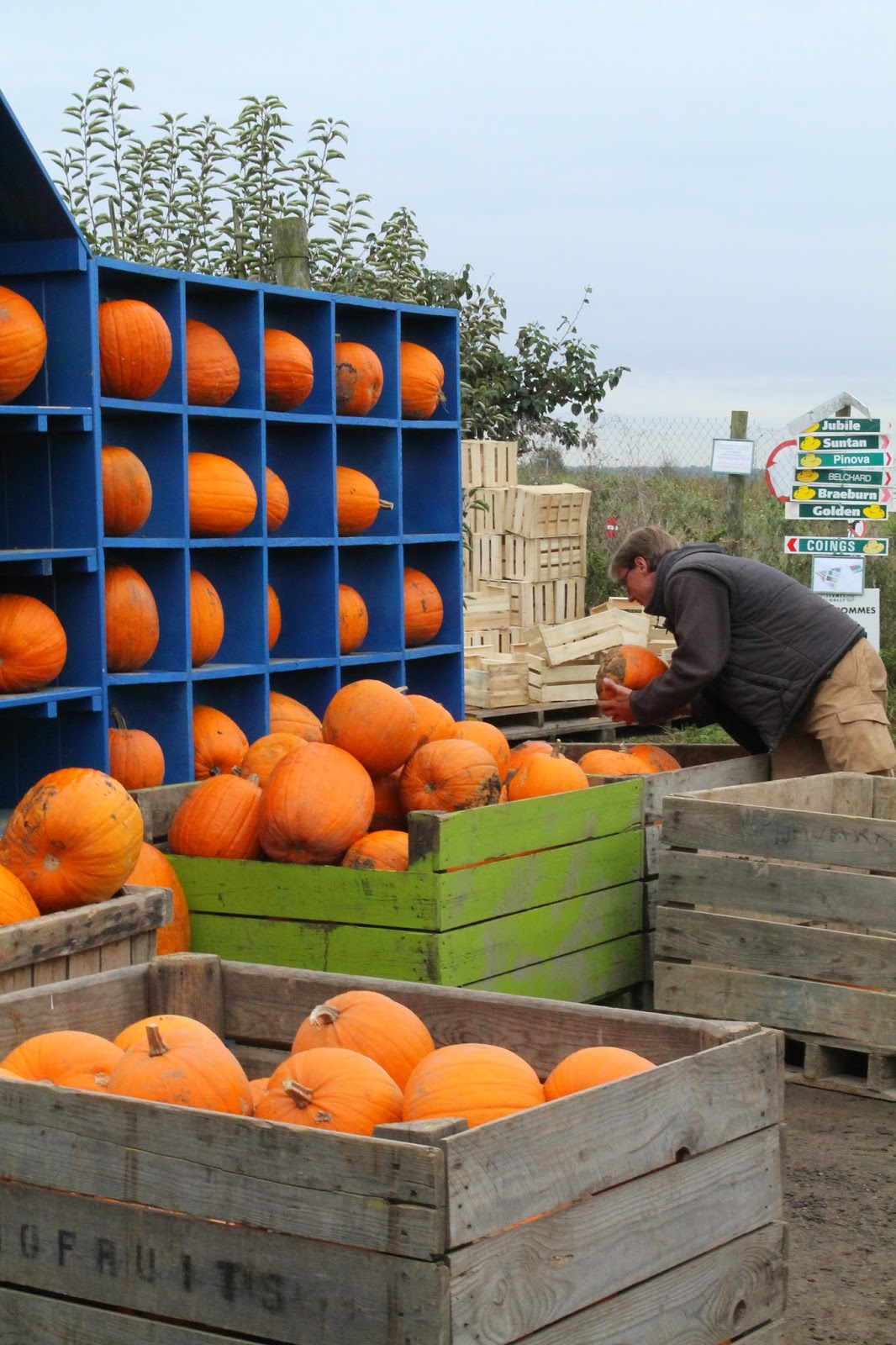 I mean, who doesn't want to go to a farm where catching, gathering, and hunting is involved, right?? The way a cueillette farm works is basically like a glorified u-pick farm. Only instead of just berries and whatnot, they have a little of everything, including flowers! Fun right? 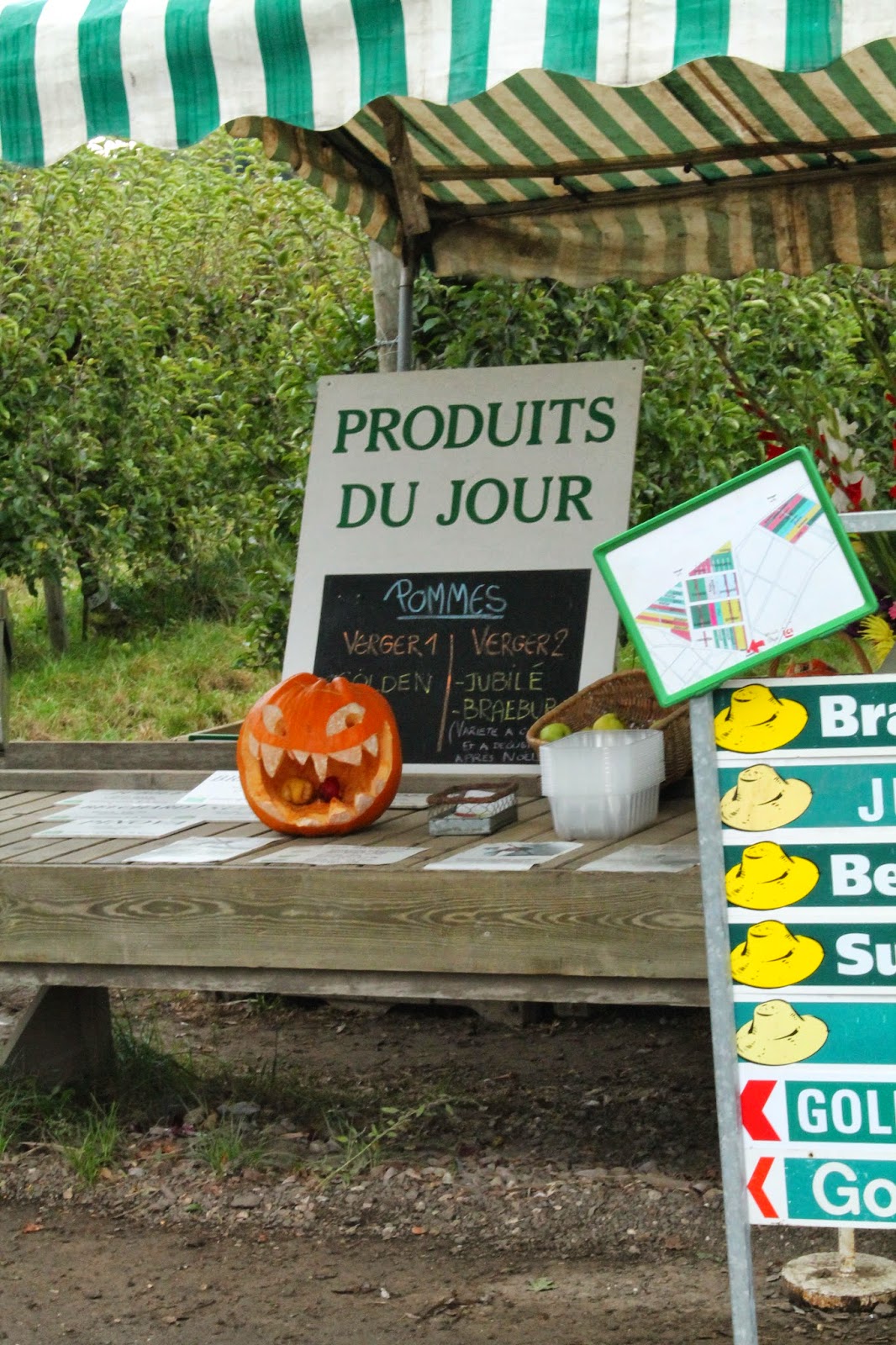 They way it works is you grab one of these big ol' wheelbarrows at the entrance and head out to whatever part of the farm that has the seasonal produce you might be interested in. 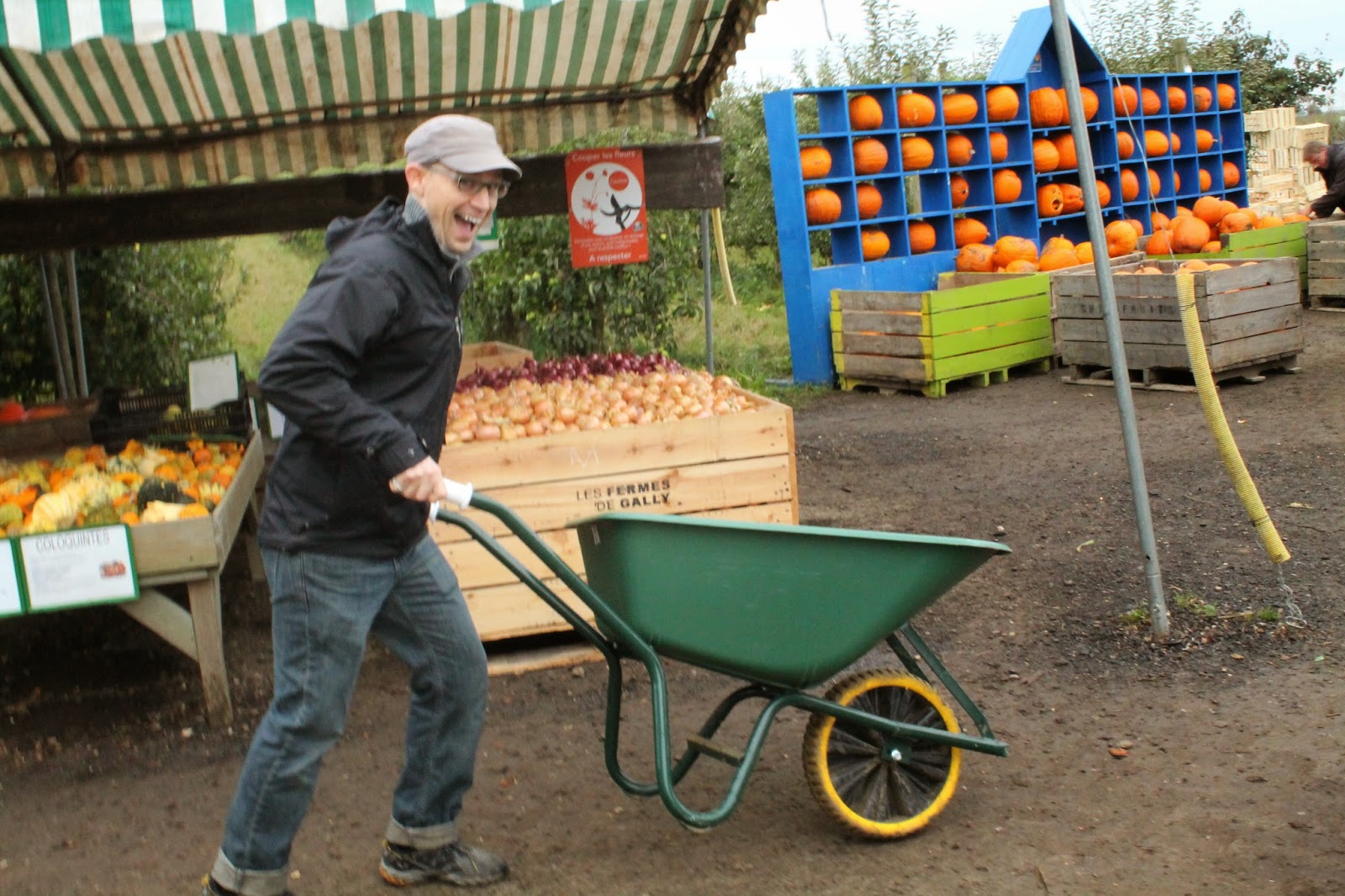 Here's a list of just a few of their products mentioned on the sign below: beans, eggplant, tomatoes, spicy peppers, zucchini, raspberries, spinach and radishes. 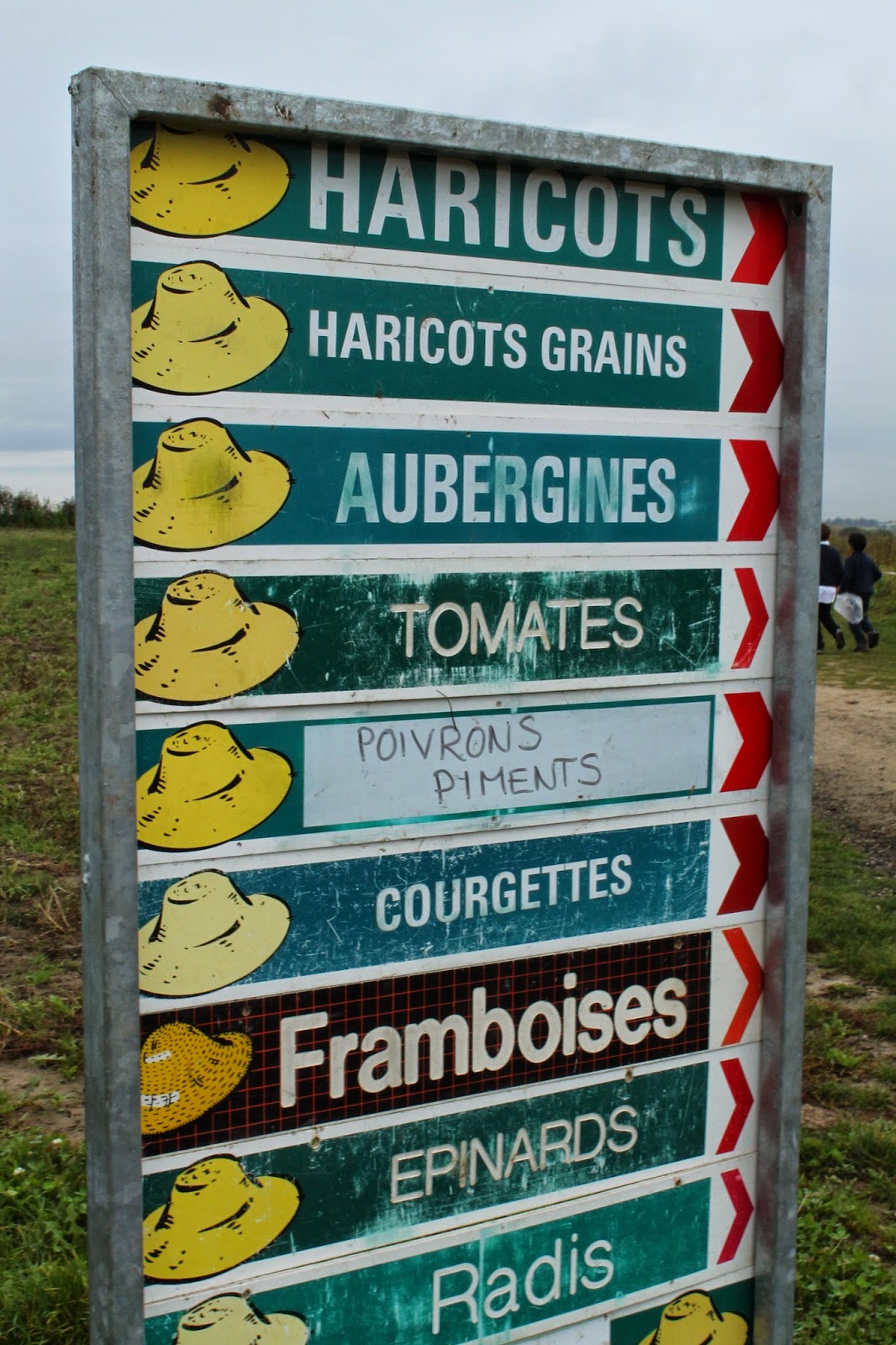 And of course not an awful place to take the kiddos: 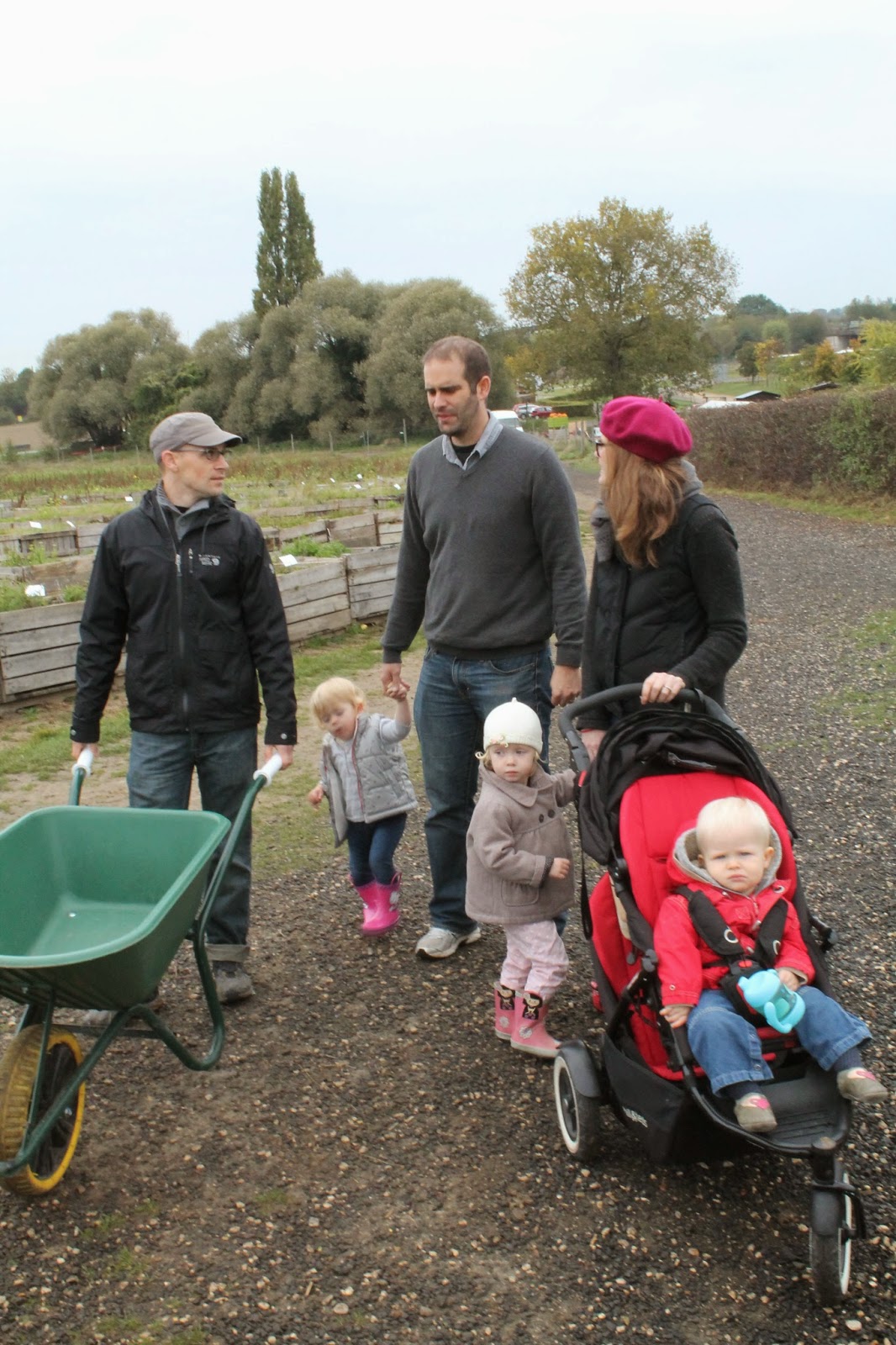 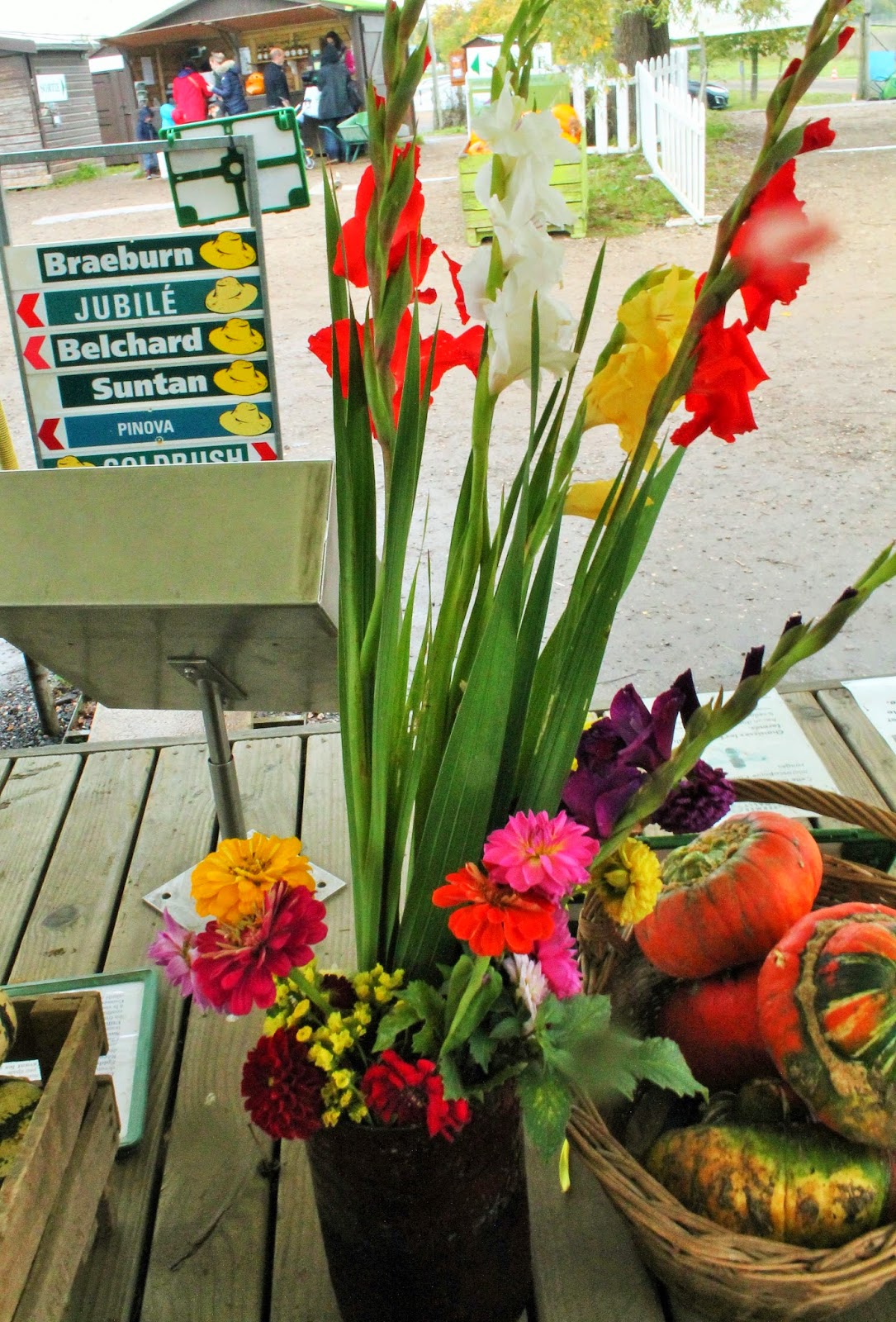 Near the entrance/exit they had a few products already picked and get this: pumpkins were less than 5 euros a piece! That's half the price of a Paris pumpkin! (Please understand this is important news to us American expats that are forced to tramp all over Paris every year looking for a dang pumpkin to carve only to have to sell all our possessions just to buy the thing) 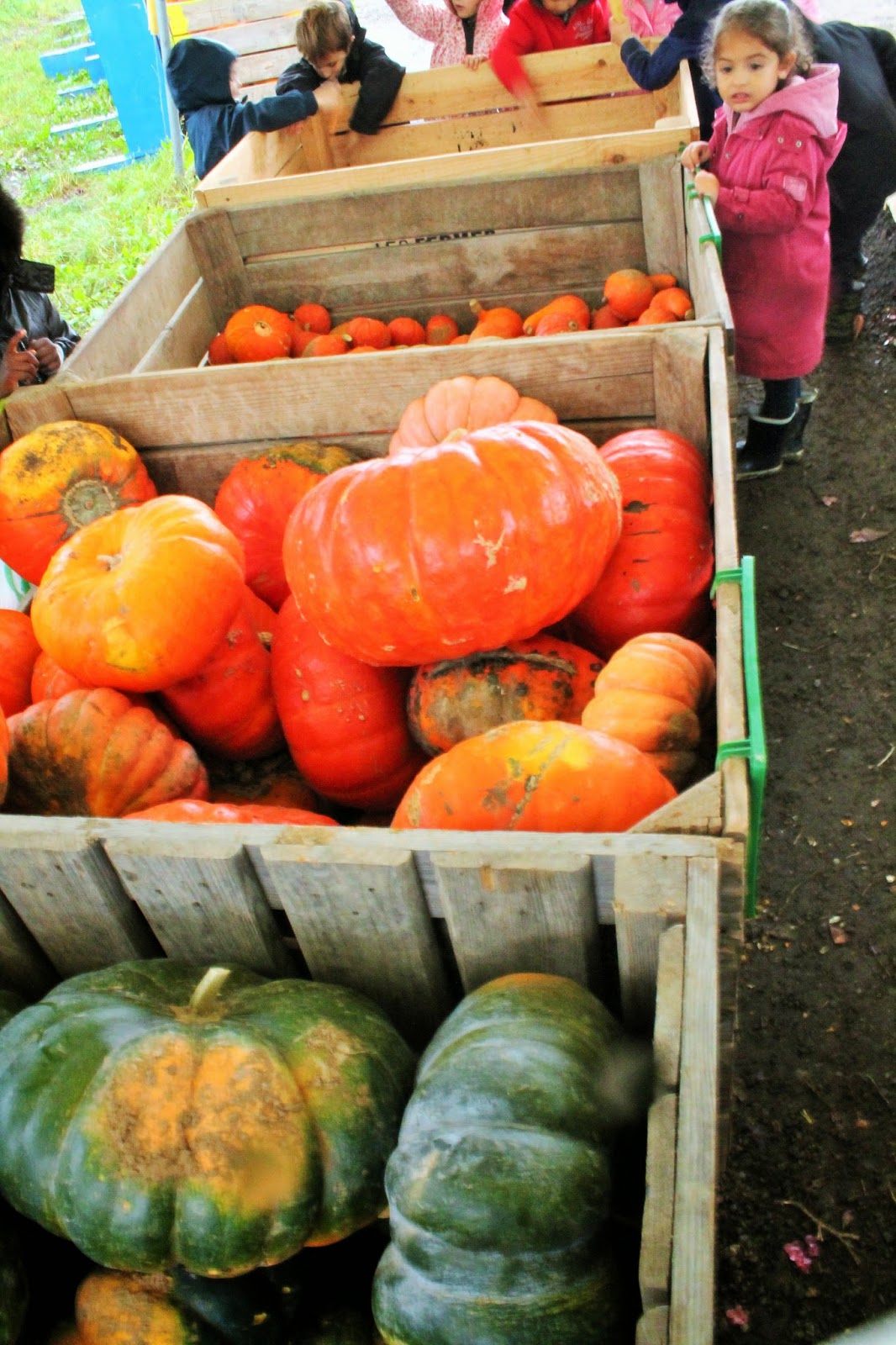 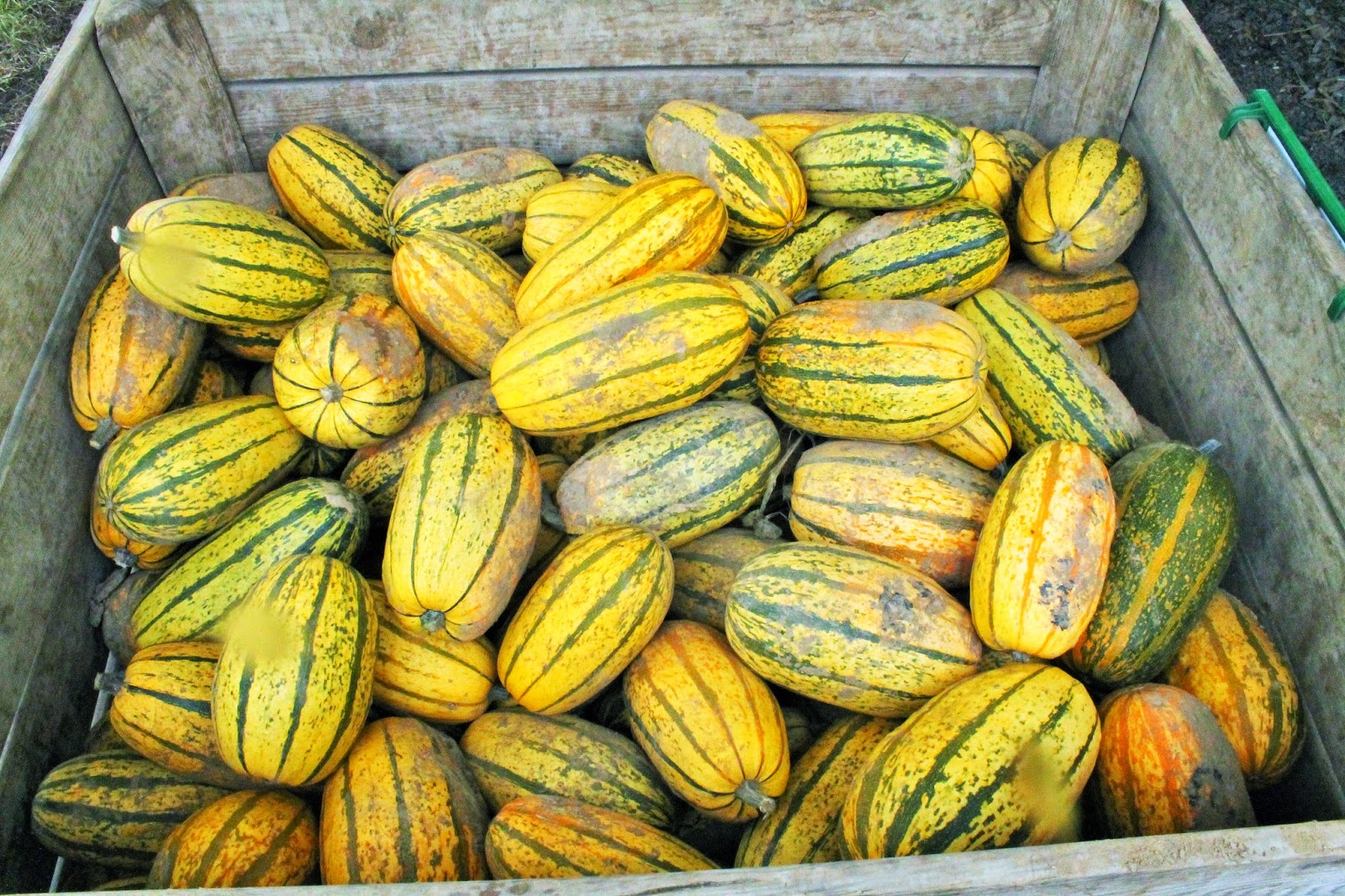 Putting the wheelbarrow to good use: (laziness must run in the family...lol) 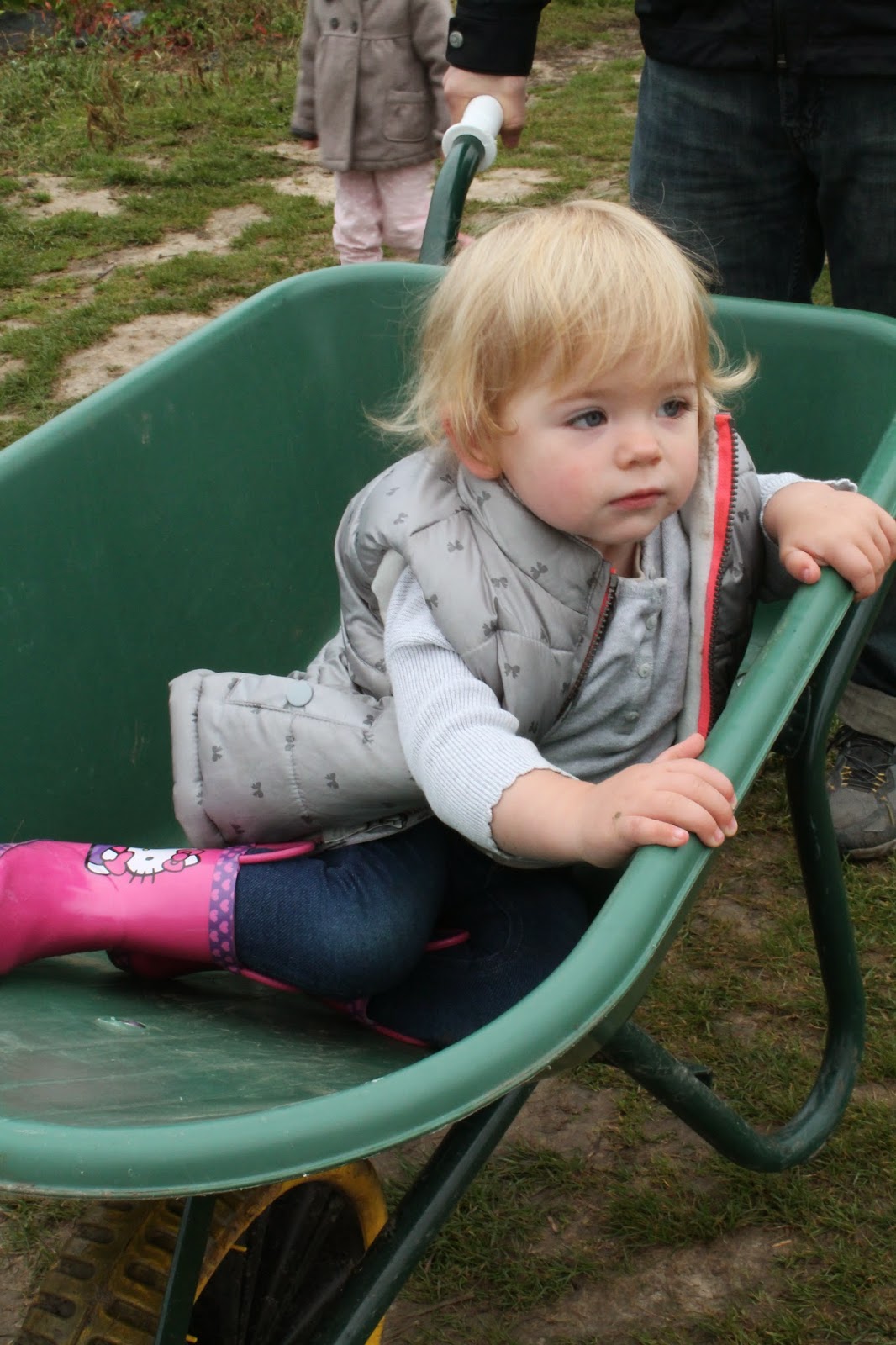 In the apple orchards, pickin' with Papa: 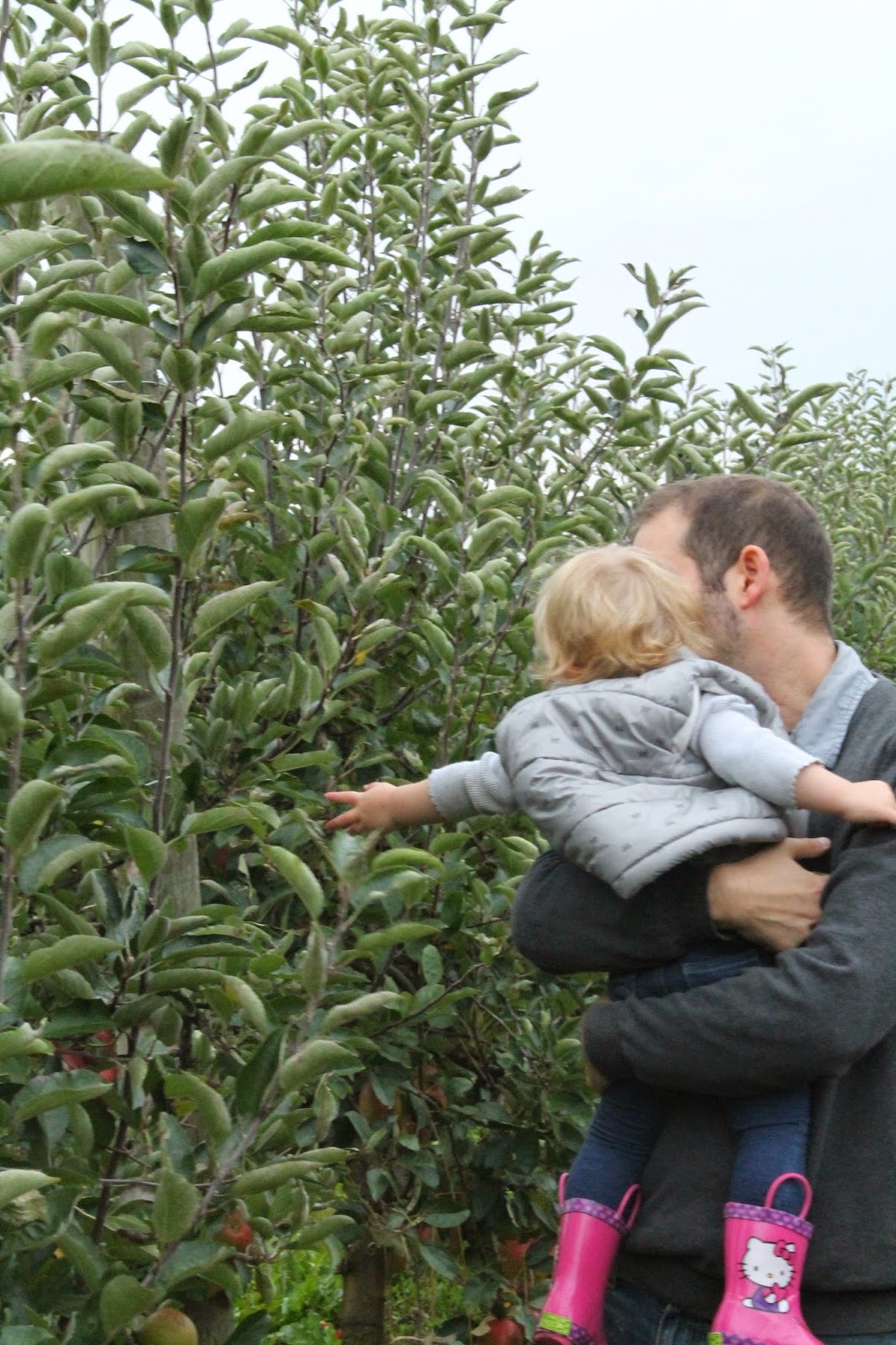 As it turns out the girl is much better at picking up apples on the ground than cleaning up her toys... 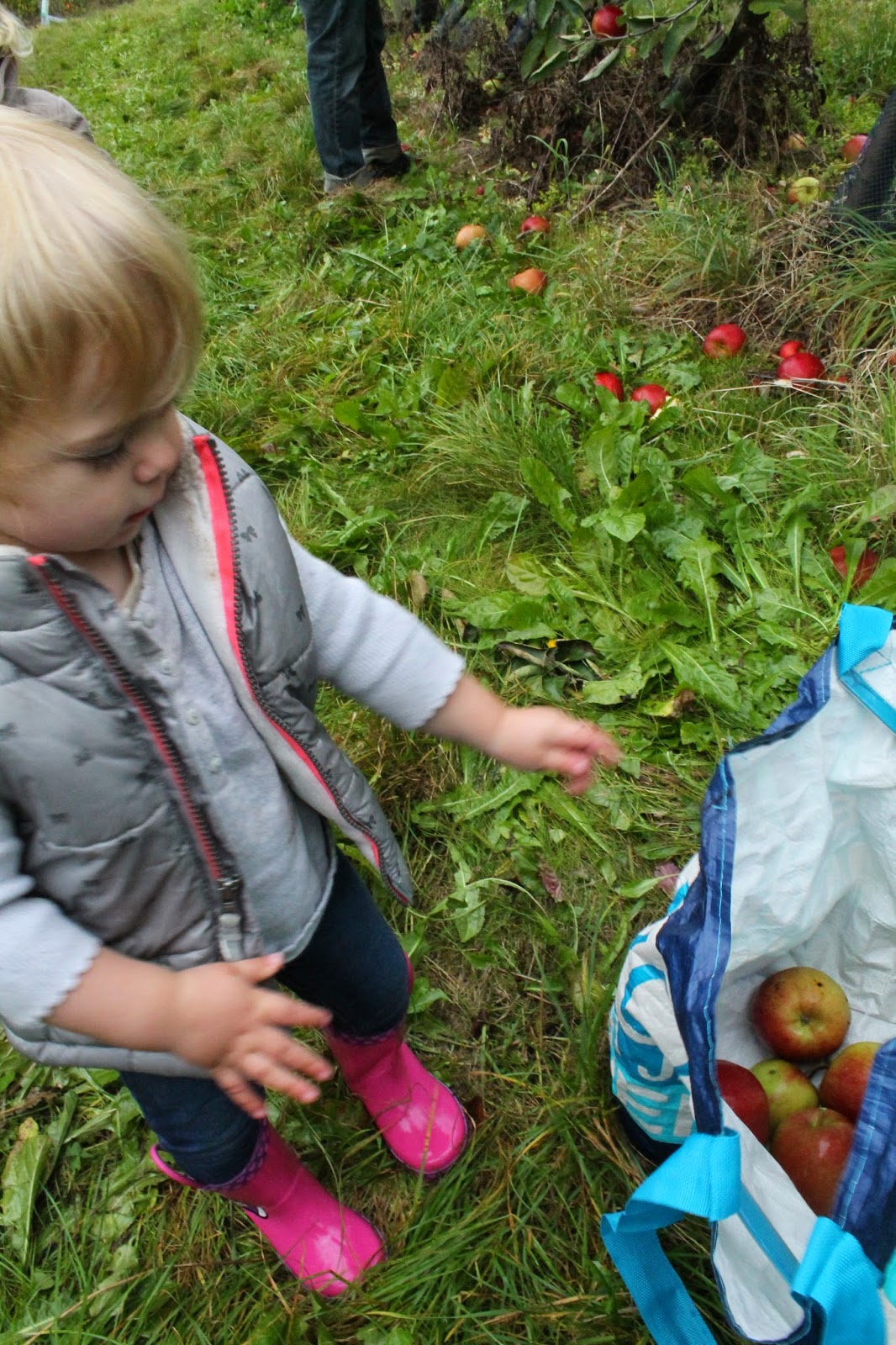 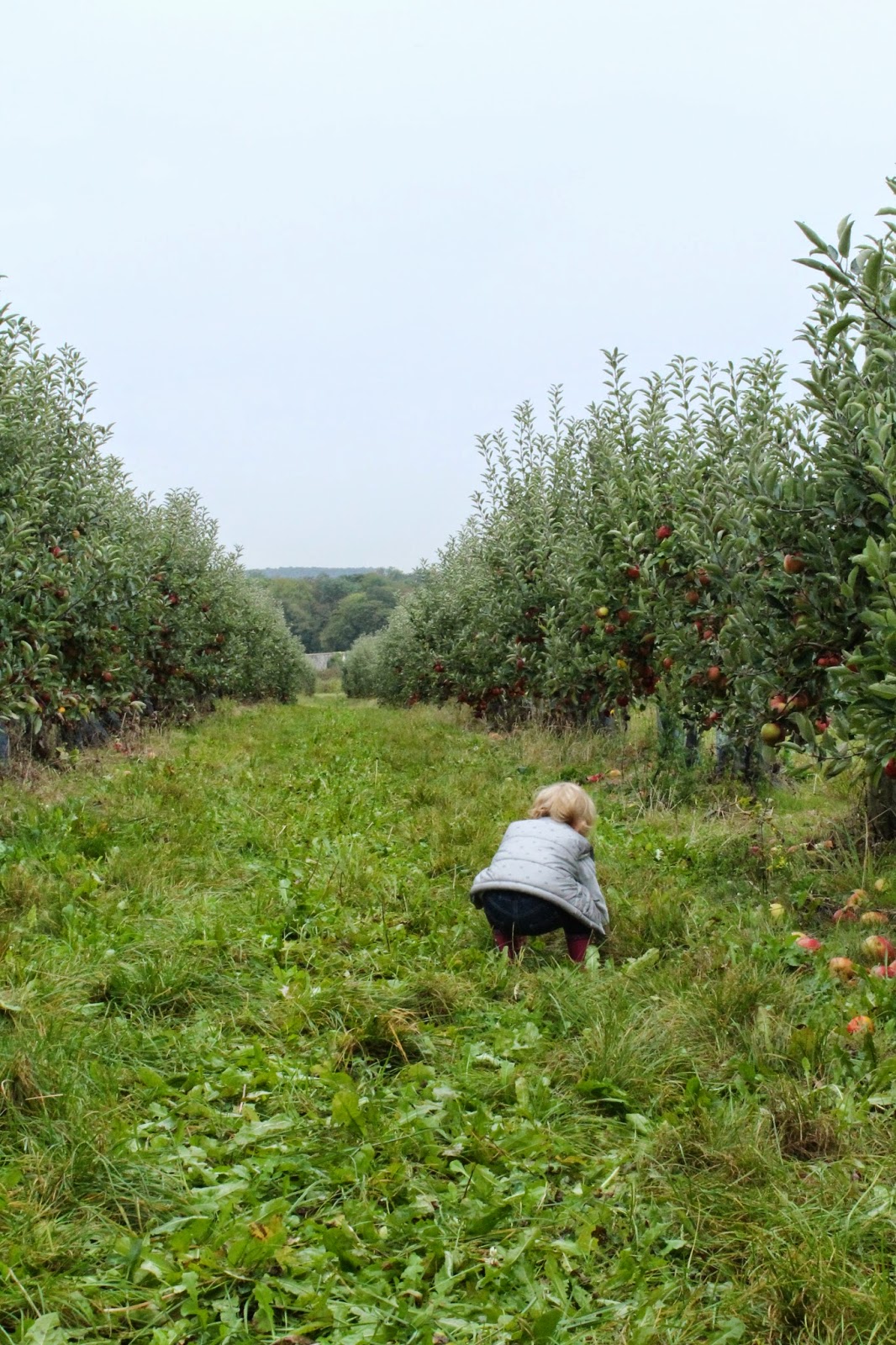 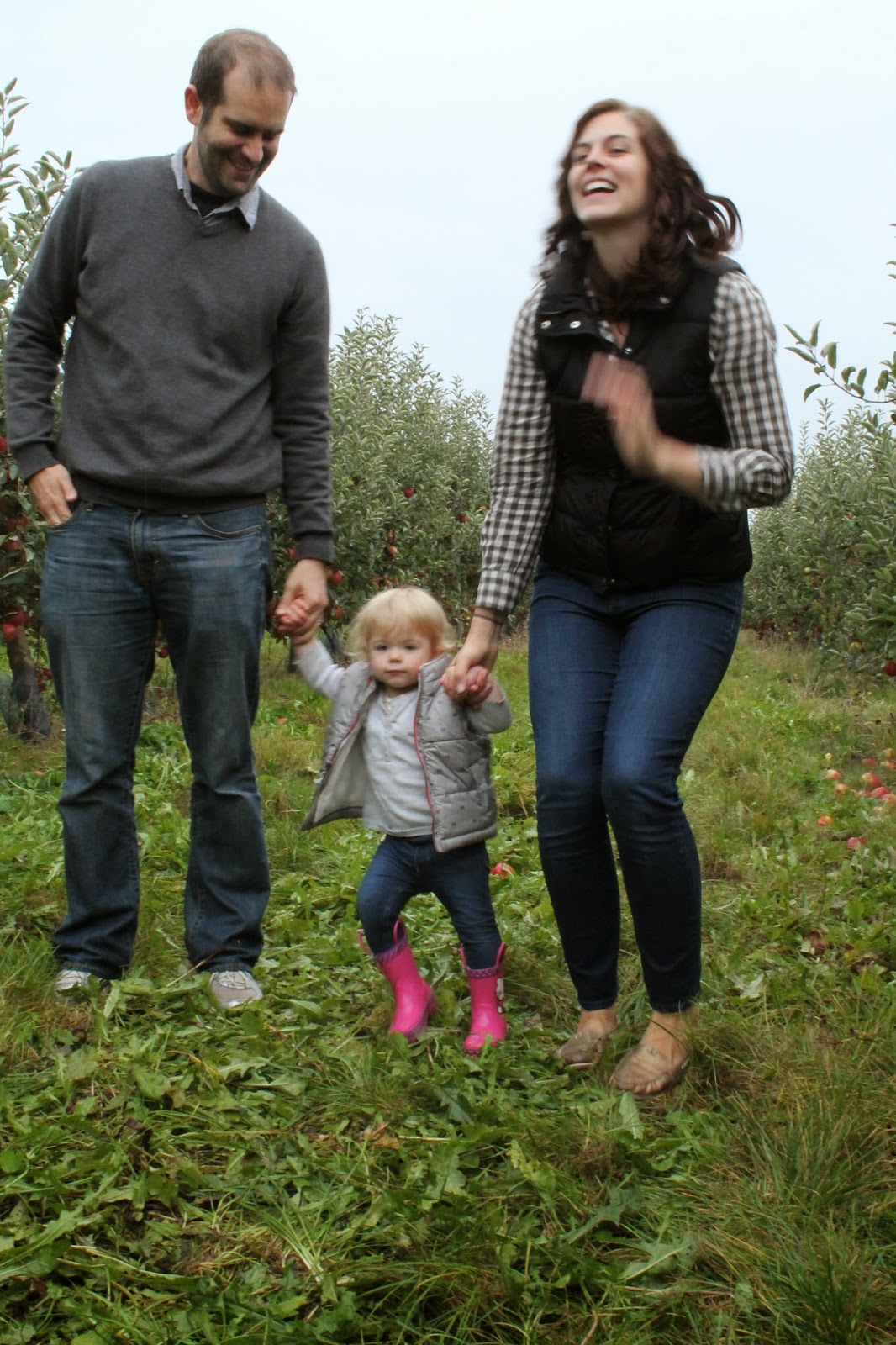 After our hard work on the farm we decided to head over to the other end where the animals and store were located. 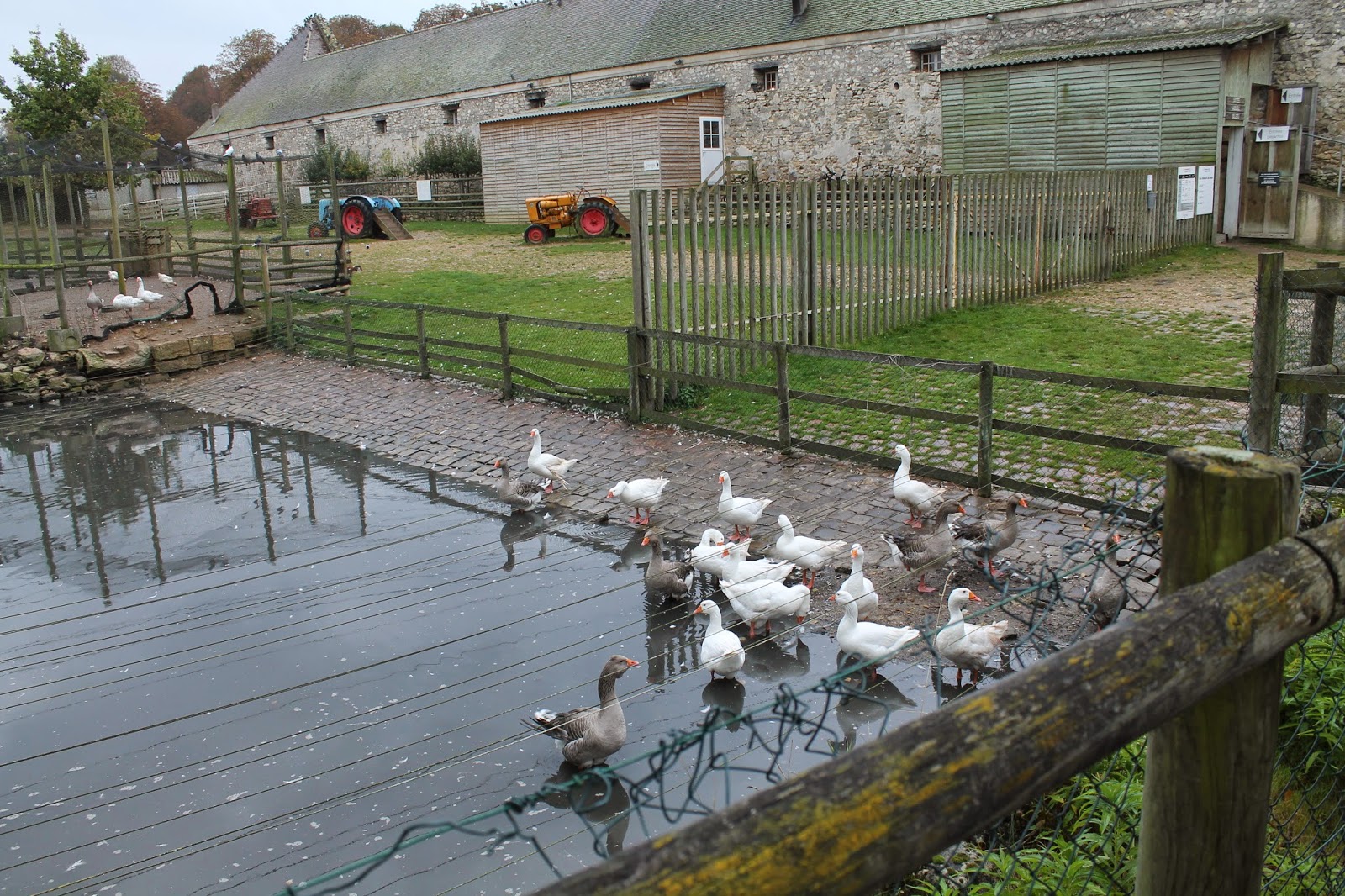 This, believe it or not, is an 'insect hotel'. I still haven't decided whether it is cool or creepy... 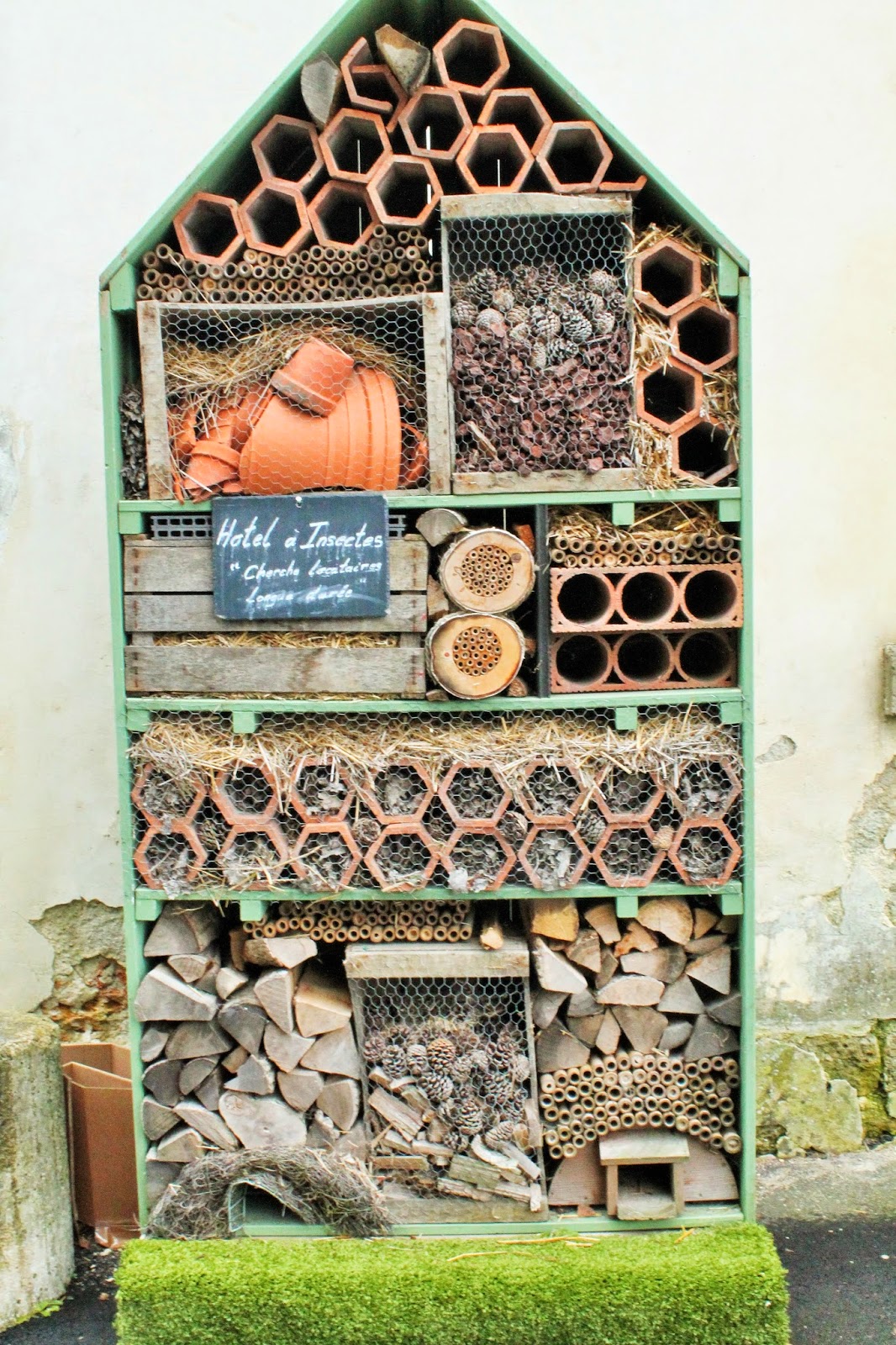 Isn't this just the cutest chicken coop ever?  It kind of looks like a little house! 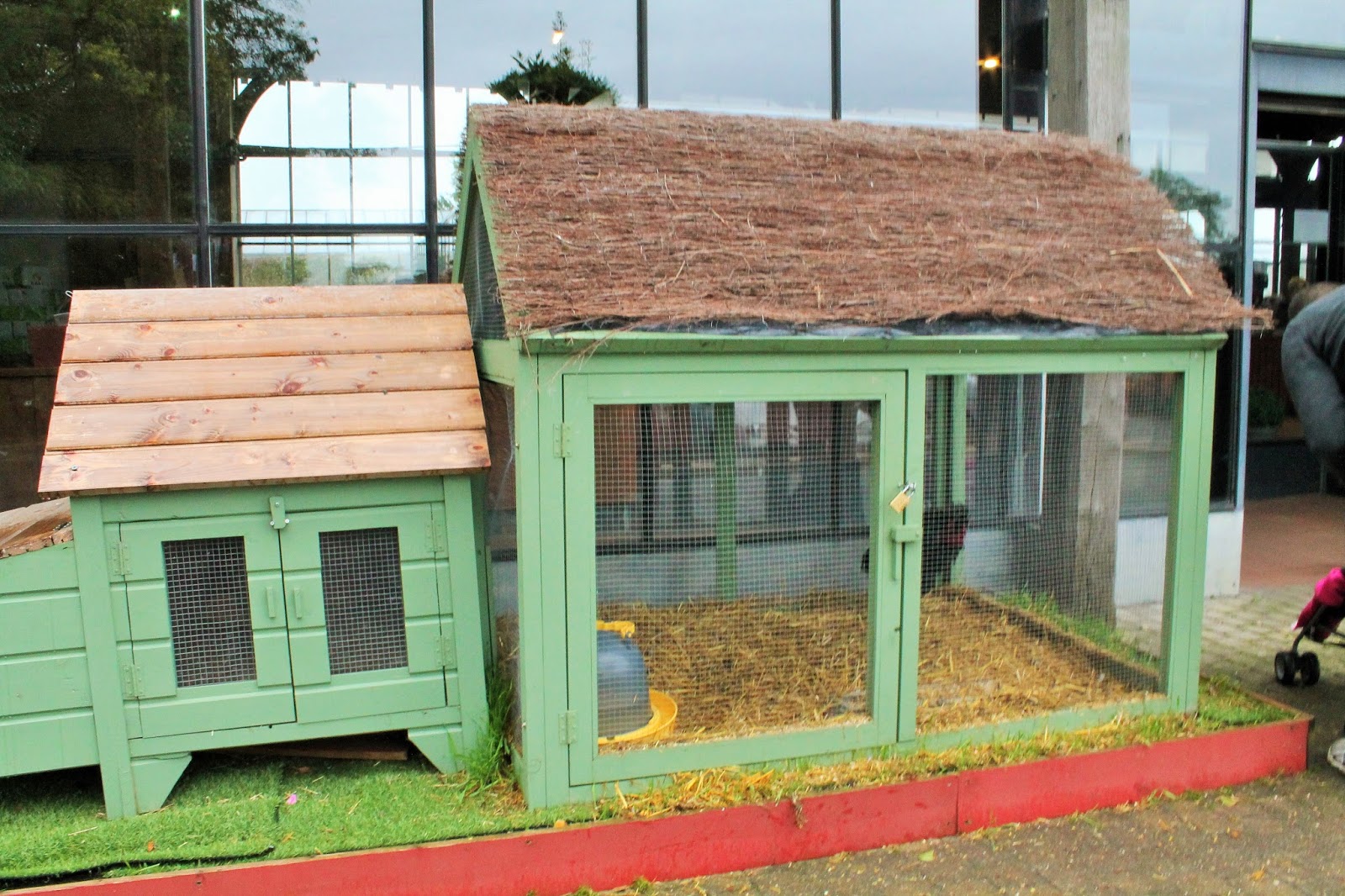 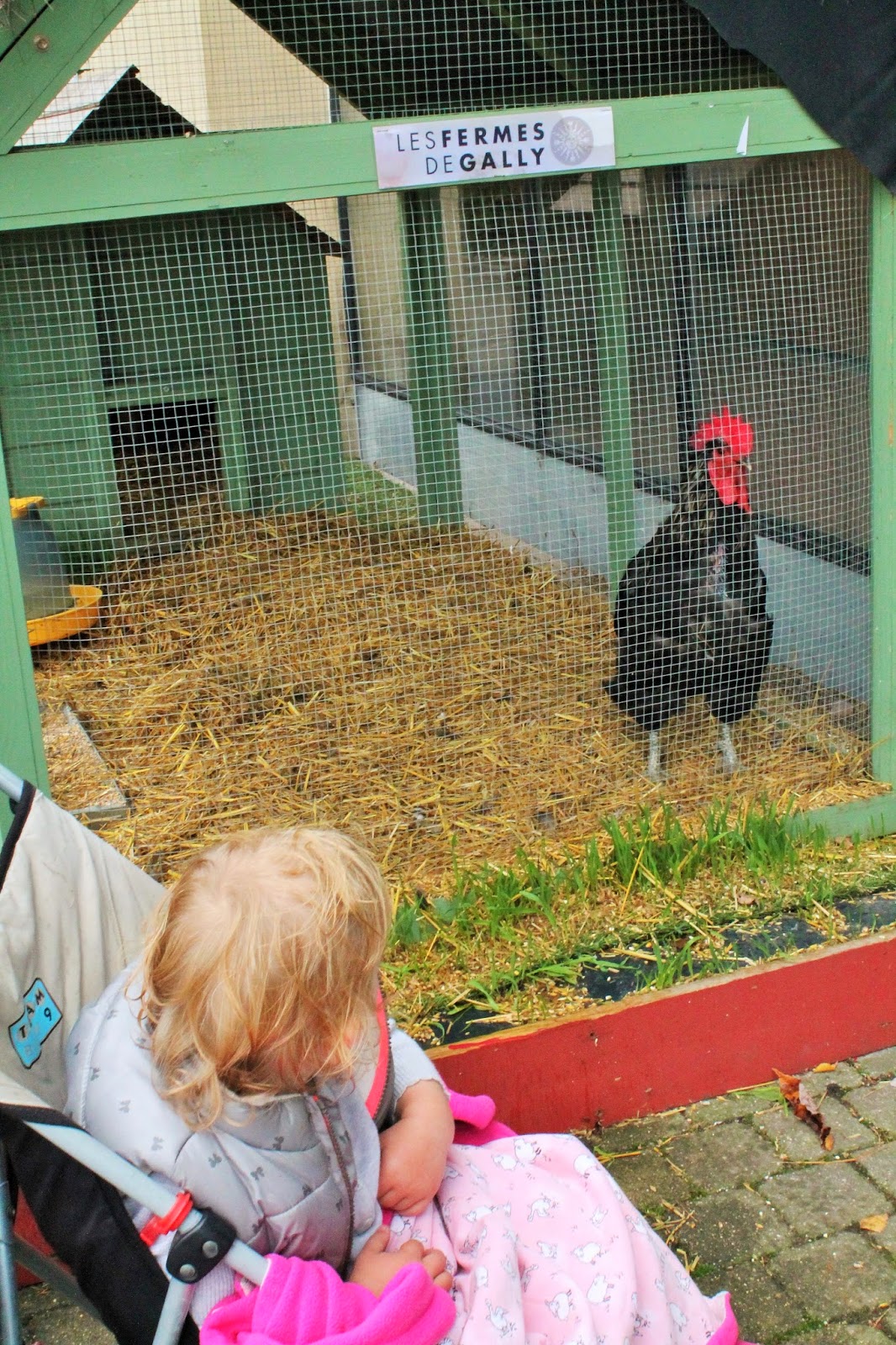 I have to say I was pretty blown away by their store. Here I am expecting a couple zucchinis and tomatoes and this was the view that awaited us: 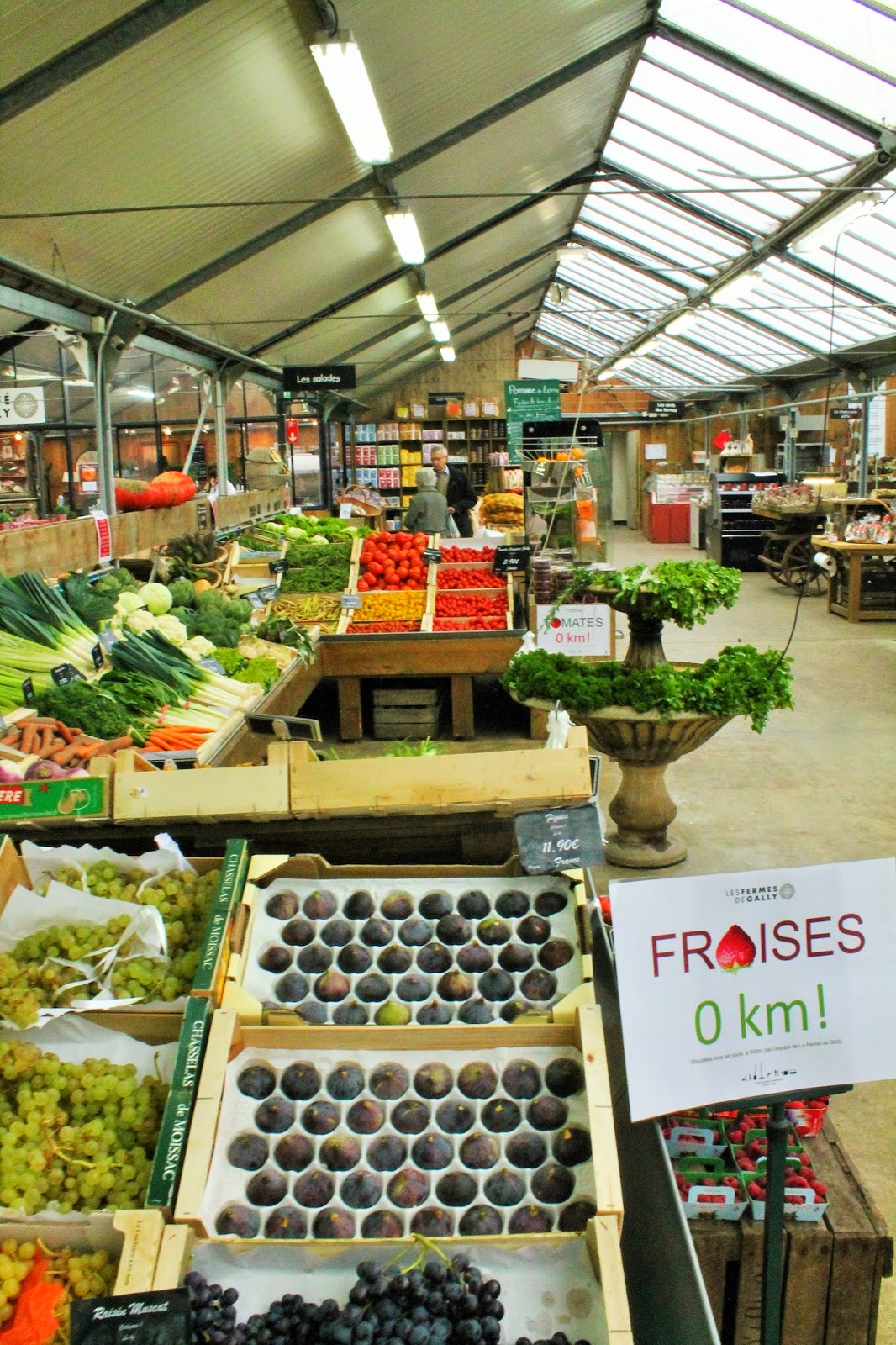 I mean, everything just looks gorgeous, doesn't it?? 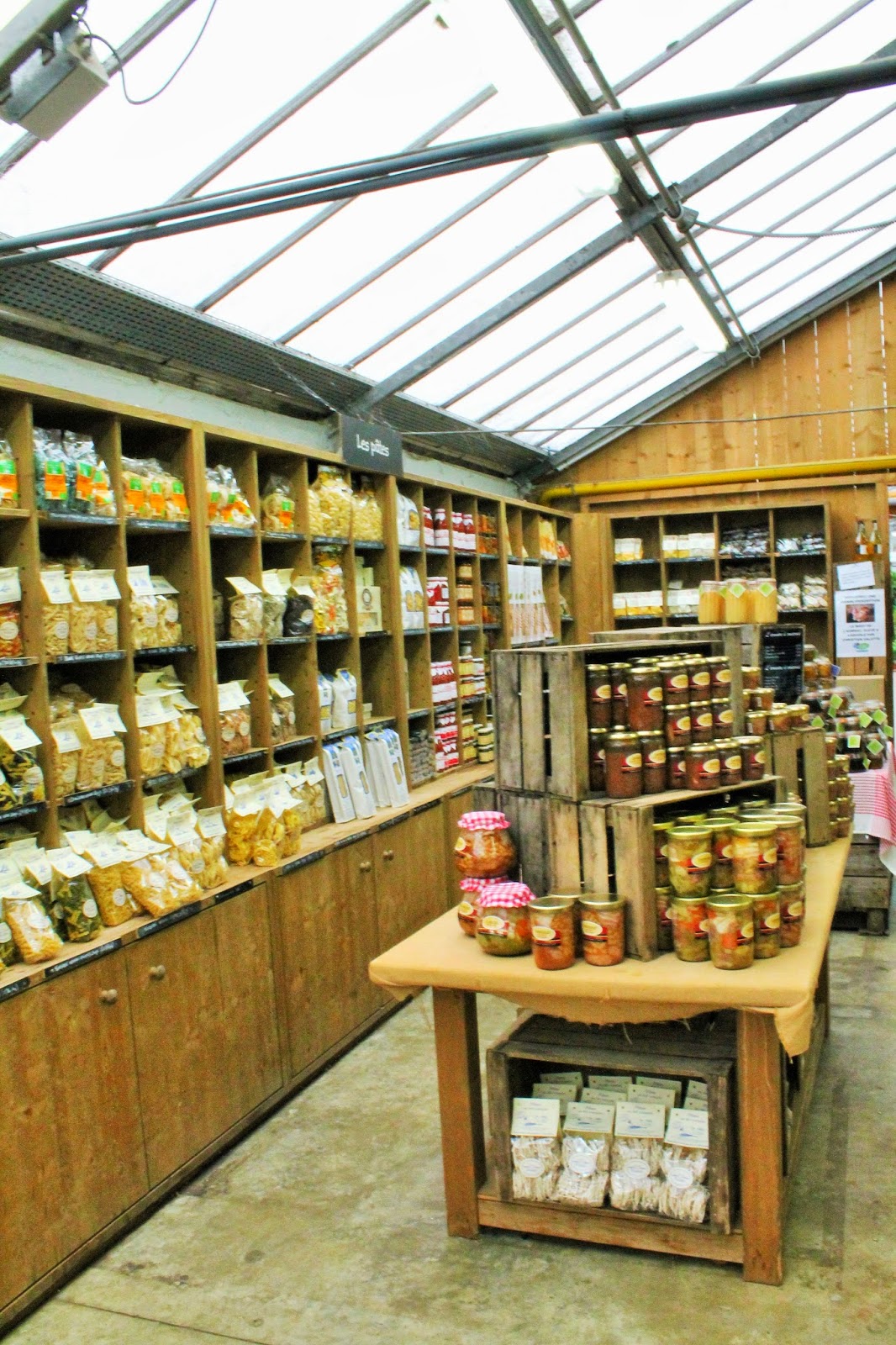 I loved some of the different creative displays as well. Check out the sausage stand: 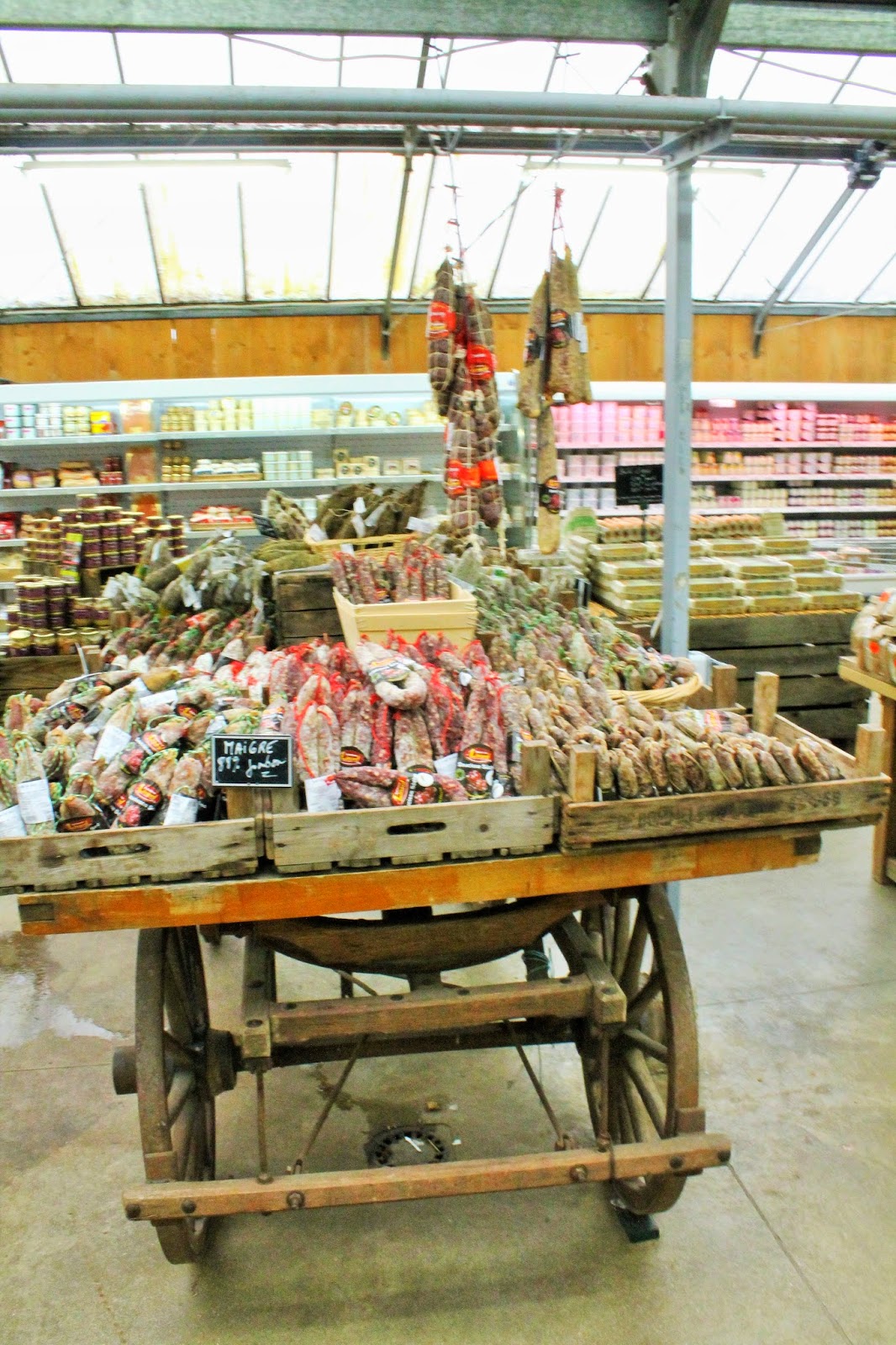 And is this not the most beautiful display you've ever seen for fresh herbs? Only in Europe would they make a fountain into a plant display! 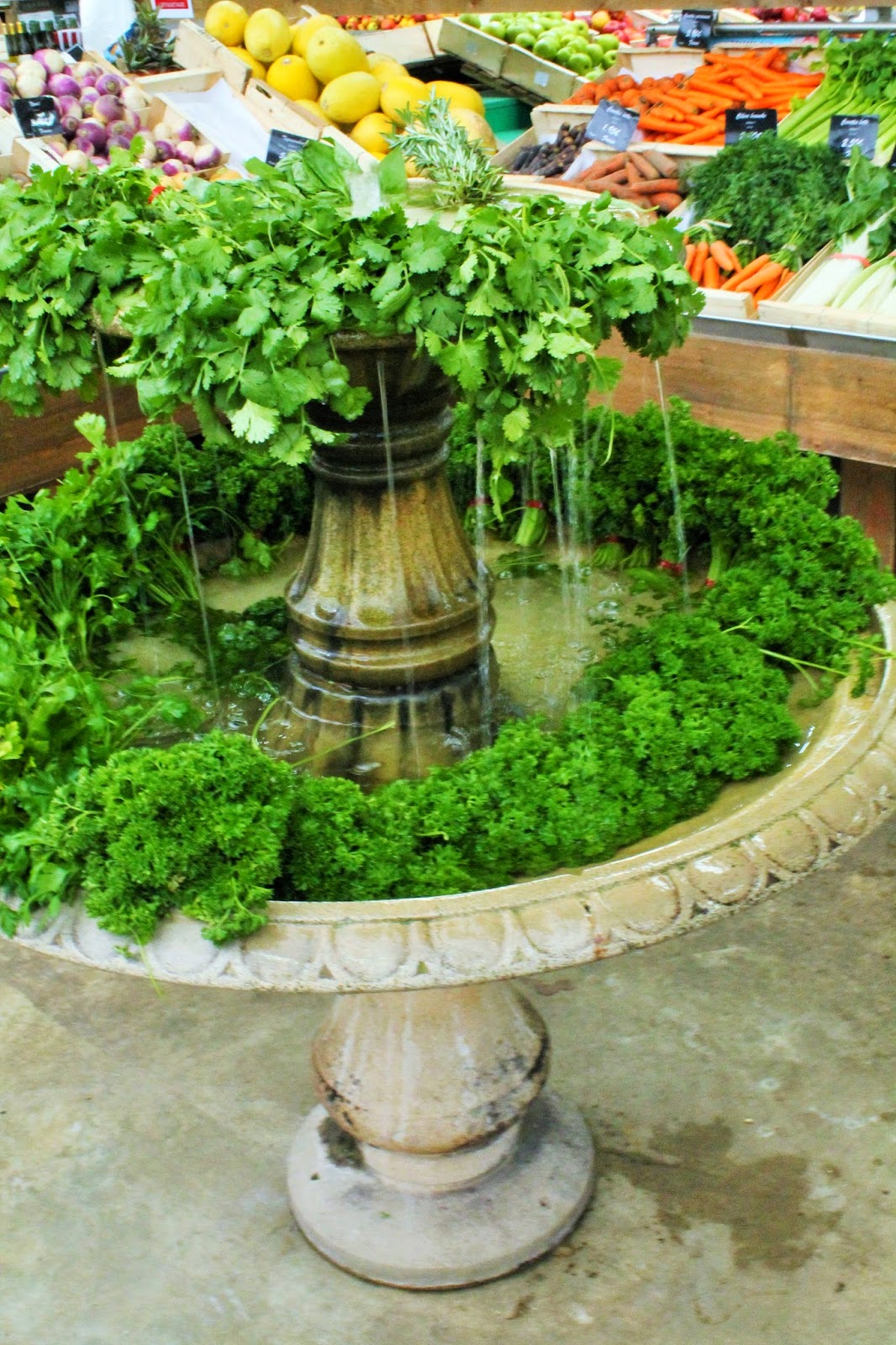 They also have a cafe/restaurant within the store as well. It was a little pricey for our little outing but definitely something to not rule out in the future! (Besides, who doesn't love a dog presenting you with the menu??) 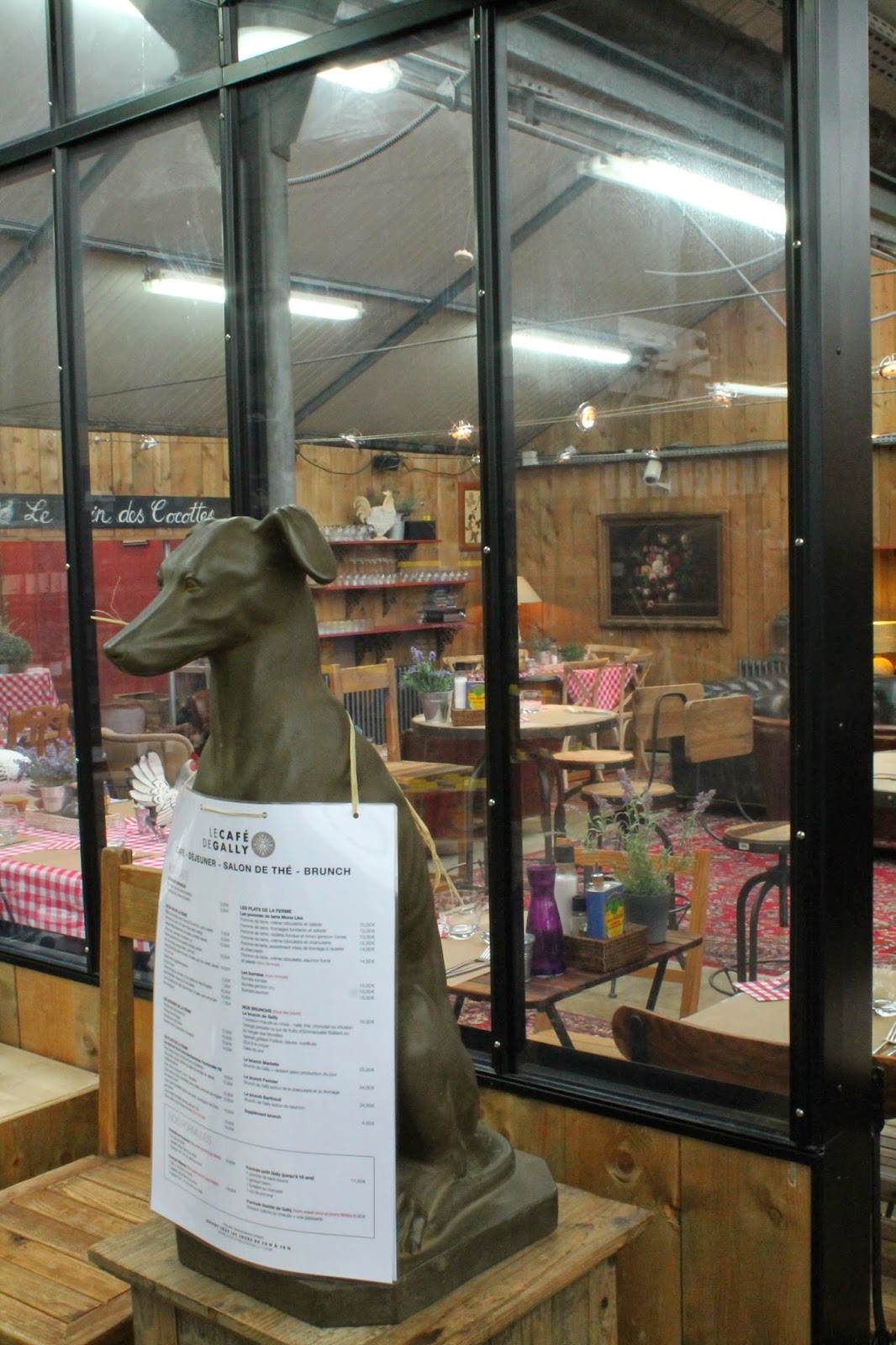 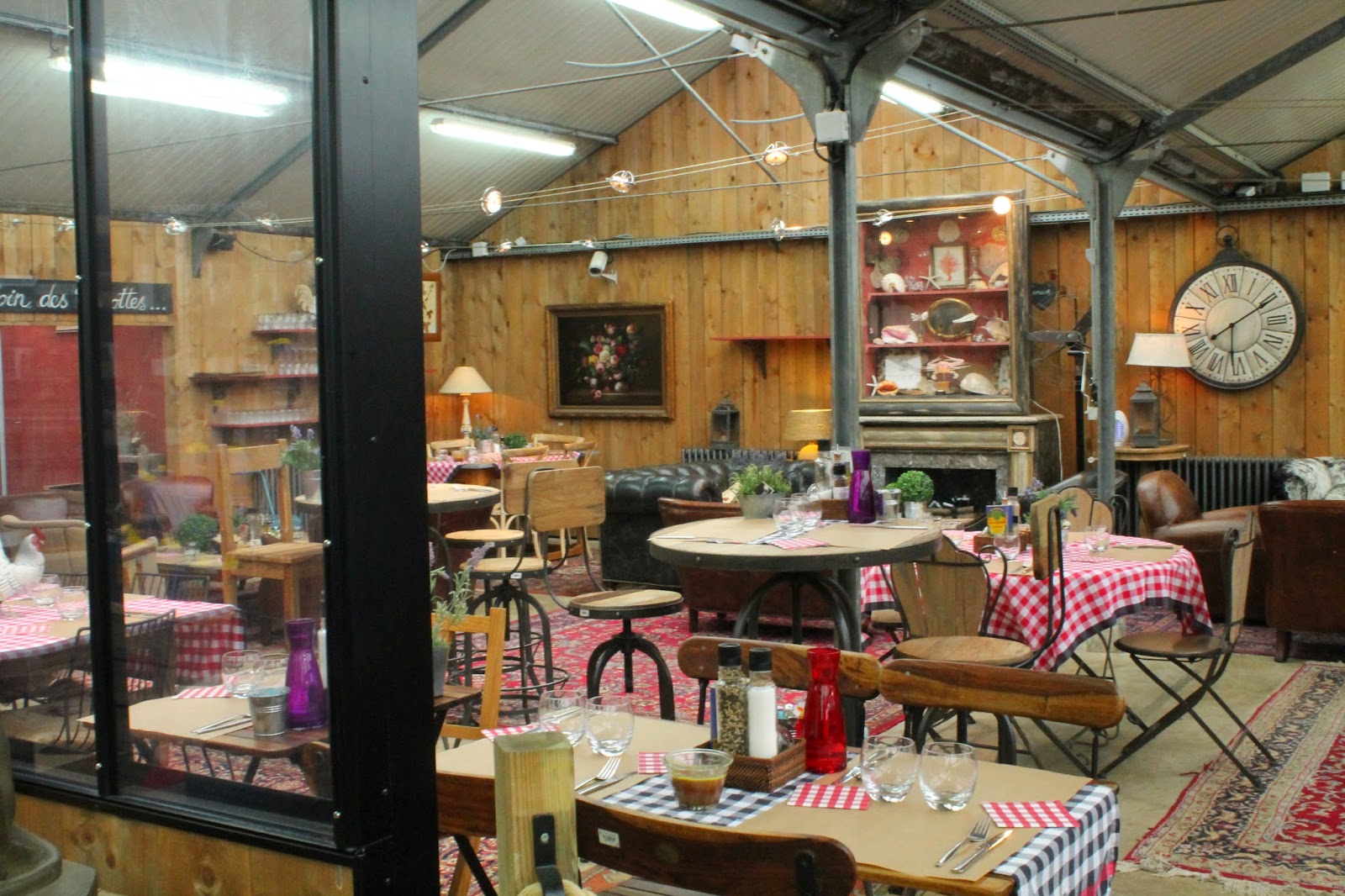 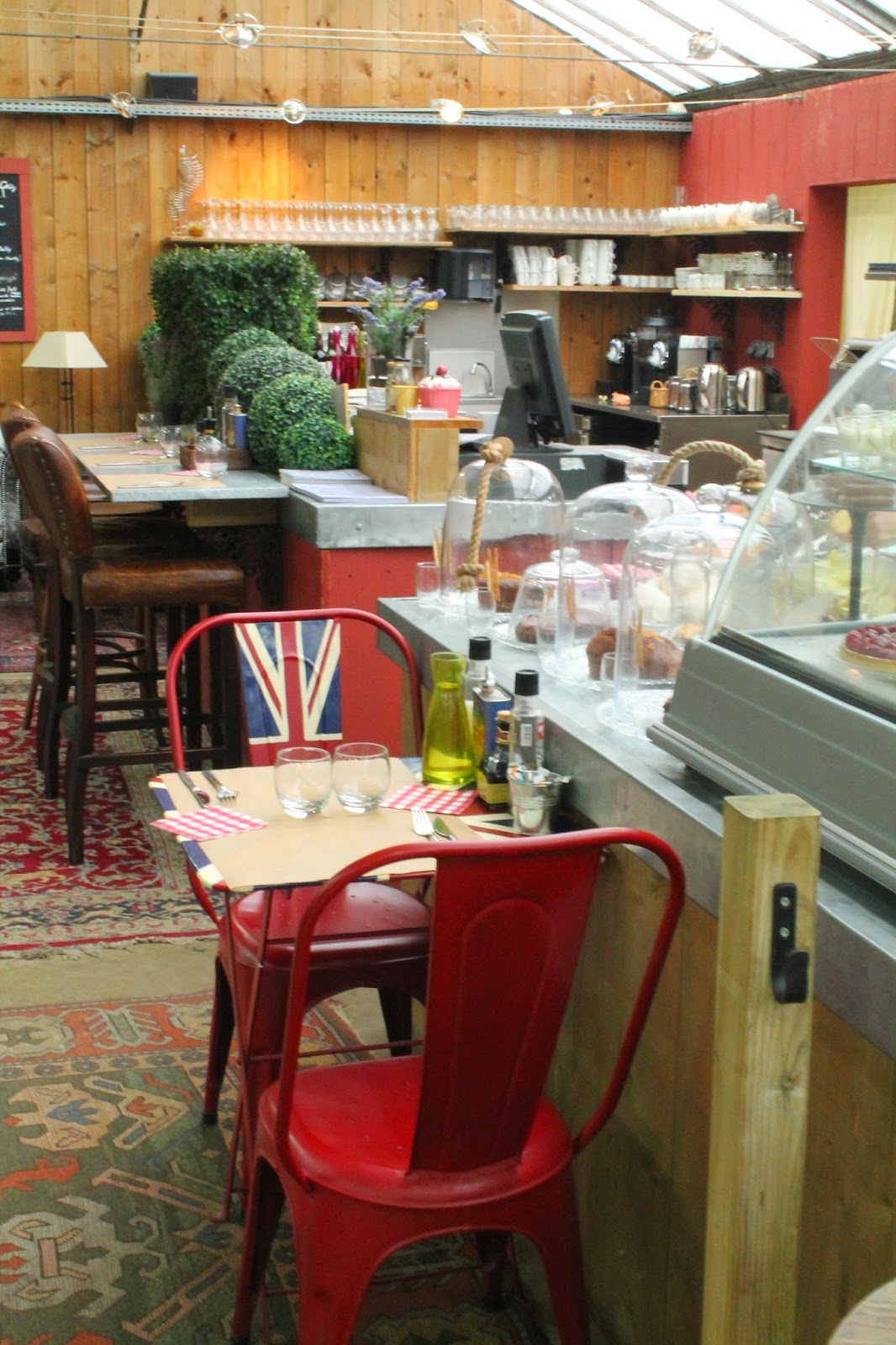 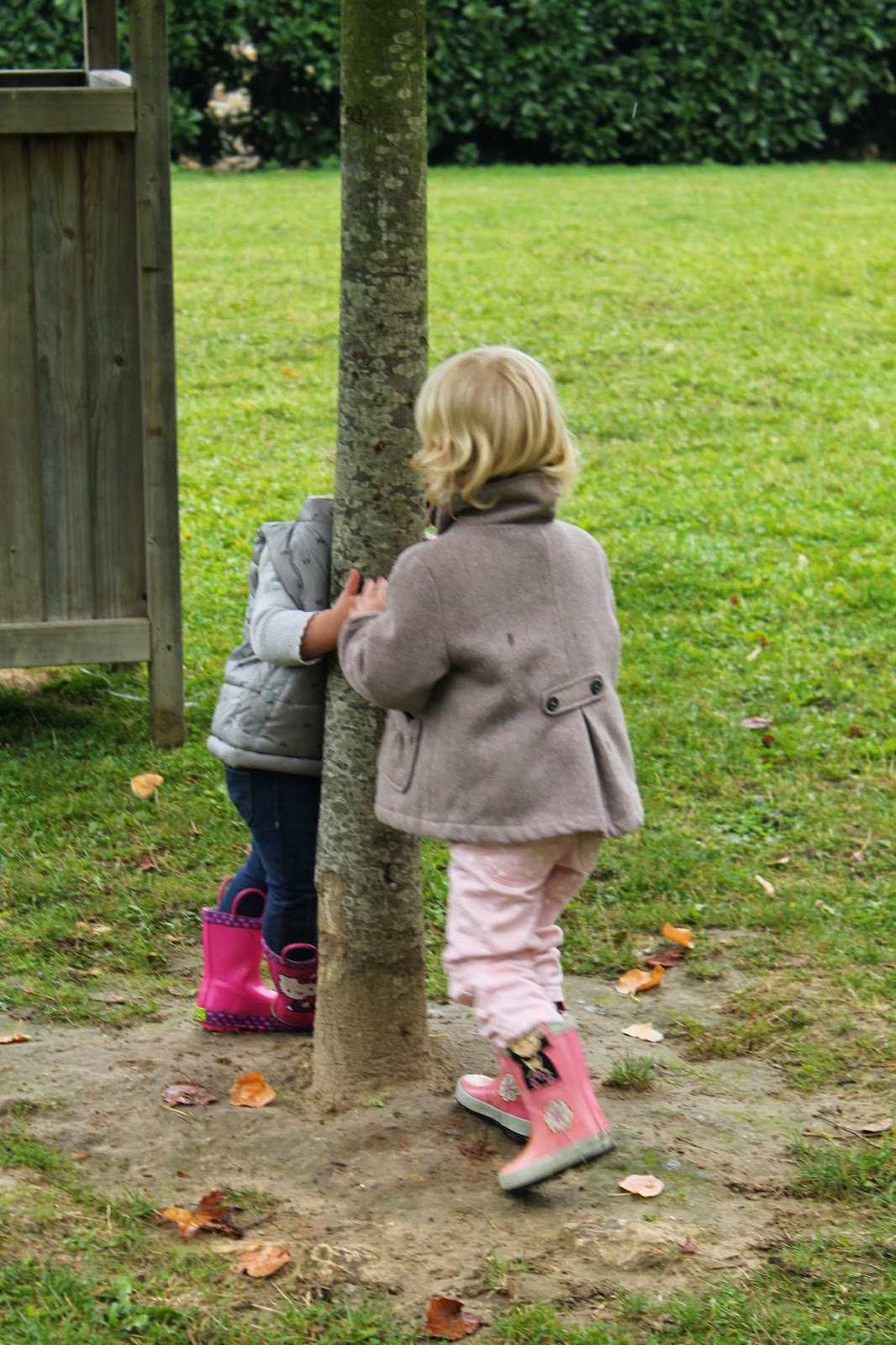 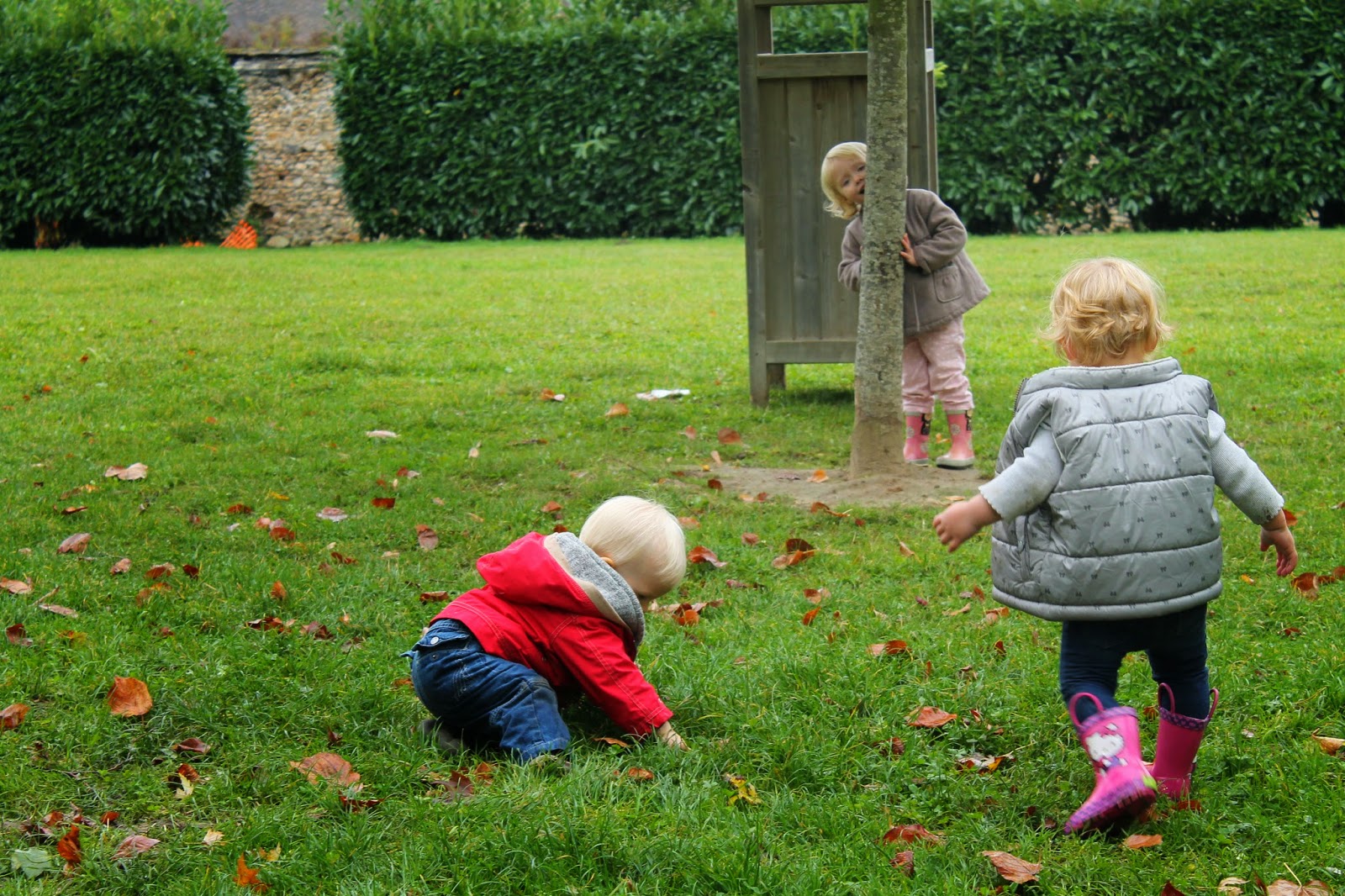 Good times were had by all. Here's our fall harvest that we took away: 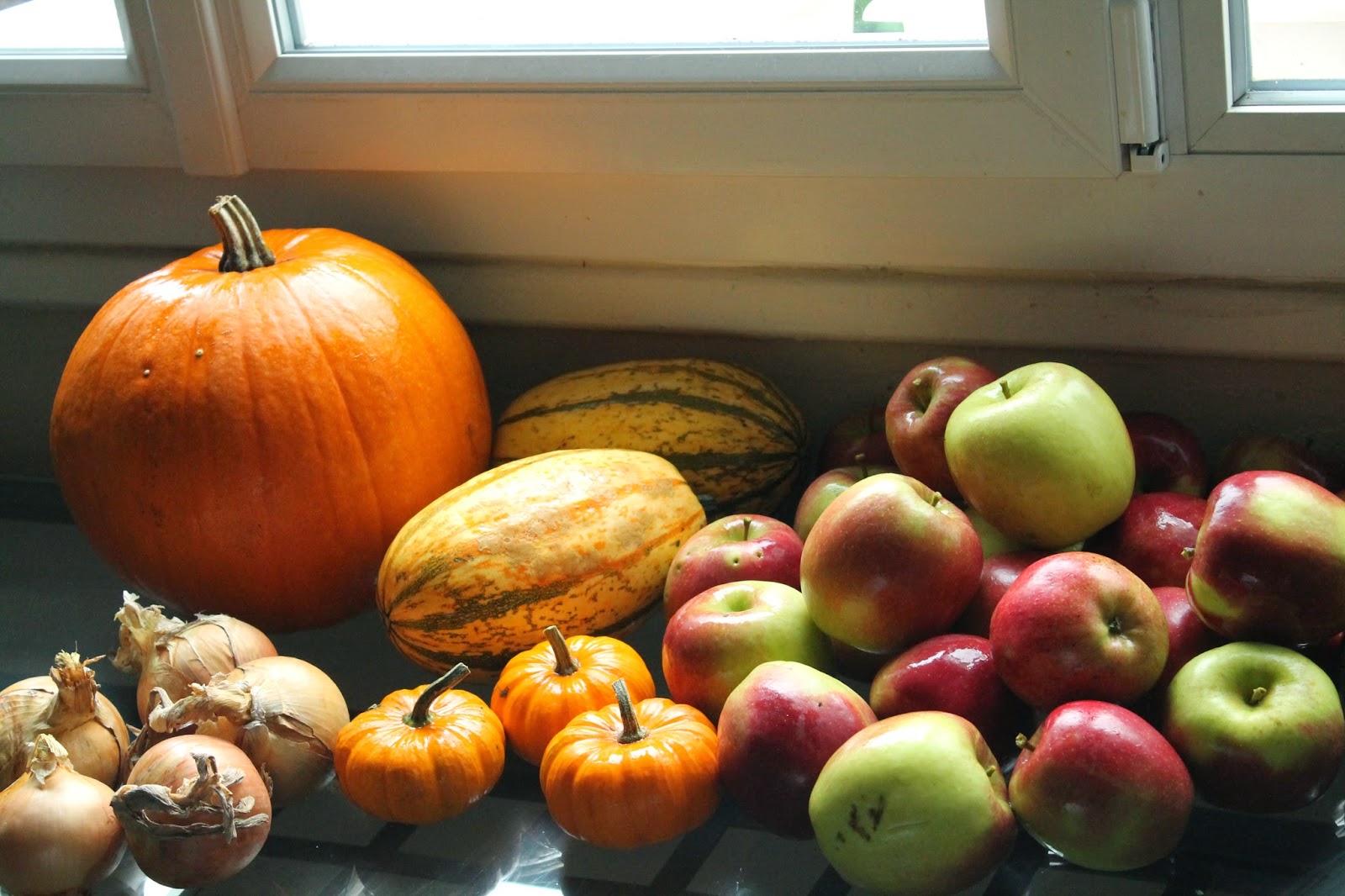 Not too shabby, aye?

The name of the place we went to is called Les Fermes de Gally and you can check out the website here:  http://www.ferme.gally.com/_cueillette-acces-horaires-cueillette-de-gally   There are quite a few cueillettes in the Paris area though, if you're interested, just do a google search for cueillettes in Paris and you're sure to find some! Happy picking!
Posted by Talia at 1:08 PM

Love it! We went to a farm market a couple of times last year, but didn't pick anything. We were lazy and just bought already picked ones in the store. This one looks awesome! And what a beautiful pumpkin!!

Thanks--we had a blast! Definitely a tradition we'll keep up in the future! :)

What a delightful field trip! (I'm just catching up on your posts).