That said, here be the Livster's new crib... haha get it? You guys love my lame sense of humor. Really. 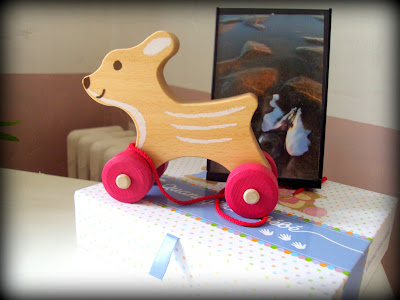 But before we get into the happy baby room pictures, let's just back up a bit and look at what the room looked like when we moved in, shall we? 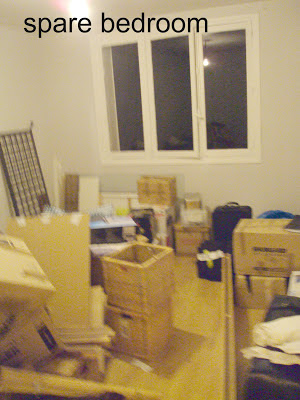 Wow, just makes you want to move right in, doesn't it? But alas, after months of living in our humble abode, it still looked like this... 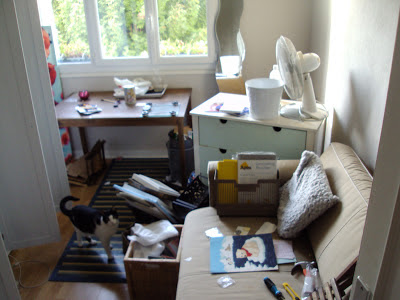 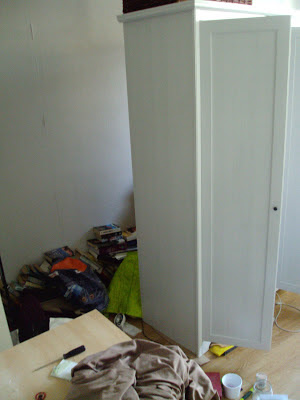 We finally controlled a bit of the chaos to get it looking like this: (already a huge improvement) 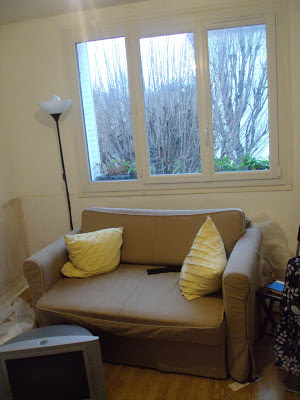 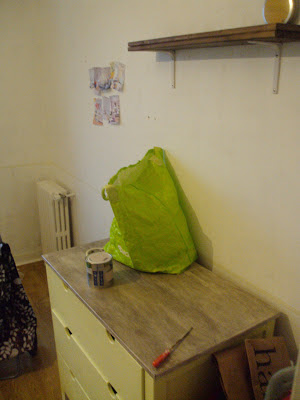 But what to do and how to decorate? Oh the questions that plague us decor freaks. Enter Pinterest, my lovely frenemy (enemy + friend = frenemy). I spent untold (really, it's in my best interest not to tell you guys just how much time I spent on there) hours scouring Pinterest, pinning room pictures that I liked and vetoing anything involving ruffles (unless of course you count the ruffled polka dot bloomers that I just ordered). Unfortunately this did not lead to the genius breakthrough that I was hoping for. The future baby room was just as depressing as ever--no longer an eruption of unorganized crap but far from being the cozy space I was hoping for. After lots of whining and griping to Matt, I had an original idea: make my own real live Pinterest board (haha, it's not like that's what design savvy people did before Pinterest came to be or anything...)! So that's just what I did; it didn't take me long to print off my favorite pics from my online board and tack em' up on those oh so white nursery walls. 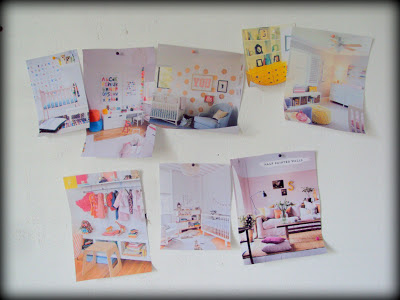 It was like finally connecting the dots in my head: I was going for a light, breezy style with playful pops of color and a dose of femininity (a mini femininity that is!). I desperately wanted to go with a pink metallic polka dot wall like pictured above but alas my hopes were crushed by Amazon and their anti international polka dot shipping grumpiness. (Can you tell I have a slight obsession with polka dots?)  In the end the window wall became more the focal point anyways so I guess my anti-Amazon rants were all for naught. 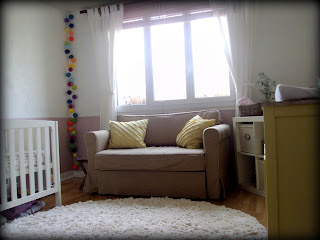 We were super blessed when it came to financing the room; Matt's parents bought us the couch, the dresser (repainted) and Ikea Expedit shelves we already owned, and the crib/mattress were donated to us along with tons of clothes and baby things. All that was left to buy was the giant white armoire (more on that later) and nursery accessories (let's be honest, that's the funnest part anyways...). 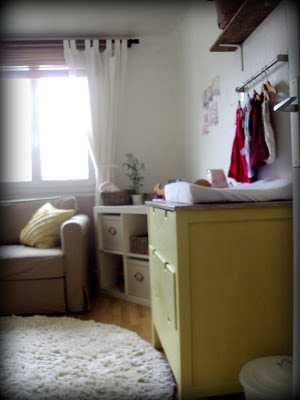 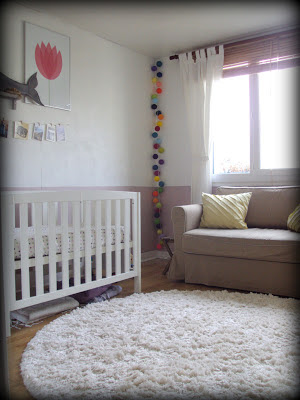 There's lot of stuff from Ikea (as you probably noticed) like the curtains/blinds, baskets, etc. The rug is from an online French store called La redoute as are some of the toys I couldn't resist (the wooden whale puzzle, the stacking rings, and the little deer pull toy). The yarn ball garland is from a Paris boutique chain called La Case de cousin Paul that I seriously drool in front of every time I walk by (I'm surprised I'm not on some stalker watch list by now). 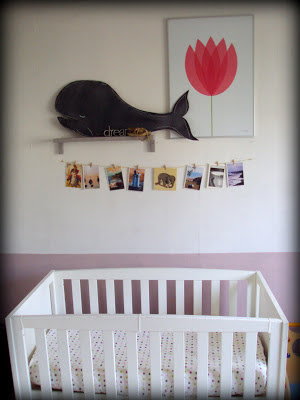 The picture is a print from Showler & Showler (I probably could have bought half the store if had enough wall space for all that cuteness) and the postcards are all ones I've had laying around hoping for a project like this. The whale was birthed from a random idea and  ginormous planks of cardboard I had taking up space. Looking at a sketch of a whale, I penciled in my own version onto one of those big pieces of cardboard then covered it in leftover chalkboard paint. When that was dry I added in the details to the whale with some white chalk. Gotta love free projects. 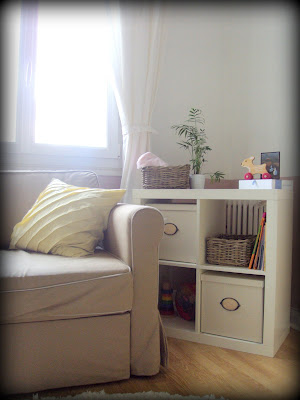 One of the challenges in a French room is that there are rarely closets so I needed some kind of baby clothing storage system. Enter our previous dresser (it used to be light turquoise and can be seen here) that I slapped some paint onto, threw a changing mattress on top of, an Ikea metal bar and some child sized hangers and we were good to go! 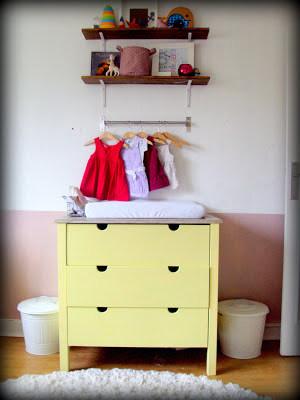 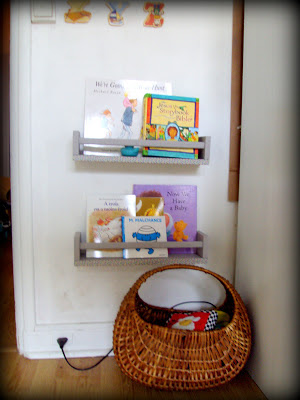 Here's what that side of the room looks like... 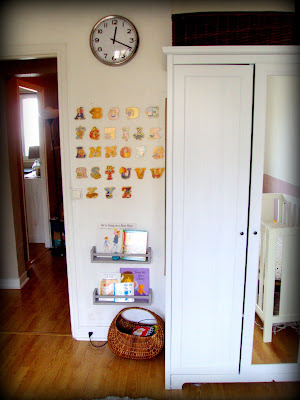 Over the door I added a hanging shoe rack to contain all of little miss' accessories. Seriously, that girl already has quite the shoe and accessory collection going on. I might be alarmed if it weren't all so darn cute! Above the bookshelves is a wooden vintage alphabet that I picked up for 3 euros at a second hand sale. And to the left of the door is where Liv will eventually hang up her coats and whatnot. 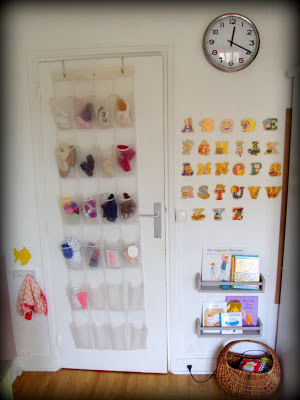 Here's a few close ups:
(eventually I hope to replace some of the postcards with baby/family pics) 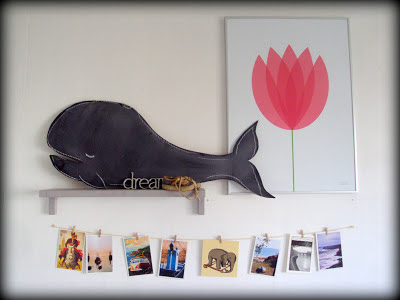 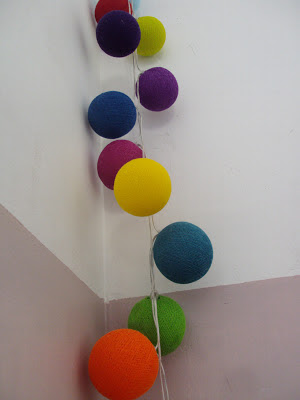 For the more astute among you, you'll have noticed something wonky with the picture frames. One still requires a little art project (will show later) and the other I'm waiting for baby to come so I can put in a good pic. 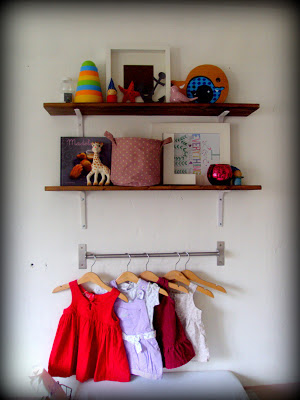 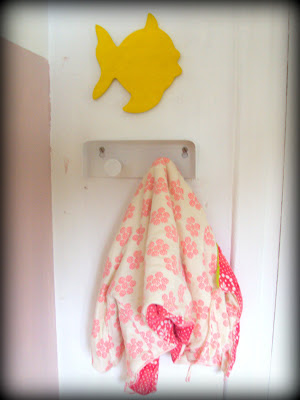 Well this be the last one...you forever have my kudos if you actually made it to the end of this! 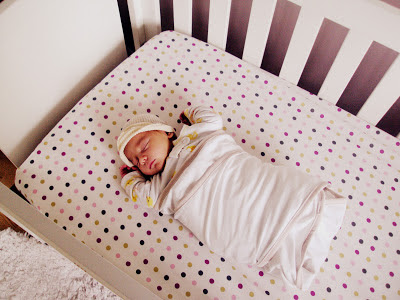