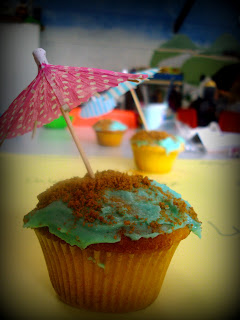 Woo to the hoo. I know I've been a little MIA around here lately but now that summer vacation is finally in full swing (yes, in Franceland we only get two months of vacay unlike you lucky three-sters in the States, although something tells me we make up for it the rest of the year...)! And seeing as how the school year is officially over, it's gotten me thinking about what an odd bunch we teachers are. I mean, you could definitely argue a case for us being the odd ones (you'd probably win that argument btw) but what I really want to say is that our job is kind of an odd one in that it exposes us all the time to a rather odd group of people: parents and their children.  Yes, (God willing) I'll be one of those someday (heaven help us!) but you've got to admit that very normal, average people, when it comes to their offspring, can very easily turn into crazy lunatics given the right child stimuli. So I thought I'd compose a bit of a 'best of' list in tribute to our crazy children and even crazier parents this past year:

I could go on and I'm sure that any other current/former teacher could as well. What can I say? We just cross paths with an odd bunch of folks sometimes. And that is why we teachers so desperately need those summer breaks as a chance to recover and reflect a bit on all that parental randomness. So here's to another month and a half of sun soaking and catching zzz's before it all starts up all over again in September!
Posted by Tal at 9:55 AM

Well, here in the states, the common gift is a Starbucks gift card, which is fine with me; I can't keep a plant alive.

yeah, i'm pretty sure part of it is just your school. you've got some crazy parents!