Some of you may be wondering whatever came of my window gardening post a few months back (see here if you have no idea what I'm talking about). Well don't you worry, I didn't slack off. It took me a few weeks but I finally got down to it and planted a few seeds. Pinterest had this really cool idea where you plant seeds in egg cartons so that when they're seedlings, all you have to do is make a few snips in the carton and you can put your seedling directly into the soil, cardboard and all. 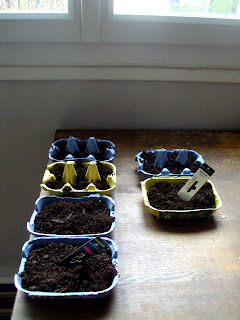 And that's when it happened: lesson number one. Lesson number one is not to believe everything you see on Pinterest. Apparently the cardboard absorbs a ton of water so you'd have to be constantly hovering to wet it down with a spray bottle (why not fan it and give it a few grapes while your at it...) and who has that kind of time? 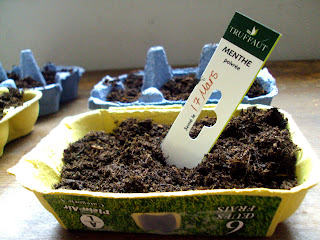 And then there was lesson number two: don't try growing helpless little seedlings with a psychotic cat on the premises. Our darling little angel Fifi thought it would be nice to catapult a few of the egg cartons across the room.

Plant growing lesson number three: just because you sweep up the seeds and dirt all over the floor and slide it back into the egg carton doesn't mean it won't hold a grudge and not grow.

Which brings me to my last and final lesson: just plant the little buggers outside in the first place. They'll be catproof and just might have a chance at making it... 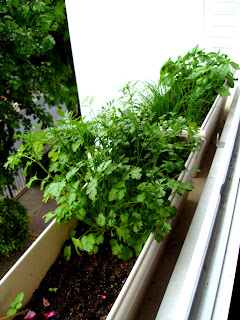 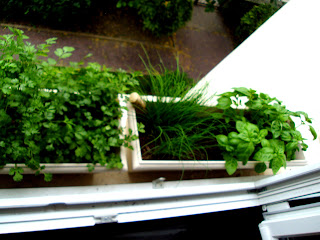 
ps. Secret lesson number six: don't plant mint with anything else that you don't want taken over by the plant.... So they say at least... it doesn't look quite so scary here... 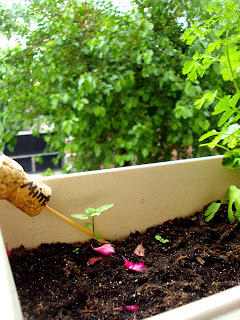 Beware the mint! It really is like a weed, it will consume all in it's path! And it sounds like you and the cat share disaster-making in common. ;)

Looks so cool by the window! I'm so jealous you have fresh herbs. Maybe Fifi is just anti herbs...