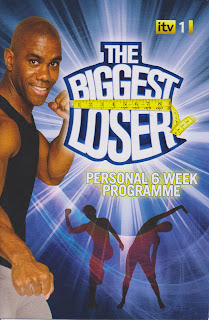 Ok, so I've got a confession to make.
I've got jiggly parts.
Maybe that's not as much of a confession as I had thought because clearly any of you who have already seen me in action already knew that! That is kind of the point of jiggly parts: they jiggle whenever you, well, do just about anything. Technically I fall within a normal and healthy weight range but for the last couple years I've been secretly wanting to take it to the next level. To not be uncomfortable at the swimming pool (okay, let's face it--I'll always be that girl accidentally belly flopping when she meant a swan dive but at least I can limit the awkwardness!). To feel trim and toned and full of energy. To not feel like the "big" one in the group. To feel like I'm honoring God with my body to it's fullest potential. To finally accomplish this something that I've wanted for so long!
Last August I decided to do something about those jiggly parts and came up with a rule for myself: super healthy weekday meals and whatever the heck I wanted on the weekends. This was no small feat considering that I'm a teacher; we practically breathe bad-for-you foods at school between birthday cakes, school celebrations, extra party bags, awesome parents who drop off edible gifts. This also meant not dipping into the kids morning or afternoon snacks...yeah, bye bye cheese and cracker snack packs. But I persevered and managed to drop 6 kilos (13 pounds) by late fall!
The thing is, I'm tall. Really tall. So well I appreciated the weight already lost, it doesn't show like it would on a smaller woman. And since then I've plateaued. So after months of frustrating plateau, I decided to take matters into my own hands with a little help from the hit TV show The Biggest Loser. I wasn't sure how it would go because the show is meant for people who are coming from a much different fitness level than me and I was afraid it would be a little too easy, but I decided to bite the bullet and go for it anyway. Here's the six week plan it comes with: 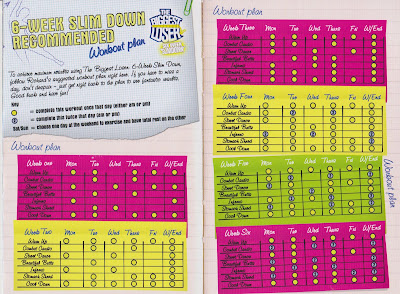 It's pretty funny...imagine Billy Blanks with an English accent and you've got the idea. Because the states is in a different DVD zone than France, American DVDs wont play in our player...thus the British version. I'm three days into the program and feel like I've aged about 50 years. Not kidding you! I have to admit that I went into it....perhaps a bit too cocky...but one session with 'Inferno' and I had changed my tune! Matt (my husband) was taking a nap in the bedroom and finally decided to come out (half awake I might add) to see what was going on. What was going on was me screaming out in agony at some push-up on steroids and British Billy Blanks telling me "Not bad, let's pick up the pace though a bit, shall we?"
Why am I sharing all this? I'm not normally the type of girl that goes around talking about her body issues but I hope by sharing, this blog is going to keep me accountable to finishing the program. And if it motivates anyone else or just makes them chuckle, well then it's worth it! I'll let you know how it goes!
Posted by Tal at 11:30 AM

Wow! I'm incredibly proud of you Tal, especially because you want to honor God in this and are including the accountability component. Not easy to do but I applaud you. I'll add this to my daily prayer for you my dear and stick it in my back pocket for inspiration.

i want to borrow this after you! all i do is go for a jog every once in a while...

Thanks Mom! That really means a lot to hear and yes, I would appreciate all the prayer I can get on this thing!

And Kels, I'll def pass it on once I'm finished! Then we can make fun of British Billy Blanks together :)