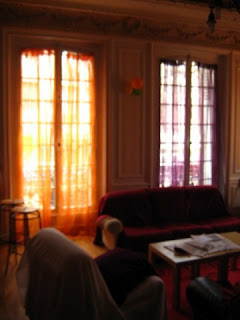 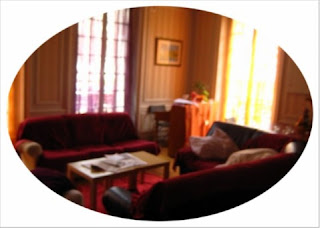 Well hello there ladies and gentlemen! As probably most of you have guessed, after two weeks with no headlines about an American girl getting the boot out of France or any horrendous plane crash, I am neither dead nor wounded but am happily getting settled (petit à petit) into my new place in France. So rest assured: after one very looong flight over the ocean, a bit of jet lag, and somehow managing to drop my passport in the toilet, I have safely arrived. At least I can say that this time the flight did n 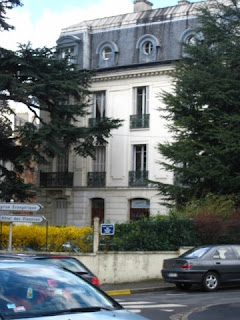 ot involve a family of 6 very rambunctious kids running up and down the aisles while their father nosily reprimanded them in Hebrew and for that I am eternally grateful.

So what's my new home like, you might wonder? Well I'm living at a small bible institute in kind of a dorm style setting with 9 other girls from really all over. I've never seen so much diversity in one place—there's people from Vietnam, Laos, China, Estonia, one the “Stans” from the former USSR, Germany, the Caribbean, Africa, and now: good ol' USA. Let me just say that it's definitely cut down on the pressure to perfect my French accent! 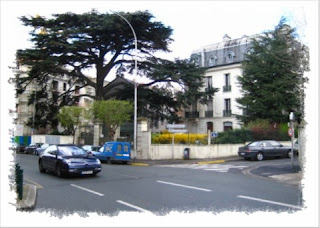 It was just a wee bit of a culture shock to go from speaking 100 % English to the exact opposite when I arrived, but lemme tell ya, it's been one of the best things possible for my French. Already I'm feeling much more confident and comfortable speaking lots of French. (Somehow, last year's middle students

weren't quite as encouraging as the students at the institute are...no clue why...) :)

Since I arrived these last two weeks it's been a whirlwind of activity: I started my part time work in 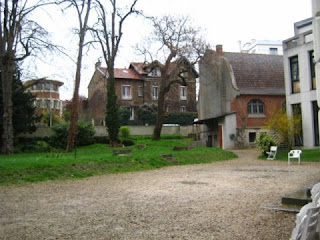 the kitchen at the institute (basically stuff like cleaning,

preparing the meal for the students, dancing around to the music on the radio, etc) my English class (went pretty well: definitely the first time I've ever had to prepare a syllabus and the like, but my students are super excited to start

learning English and I think I even have a few more people who'd like to sign up), and my own classes at the institute (hmm, I thought it would merely be a French class I'd be taking, but somehow I got roped into 2 French classes, and an Old Testament Law class—we'll see how that goes... ).

Highlights of my first two weeks in France: 1) calling Matt “Math” one night because my tongue refused to choose either Matthew or Matt and my brain was too fried to care; 2) showing a whole group of girls my “secret sister” person because I thought the little slip of paper had to do with my internet code; trying chicken stomach for the very first time; and 4) somehow (despite all my long hours spent in food service) managing to send an entire tray and plateful of food flying towards to hallway... Well, that's all for now folks, I'll keep you updated on the adventures to come!

Hi, Talia! It was great hearing from you. I just love the way you describe your very BORING life! Ha! :-) You could make watching paint dry exciting. :-)

I just got back from two weeks in Chicago, and helping with Brayden and Gavin. I miss the silliness of playing with grandsons already. I got to see our townhome in Waukegan (about 30 minutes from Carrie & Adam), and I even decorated the play room. I made a "fire station" out of three big cardboard boxes and covered them with "pretty" paper. :-) I got a couple little fireman hats at the Dollar Tree, as well as a used fire engine from a garage sale for $3. I was pretty proud of myself. While I was there, they had the boys dedicated at church, and I helped out quite a bit in the evenings when Adam either had a youth group activity or a class he was teaching. They will be coming out at Christmas. Can't wait.

So, I see how it is. I'm the only one that can figure out how to comment. :-) I explained it to Aunt Bev the other night, but she prefers to just e-mail, I guess.

We went up to Depoe Bay yesterday. I thought of you and Matt getting engaged on the Oregon Coast. We went up to hear a presentation about a "major time share company", let's just say.:-) The one that Bev, Katelyn, Natalie, and I used to go to Galveston Island a few spring breaks ago. Well, we got our free trip to Vegas for listening for two hours, but we didn't buy. The poor guys tried their best, but they couldn't convince Uncle Bob. :-)

This weekend, I am going with Bob as he attends the funeral of a good friend growing up. Evidently, he was killed in a hunting accident.

I'm making Christmas stockings at Grandma's house, using her machine, as my sewing machine is on the fritz.

Have a good day.

Miss Talia, I'm in Madrid. We should get together sometime, eh? -Kate